Cotyledon and endosperm are two parts of the seed of higher plants. During the germination of the seed, radicle is the first emerging part of the embryo, which involves in the absorption of water from the soil. The radicle develops into the root system of the future plant. Then the cotyledons, which contain the plumule, emerge. Plumule develops into shoot of the future plant, containing stem and leaves. Endosperm is a part inside the seed. The main difference between cotyledon and endosperm is that cotyledon is the embryonic leaf of the seed, which develops into first leaves of the embryonic plant and endosperm is the nutritive tissue, which stores nutrients required by the development of embryo during seedling.

The cotyledon is the embryonic leaf found in the seed-bearing plants. The first leaves appearing from the germinating seed are cotyledons. Cotyledons are found in higher plants, both angiosperms and gymnosperms. Flowering plants (angiosperms) are classified into monocots and dicots, depending on the number of cotyledons appearing from the seed. Gymnosperms are considered as multicotyledonous plants, usually containing 2 to 24 cotyledons surrounding the plumule. Pinus halepensis, which is a gymnosperm containing eight cotyledons, is shown in figure 1. 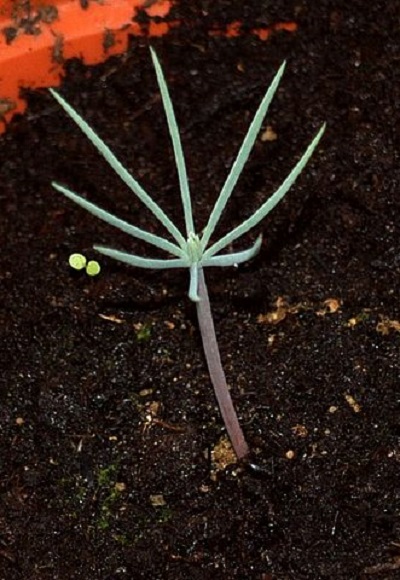 Monocotyledonous plants exhibit a single cotyledon during seedling. In contrast, dicotyledonous plants exhibit two cotyledons during seedling. The cotyledon of monocots like grasses is long and narrow since the endosperm of monocots contains a large storage of food. In addition, the cotyledon of monocots is a highly modified type of a leaf containing scutellum and coleoptile. The scutellum absorbs the food that is stored in the endosperm. The protective cap called coleoptile protects plumule, which is the embryonic shoot.

In dicots, cotyledons are wide and photosynthetic since they store little food in their endosperm. Cotyledons of dicots are, hence, functionally similar to true leaves. However, they are fatty and morphologically distinct to the true leaves. Cotyledons of monocots in the left and dicots in the right are shown in figure 2. 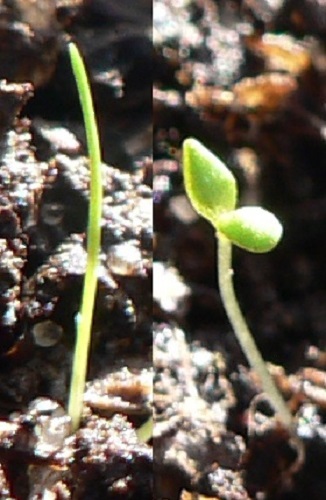 Figure 02: Cotyledons of monocots and dicots

The endosperm is the food storing tissue found inside the seed. Endosperm forms during the triple fusion of embryo sac. The two polar nuclei of the central cell in the embryo sac fertilize by one of the two sperm cells coming through the pollen tube during triple fusion. The resulting primary endosperm nucleus repeatedly divides, forming a triploid tissue. Typically, the endosperm is polyploid, varying from 2n to 15n. Endosperm stores nutrients, required for the development of embryo during seedling. It mainly consists of starch. Oils and proteins are found in the endosperm as well.

A wheat kernel, containing an endosperm is shown in figure 3. 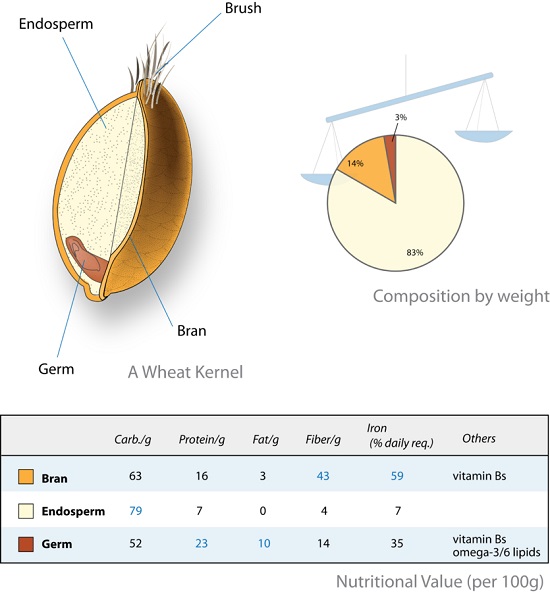 Figure 03: Endosperm of a Wheat Kernel 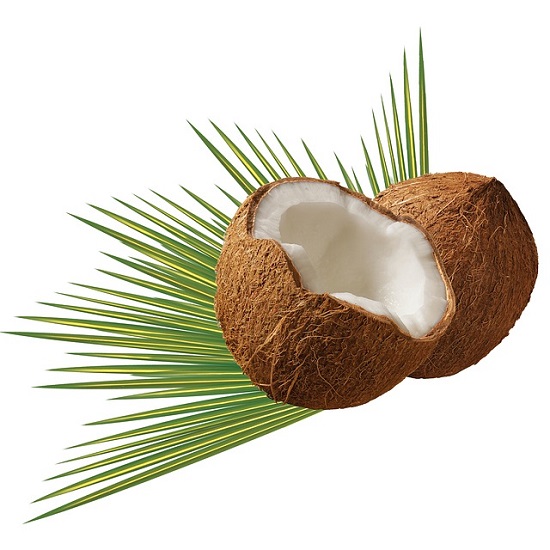 Figure 04: Seed of the Coconut

Difference Between Cotyledon and Endosperm

Cotyledon: Cotyledon is the embryonic leaf of the seed-bearing plants that becomes the first leaves of the plant during seedling.

Endosperm: Endosperm is the nutritive tissue, which surrounds the embryo in the seed, providing nutrients to the development of the embryo.

Cotyledon: Cotyledon possesses plumule and the radicle of the embryonic plant.

Endosperm: Endosperm serves as the nutritive tissue in the seed, containing stored starch, oils and proteins.

Cotyledon: Cotyledons develop as a result of double fertilization.

Endosperm: Endosperm develops as a result of triple fusion during double fertilization.

Cotyledon: Cotyledons form by the fusion of egg cell and sperm cell inside the embryo sac.

Endosperm: Endosperm forms by the fusion of the central cell with the second sperm cells inside the embryo sac.

Cotyledon: A single cotyledon is found in the embryo of monocots.

Endosperm: A large endospaerm is found in monocots.

Cotyledon: Two cotyledons are found in the embryo of dicots.

Endosperm: A little endosperm is found in dicots.

Cotyledon: Cotyledons of dicots are photosynthetic.

Endosperm: Nutrition in endosperm of the dicots is absorbed by the cotyledons.

Cotyledon and endosperm are two parts of the seed of higher plants. Seed develops from the ovule after fertilization. The zygote develops into cotyledons. Primary endosperm nucleus forms by the fusion of a sperm cell with the central cell. It develops into the endosperm. Cotyledon is the embryonic leaf of the seed, which is capable of developing into the shoot of the plant during seedling. Endosperm contains required nutrients for the development of the embryo in the form of either starch, oil, or proteins. Monocots contain a single cotyledon in their seed and dicots contain two cotyledons. The nutrients in the endosperm of dicots is absorbed by the two cotyledons. Therefore, a tiny endosperm is found inside the dicot seed. However, the main difference between cotyledon and endosperm is in their function during seedling.