1. What is Dutch – Facts about Dutch

2. What is Danish – Facts about Danish

3. Difference Between Dutch and Danish – A comparison of important features 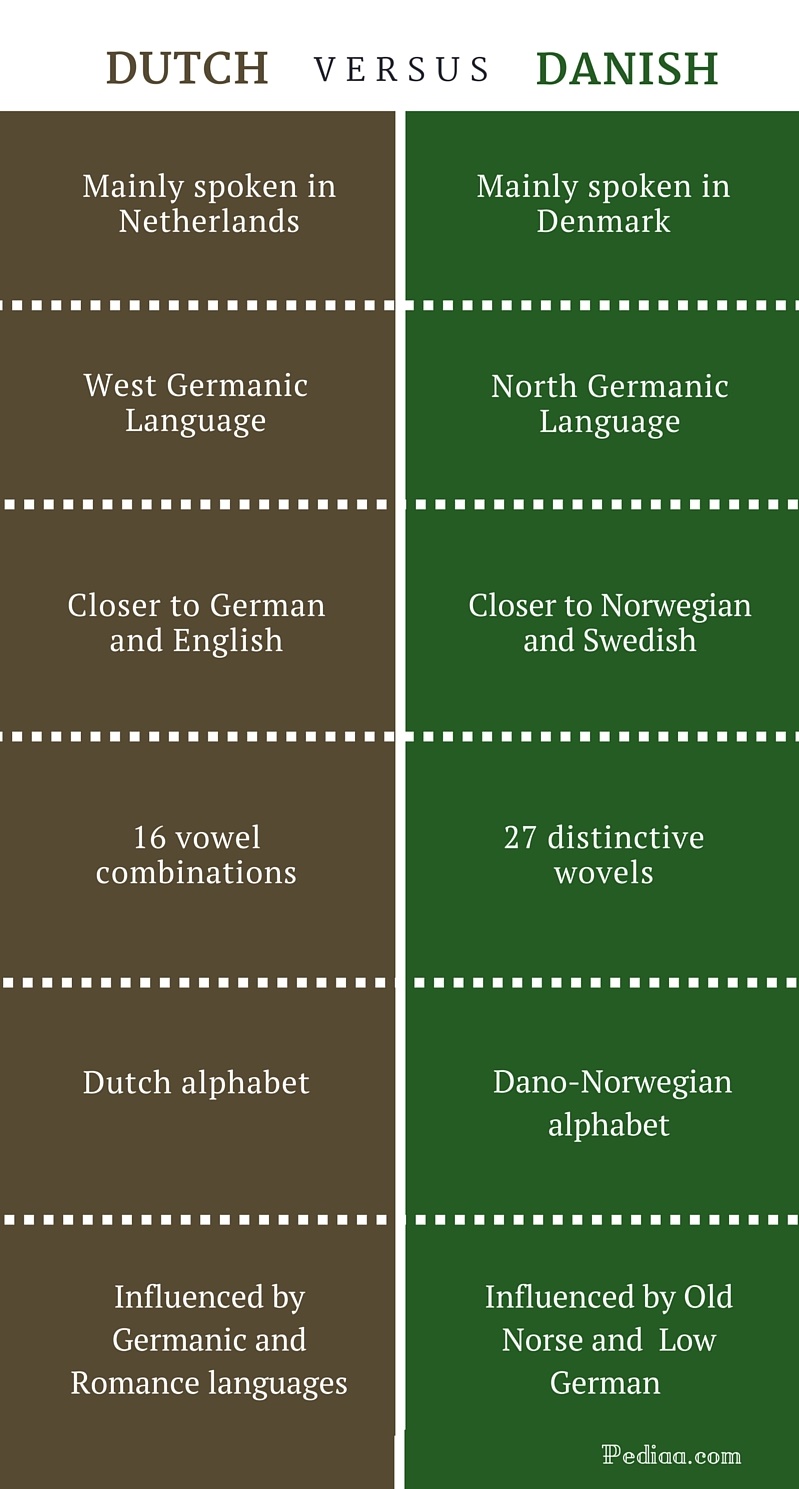 Dutch is a West Germanic language that is spoken mainly in Netherlands. Dutch is also spoken in Belgium and Luxembourg. It is used as a first language by about 23 million people, and another 5 million people speak it as a second language.

Dutch shares some similarities with German and English since all three of them belong to Western Germanic language branch.  In addition, Dutch is said to be more or less between English and Dutch. Dutch grammar is very similar to German, especially in relation to syntax and verb morphology. Dutch vocabulary mostly contains Germanic words. Dutch has not undergone the High German consonant shift; it no longer uses use of the subjunctive and case system.

Danish is a North Germanic language which is mainly used in Denmark. It is spoken by around six million people. Danish also has a minority language status in the region of Southern Schleswig in northern Germany. In addition, Danish-speaking communities can be found in countries like Sweden, Norway, Spain, the United States, Brazil, and Argentina.

Danish is a descendant of Old Norse. It had no standard variety or spelling conventions until the 16th century, and a standard language was developed with the Protestant Reformation and the introduction of printing.

Danish is sometimes considered to be a difficult language to learn and understand since it has a  large vowel inventory and unusual prosody when compared with its neighboring languages. It has a very large vowel inventory comprising 27 phonemically distinctive vowels (12 long vowels, 13 short vowels, and two schwa vowels). Danish is also characterized by a prosodic feature known as stød. 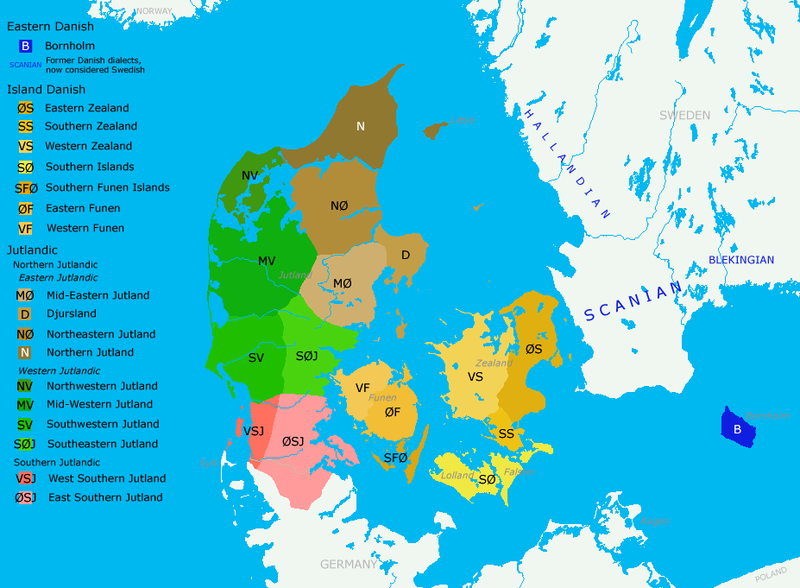 Difference Between Dutch and Danish

Dutch is mainly spoken in Netherlands and Belgium.

Danish is mainly spoken in Denmark.

Dutch is a West Germanic Language.

Danish is a North Germanic Language.

Dutch is somewhat similar to German and English.

Danish is somewhat similar to Norwegian and Swedish.

Dutch vocabulary is influenced by Germanic and Romance languages.

Dutch has a subjunctive form although it is rarely used.

Danish has no subjunctive form.