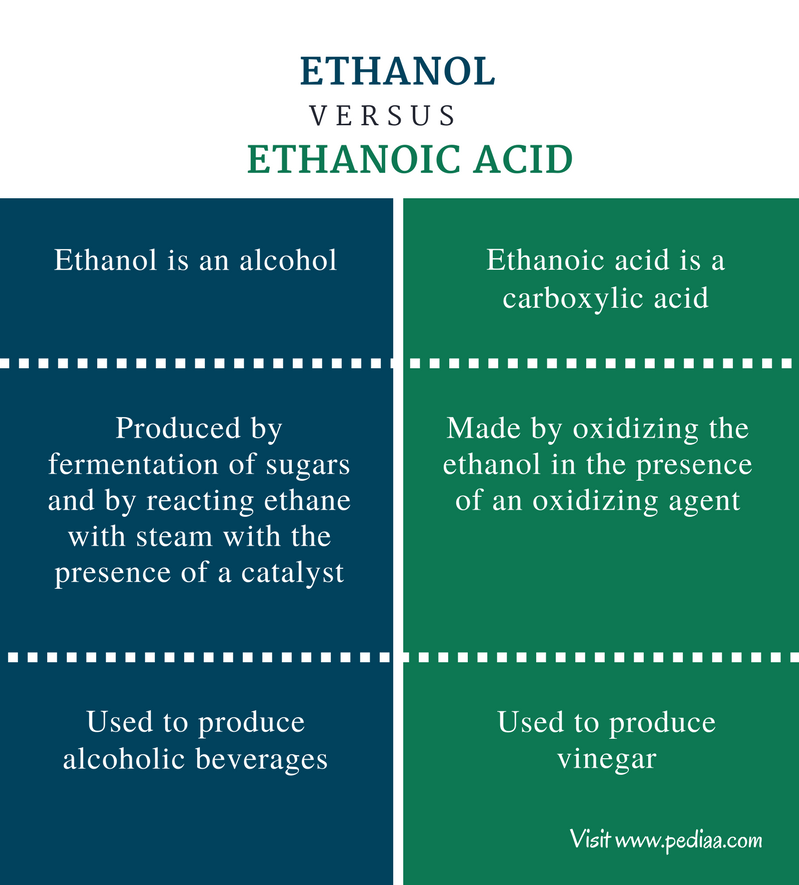 Ethanol is a primary alcohol which has one hydroxyl group (-OH) attached to the carbon atom of the main chain. The chemical formula of ethanol is CH3CH2OH. Hydroxyl group is the functional group of the ethanol. Ethanol is a simple, clear, colorless liquid that is used mainly to produce various alcoholic beverages. There are two methods to produce ethanol. The first method is by the fermentation process of plant materials. However, in industrial scale, ethanol is produced from ethane (alkene), which is resulted from the refining process of crude oil. This is the second method. During this process, ethane is mixed with steam in the presence of phosphoric acid, which is a strong acid catalyst at a moderately high temperature (about 300 °C) and a high pressure (70 atm). Both methods have their own pros and cons.

What is Ethanoic Acid

Difference Between Ethanol and Ethanoic Acid

Ethanol:  Ethanol is an alcohol.

Ethanol: Ethanol is produced by fermentation of sugars and by reacting ethane with steam with the presence of a catalyst.

Ethanoic Acid: Ethanoic acid is made by oxidizing the ethanol in the presence of an oxidizing agent.