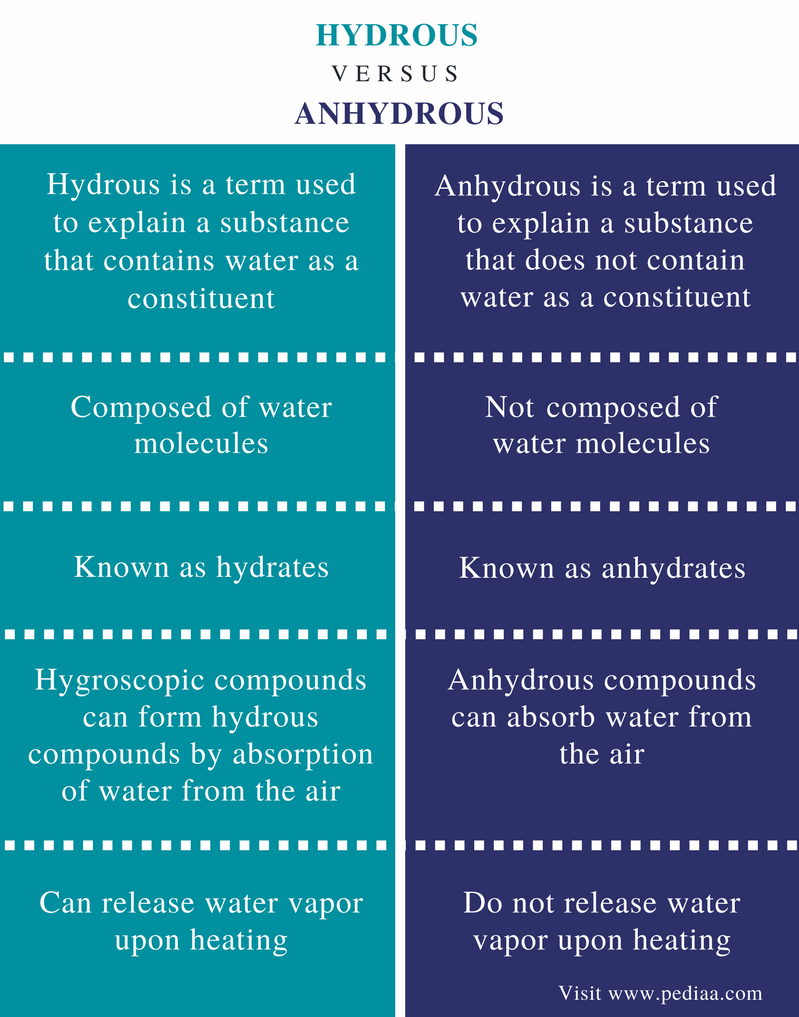 Hydrous is a term used to describe a substance that contains water as a constituent. Hydrous compounds are known as hydrates. Here, water refers to the water of crystallization. This means water can get trapped inside the crystal lattice of substances while crystallization occurs since these compounds cannot crystallize in the absence of water.

The substances that absorb water from the air to form hydrates are known as hygroscopic compounds. This water absorption is often a reversible process. Sometimes, it appears as a color change when water is absorbed, and a hydrate is formed. 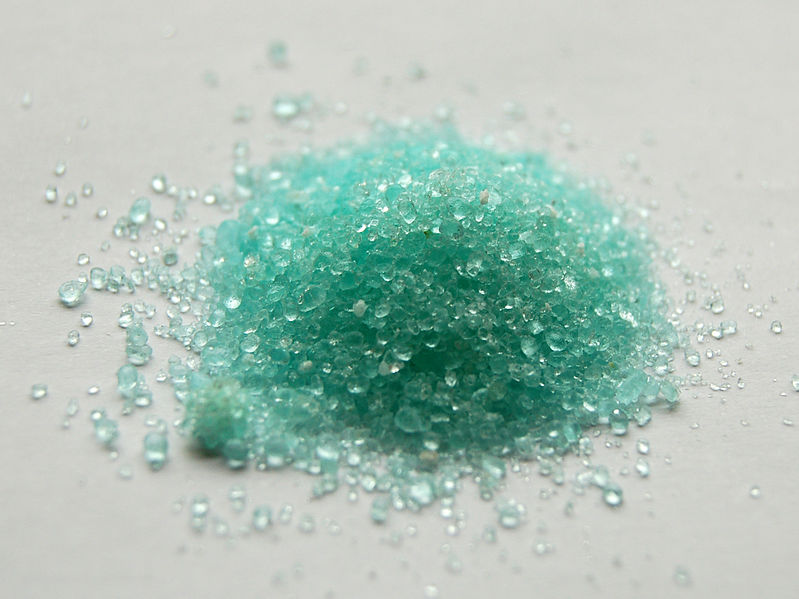 Sometimes, the term anhydrous is used to describe the gaseous phase of a compound. For example, anhydrous ammonia is gaseous ammonia. This is to distinguish it from its aqueous solution. However, the compound has no water molecules. 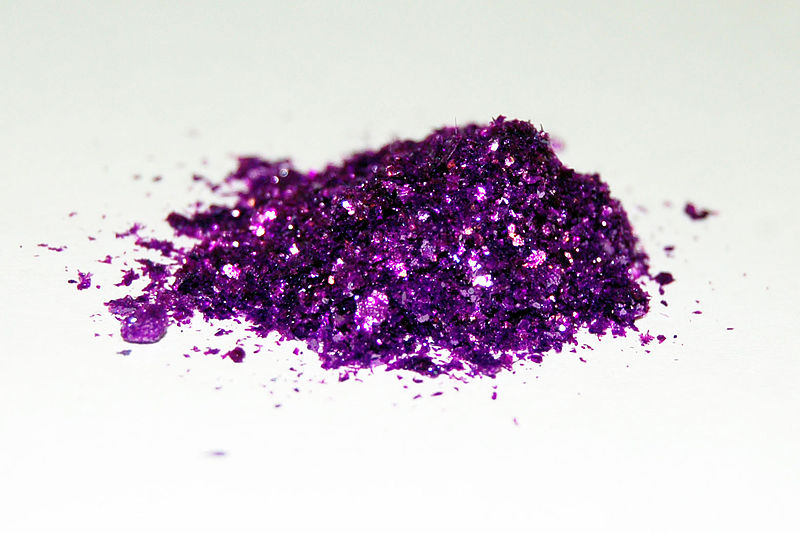 Difference Between Hydrous and Anhydrous

Hydrous: Hydrous is a term used to explain a substance that contains water as a constituent.

Anhydrous: Anhydrous is a term used to explain a substance that does not contain water as a constituent.

Anhydrous: Anhydrous compounds are not composed of water molecules.

Hydrous: Hygroscopic compounds can form hydrous compounds by absorption of water from the air.

Anhydrous: Anhydrous compounds can absorb water from the air.

Anhydrous: Anhydrous compounds do not release water vapor upon heating.