2. What is Szechuan?
– Meaning, Ingredients, Characteristics

3. What is the difference between Kung Pao and Szechuan? 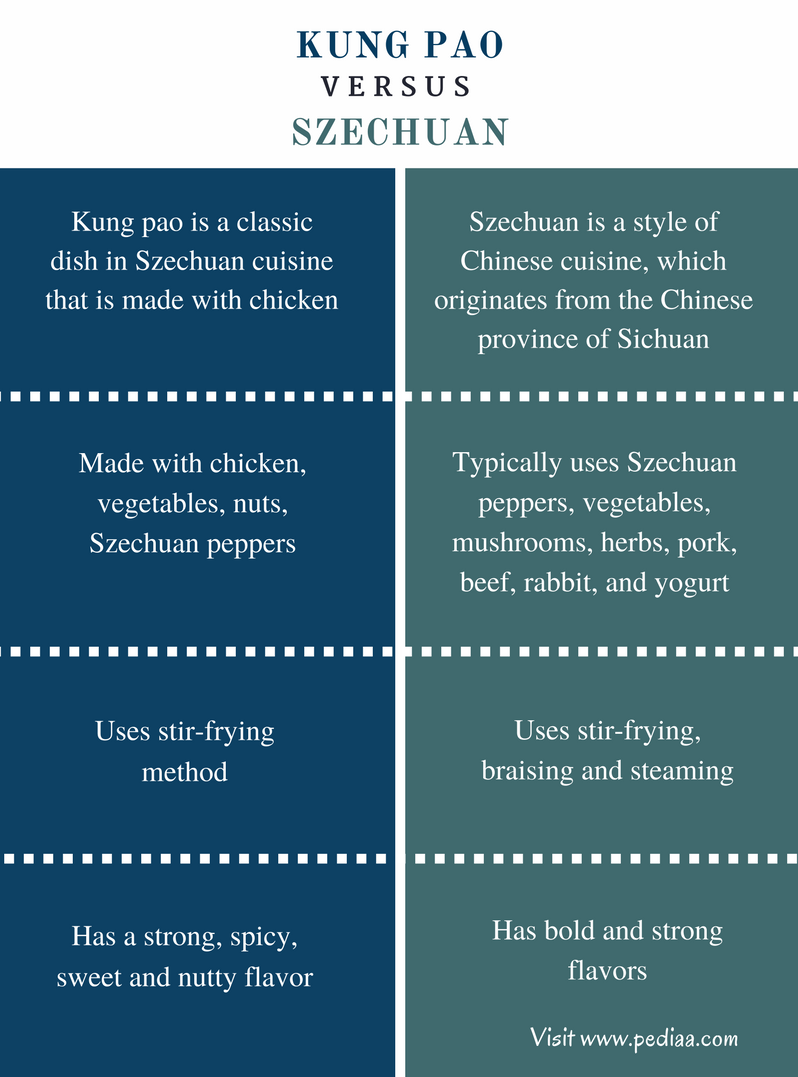 Szechuan, also known as Sichuan or Szechwan, is a style of Chinese cuisine, which originates from the province of Sichuan, China. There are many variations of this cuisine. Some of these variations include

Sichuan province is a fertile region for the production of rice, vegetables, mushrooms and herbs. Therefore, these ingredients are commonly used in this style of cuisine. The main meat used in this cuisine style is pork; beef is also more popular compared to other types of Chinese cuisines. Unlike many other styles of Chinese cuisines, Szechuan also uses rabbit meat. Use of yogurt is also another special characteristic of Szechuan, which makes it different from other styles.

This style of cuisine has bold flavors – the spiciness and pungency of Szechuan cuisine result from the generous use of Szechuan pepper, garlic, and chili peppers. Szechuan peppers, which gives this cuisine its characteristic bold flavor, has an extremely fragrant, citrus-like flavor. Broad bean chili paste, which is used commonly as a seasoning, is another specialty in this cuisine. There are seven basic flavors in Szechuan cuisine: hot, sweet, bitter, sour, pungent, aromatic, and salty. 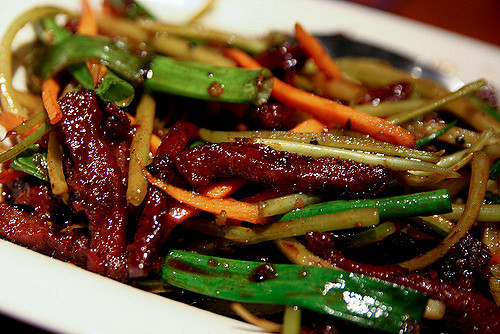 What is Kung Pao

Kung Pao is a classic dish in Szechuan cuisine. It is a spicy dish made with stir-fried chicken. This dish is also known as Gong Bao or Kung Po. This dish is also popular in westernized Chinese cuisine and can be found throughout China, with regional variations. But most of these variations are not as spicy as the original Szechuan Kung Pao.

Kung Pao is usually made with chicken, vegetables, peanuts and chili peppers. Classic Szechuan dish is made with Szechuan peppers. This dish typically has a strong, spicy and nutty flavor.

Sichuan peppers are the most important component of the dish, which gives the authentic Szechuan flavor. Fresh peanuts, not roasted ones, are usually added to this dish. 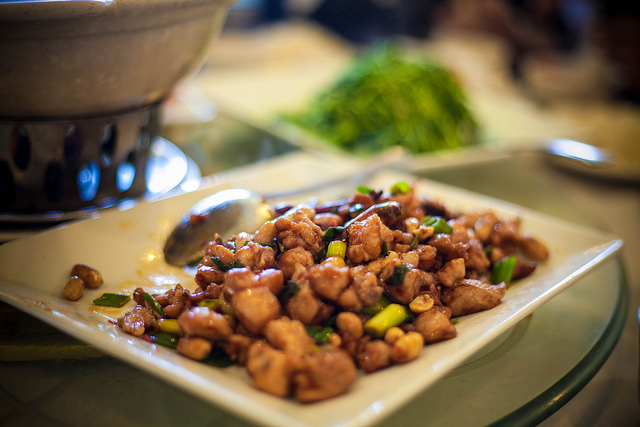 Difference Between Kung Pao and Szechuan

Kung Pao: Kung pao is a classic dish in Szechuan cuisine that is made with chicken.

Szechuan: Szechuan is a style of Chinese cuisine, which originates from the Chinese province of Sichuan.

Kung Pao: Kung Pao is made with chicken, vegetables, nuts, and Szechuan peppers.

“Kung Pao Chicken” by Sodanie Chea (CC BY 2.0) via Flickr