Language is the method of human communication, either spoken or written, consisting of the use of words in a structured and conventional way. Dialect is a variety of language distinguished by grammar, pronunciation, or vocabulary, spoken in a specific area by a specific group of people. This is the main difference between language and dialect. Let’s explore the differences between language and dialect in this article. 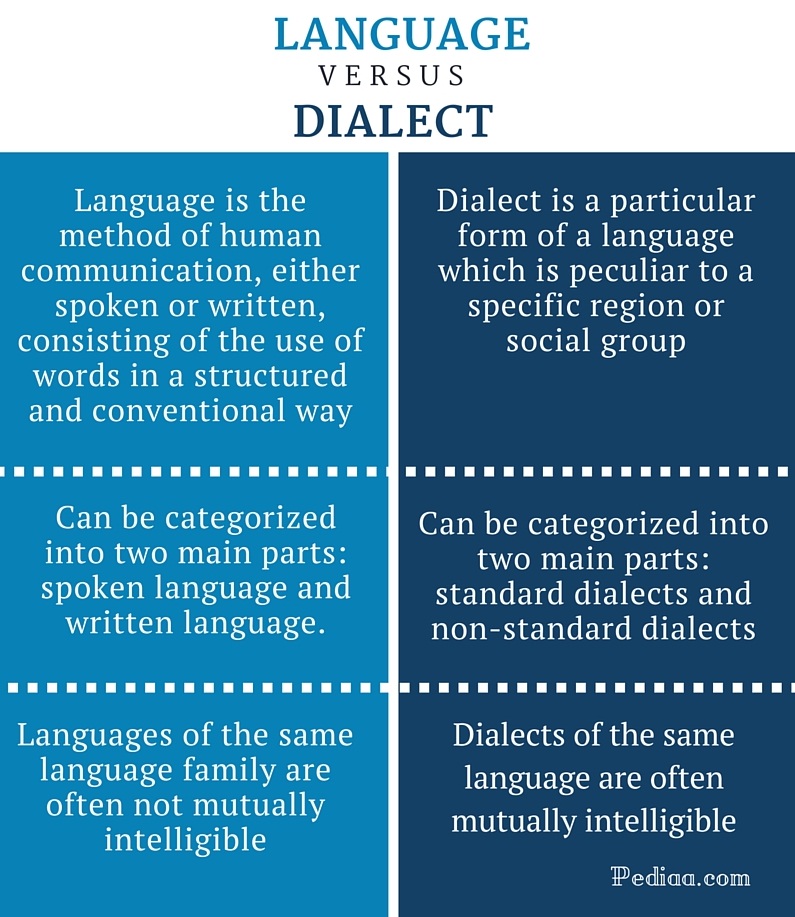 Language is an abstract system of symbols and meanings governed by grammatical rules. There are two main aspects of language: spoken (oral) language and written language. Orality is the primary aspect of a language since the function of writing and reading follows speaking and listening.

Although language is governed by a set of rules, it is not static. The language evolves and changes and every moment. For example, new words, new sentence structures, etc. are constantly introduced to the language. With the passage of time, they become a part of the language. Similarly, some words become archaic and go out of use or change their meaning. It is the mainly the speakers of the language that are directly responsible for these changes. Language is a fascinating subject, and it can be studied under various categories such as phonology, morphology, syntax, and semantics.

Dialect is a version of a language spoken in a particular geographical area or by a particular group of people. This could also be explained as a social or regional variety of a language distinguished by grammar, pronunciation, or vocabulary; this is especially a way of speaking that differs from the standard variety of the language. For example, Cantonese and Mandarin are often classified as dialects of Chinese.

In addition, there is no globally accepted standard to distinguish the difference between language and a dialect of a language. One of the most common ways of identifying the difference is their mutual intelligibility. If two speakers of two varieties can understand each other, then it is accepted that the two varieties are two dialects; if not, they are considered to be two different languages. 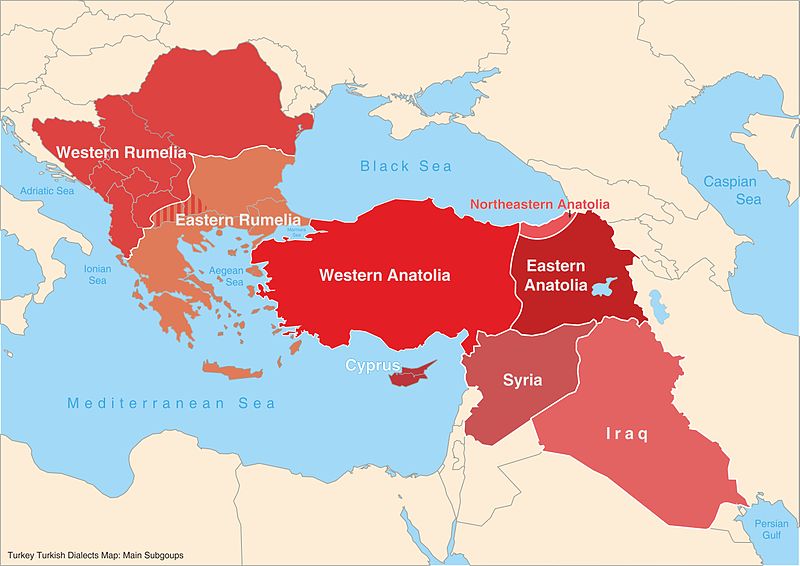 Difference Between Language and Dialect

Language is the method of human communication, either spoken or written, consisting of the use of words in a structured and conventional way.

Dialect is a particular form of a language which is peculiar to a specific region or social group.

Language can be categorized into two main parts: spoken language and written language.

Languages of the same language family are often not mutually intelligible.

Dialects of the same language are often mutually intelligible.