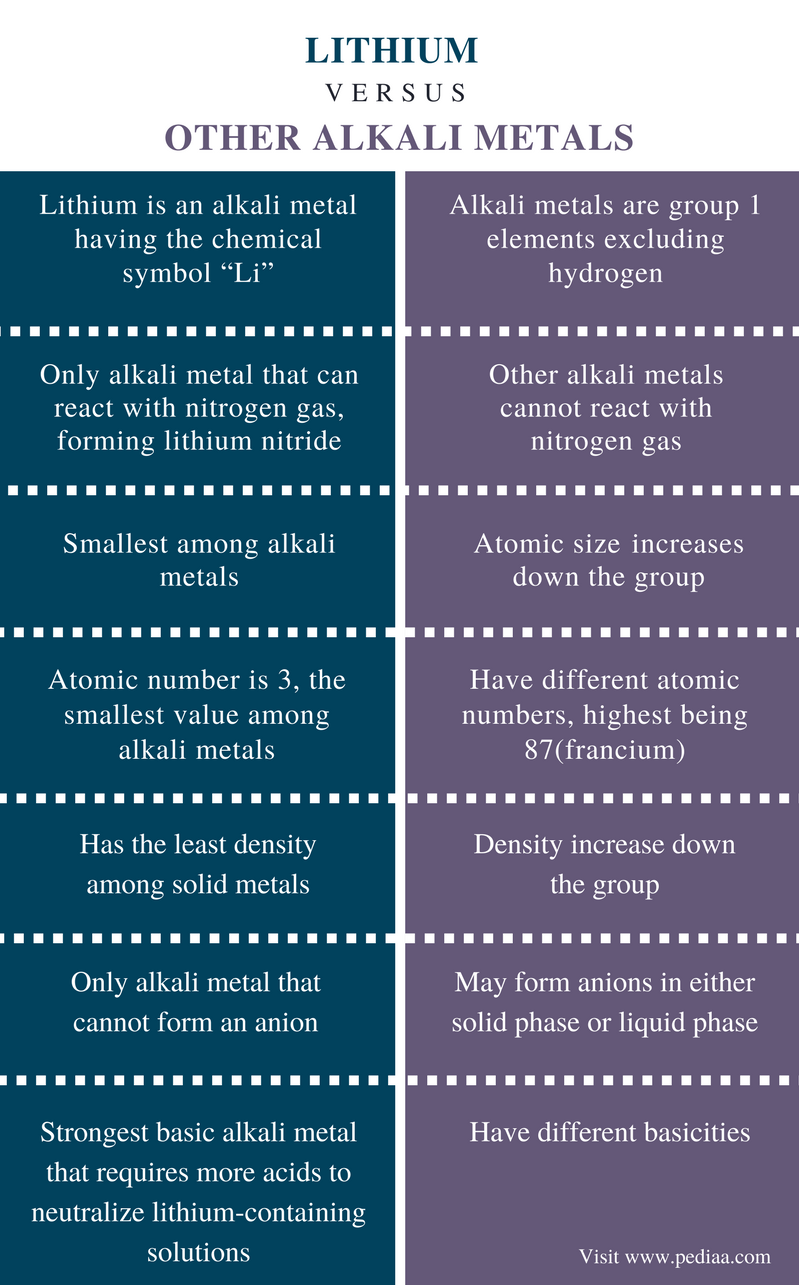 Lithium is an alkali metal having the chemical symbol “Li”. It is believed that lithium is one of the only three elements which were produced in considerable amounts by the Big Bang, other two elements being Hydrogen and Helium. Followings are some chemical facts of lithium. 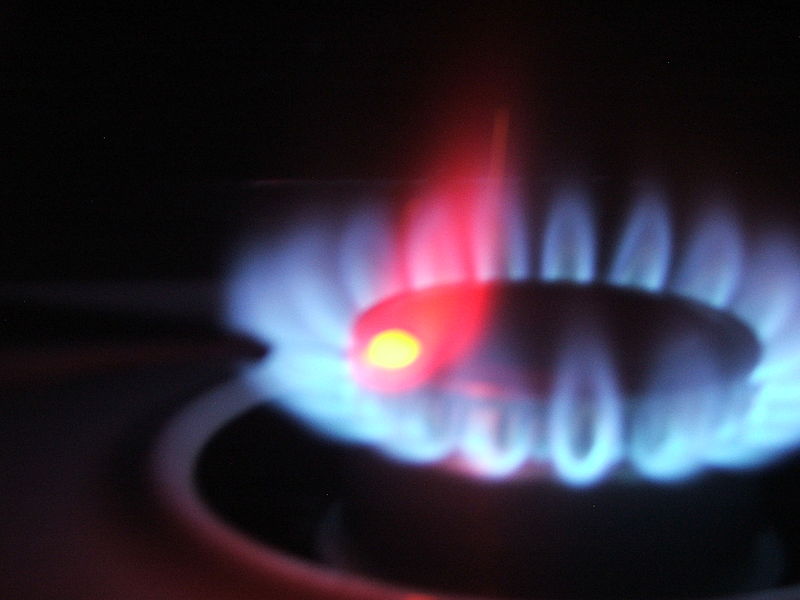 Lithium is very light and soft, i.e., it can be cut simply using a knife. Lithium can float on water and is highly reactive. The reaction is often explosive and produces lithium hydroxide. However, lithium is the only alkali metal that cannot form an anion. But lithium readily forms the cation Li+, by removing one of its three electrons.

Although lithium has some similar properties to that of other alkali metals, there are some different and unique properties as well. Lithium compounds require more acids to neutralize its alkaline solutions than other alkali metals. In other words, lithium forms the strongest alkaline solutions. Lithium is the only alkali metal that can react with nitrogen. It gives lithium nitride salt. At room temperature and pressure, lithium metal reacts with nitrogen gas as follows.

Lithium has the least density among alkali metals. It does not freely occur in nature due to its high reactivity. When lithium metal is kept exposed to air, it oxidizes quickly, forming oxide coating in black color.

What are Alkali Metals

Alkali metals are group 1 elements excluding hydrogen. Therefore, the members of this category include Lithium, Sodium, Potassium, Rubidium, Caesium and Francium. They are known as alkali metals since the compounds they form are alkaline (basic compounds).

When going down the group of alkali metals, there are some periodic variations as listed below.

Figure 2: Alkali Metals Have Lower Electron Affinities than Other Elements.

These are only some of the properties. Now, let us consider some facts about the members of this group in brief.

Lithium is the smallest element among alkali metals. More facts about lithium are discussed above.

Sodium is a chemical element having the atomic number 11 and chemical symbol “Na”. The atomic weight of sodium is about 22.98 amu. The melting point is 97.79 °C and the boiling point is 882.8 °C. At room temperature and pressure, sodium is in the solid phase. Although it has a metallic shiny appearance, it is a soft metal which can be easily cut using a knife.

Sodium is highly reactive. It readily reacts with oxygen and water. Hence, the metallic form of sodium has fewer applications. It cannot be used as a construction material because it is too soft and highly reactive. When burnt, sodium gives a yellow-orange flame. When a tiny piece of sodium is added to water, it shows a highly explosive reaction.

Potassium is the third alkali metal found down the group 1 of the periodic table. Potassium is an element that is absolutely necessary for both plants and animals. Sir Humphry Davy isolated potassium element by electrolysis of molten potassium hydroxide (KOH). Potassium metal is soft and silvery white in color. It has a very low melting point. Since it is a metal, it is a good electrical conductor. Potassium is the seventh most abundant element on earth. Most commercially available compounds are obtained from electrolysis of certain compounds such as carnallite because elemental potassium is present in water insoluble sediments and rocks, which makes it difficult to be extracted.

Rubidium is a chemical element with the symbol Rb and is an alkali metal. It is a soft metal having a silver white appearance. It is highly reactive. It has some isotopes that are slightly radioactive. Rubidium metal is easily vaporized. The melting point is 39.30 °C and the boiling point is 688 °C. But at room temperature, it is in a solid state.

Caesium is a chemical element having the chemical symbol Cs. Atomic number of caesium is 55. It has a pale gold appearance. The standard atomic weight of this metal is 132.9 amu. It is in solid phase at room temperature.  The melting point is 28.5 °C and the boiling point is 671 °C. It has only one stable isotope and other isotopes are radioactive.

Difference Between Lithium and Other Alkali Metals

Lithium: Lithium is an alkali metal having the chemical symbol “Li”.

Lithium: Lithium is the only one alkali metal that can react with nitrogen gas and it forms lithium nitride.

Other Alkali Metals: Except lithium, other alkali metals cannot react with nitrogen gas.

Lithium: Lithium is the smallest among alkali metals.

Other Alkali Metals: The atomic size of alkali metals increase down the group.

Lithium:  The atomic number of lithium is 3, the smallest value among alkali metals.

Lithium:  Lithium has the least density among solid metals.

Other Alkali Metals: The density of alkali metals increase down the group.

Lithium: Lithium is the only alkali metal that cannot form an anion.

Other Alkali Metals:  Other alkali metals may form anions in either solid phase or liquid phase.

Alkali metals are chemical elements that form compounds with basic properties. The members of this group include lithium, sodium, potassium, rubidium, caesium and francium. The main difference between lithium and other alkali metals is that lithium is the only alkali metal that reacts with nitrogen.