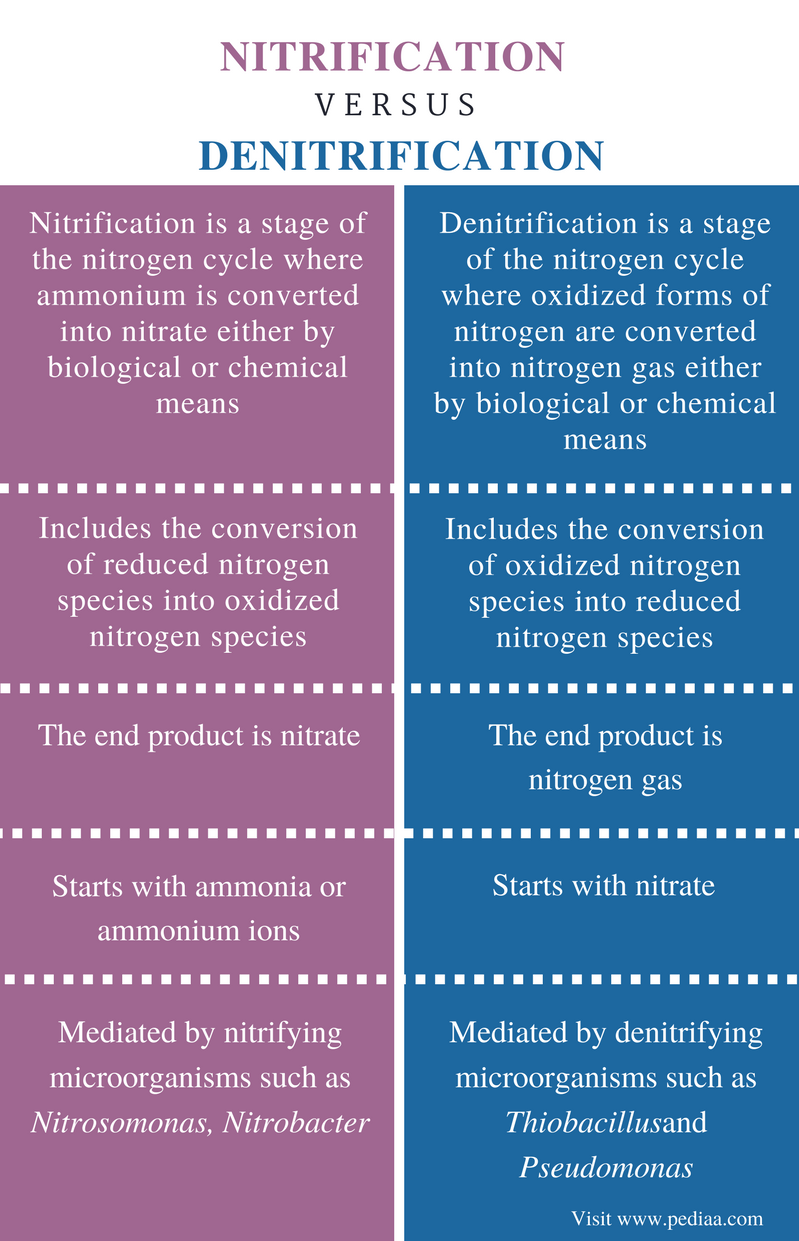 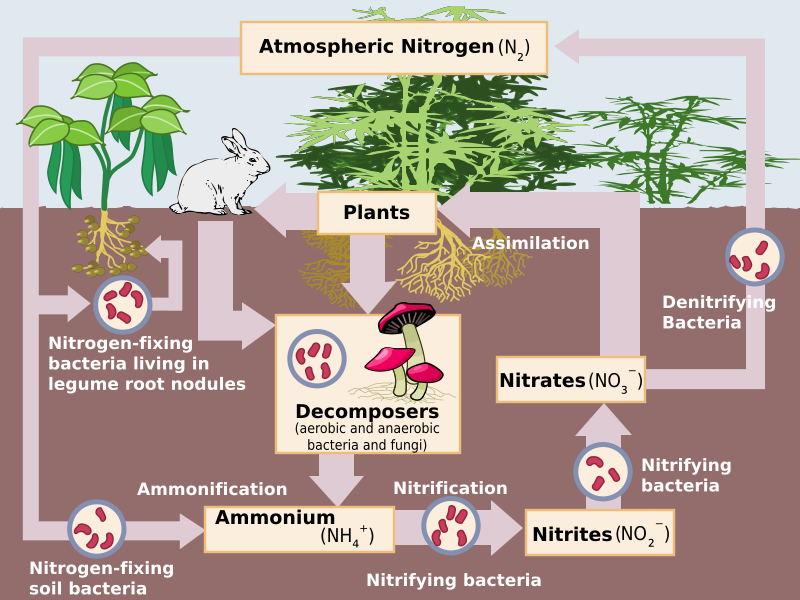 This group of microorganisms includes obligate autotrophs and ammonia-oxidizing archaea. The most common and well-known bacteria in this process is Nitrosomonas. They can mediate the conversion of ammonia or ammonium into nitrite as follows.

This group includes bacteria that can convert nitrite into nitrate. The most common and well-known bacteria in this process is Nitrobactor. The reaction is as follows. 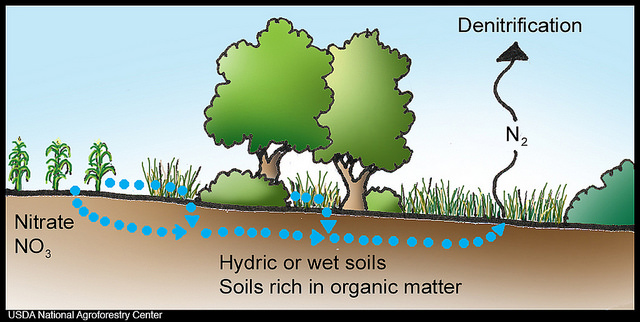 Nitrification: Nitrification is a stage of the nitrogen cycle where ammonium is converted into nitrate either by biological or chemical means.

Denitrification: Denitrification is a stage of the nitrogen cycle where oxidized forms of nitrogen are converted into nitrogen gas either by biological or chemical means.

Nitrification: Nitrification is mediated by nitrifying microorganisms such as Nitrosomonas, Nitrobacter.