Amino acid and protein are two types of important biomolecules in the animal body. An amino acid sequence that is bound together as a string via peptide bonds is called a protein. The main difference between amino acid and protein is that amino acid is the building block of a protein whereas protein plays a vital role in the body as a structural and functional molecule. Twenty amino acids are involved in the synthesis of proteins inside living organisms. Both Amino acids and proteins can be taken into the body through the diet. Proteins in the diet are broken down into amino acids during digestion. Therefore, our body synthesizes all proteins required by the functioning of a body cell. The amino acid sequence of a protein is determined by the instructions in genes. 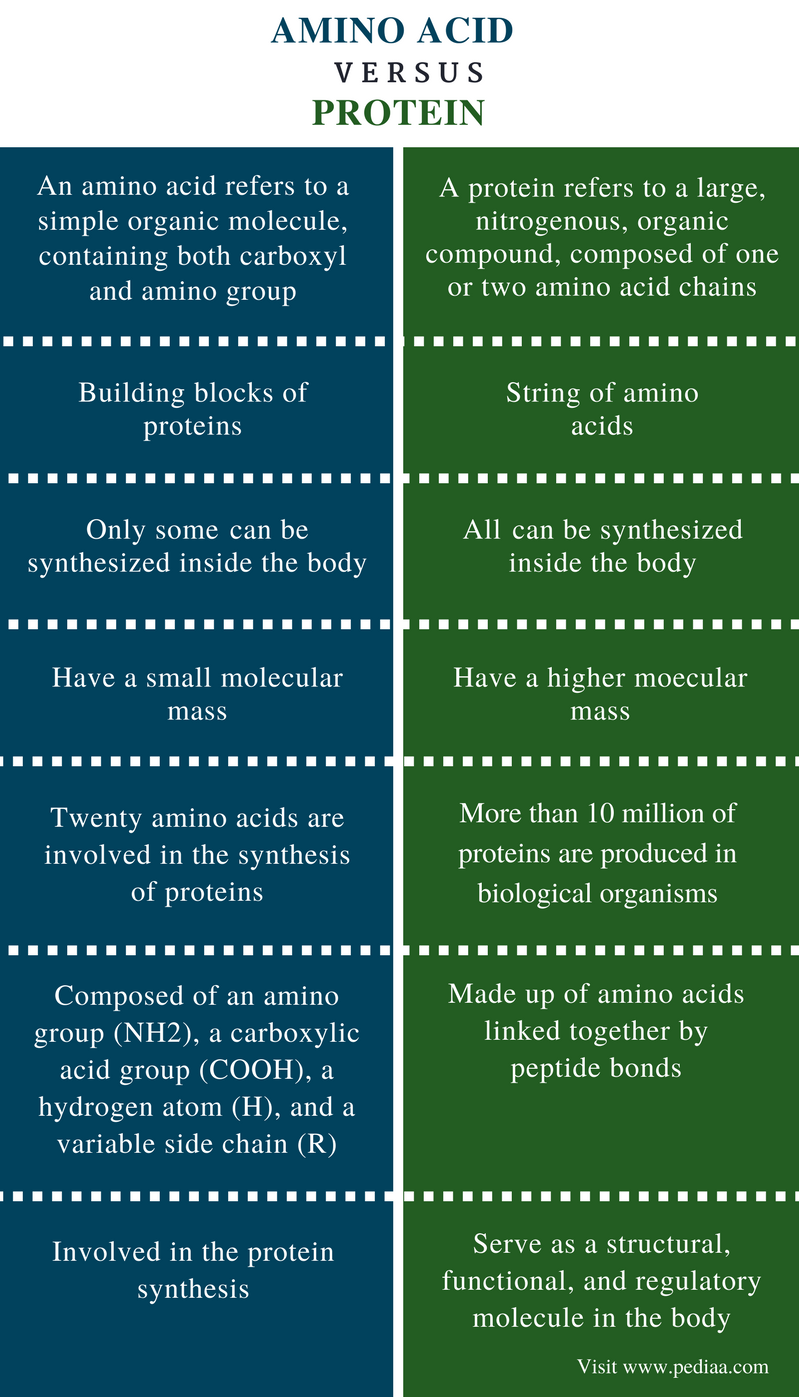 What is an Amino Acid

An amino acid refers to a simple organic molecule in the body. Generally, twenty different amino acids, which serve as building blocks of proteins, can be identified. They are called universal amino acids. All amino acids share a common, basic structure in which four chemical groups bind to the central carbon atom. These four chemical groups are an amino group (NH2), a carboxylic acid group (COOH), a hydrogen atom (H), and a variable side chain (R). Both carboxylic and amino groups are attached to the same carbon. The structure of a typical amino acid is shown in figure 1. 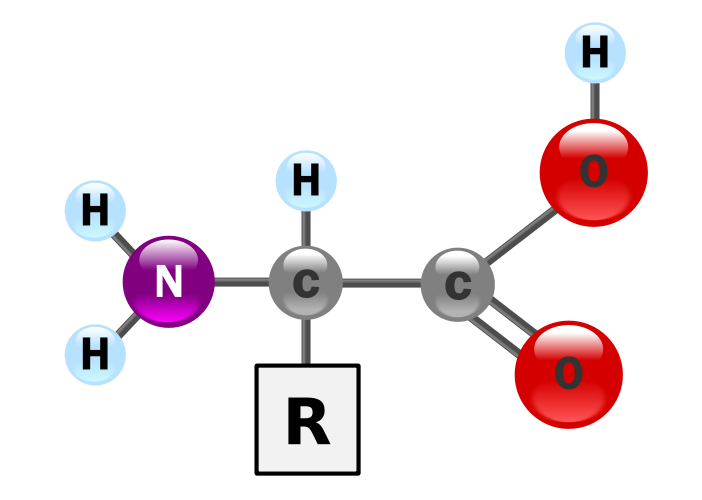 Figure 1: Structure of an Amino Acid 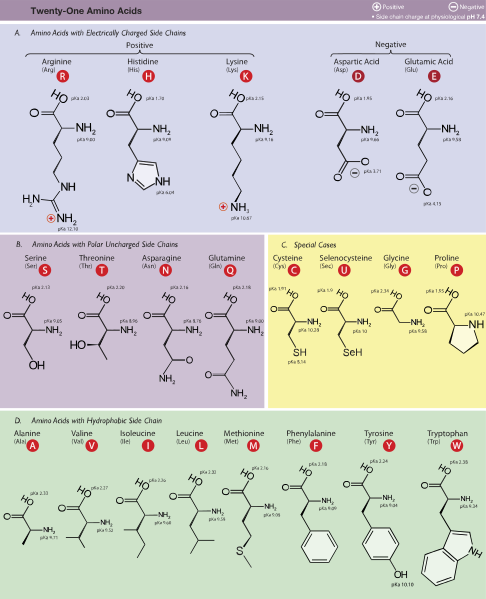 Other amino acids are synthesized inside the body in various biochemical pathways.

A protein is a large, nitrogenous, organic compound, composed of one or two amino acid chains. A protein is made up of an alternative assembly of universal amino acids. Hence, a protein is a polymer. Peptide bonds are formed between amino groups and carboxyl acid groups of adjacent amino acids. Thus, proteins are also called polypeptides. Typically, a natural polypeptide may consist of 50 – 2000 amino acids. However, proteins are very complex and dynamic type of molecules, consisting of four structural levels: primary, secondary, tertiary, and quaternary structure. Different combinations of amino acids give different properties to proteins. Humans have of 20,000 to 25,000 protein-coding genes. From that, about 2 million of different protein types can be synthesized. However, the human body consists of around 50,000 proteins. The study of the structure and function of those proteins is called proteomics. The main structural levels of a protein are shown in figure 3. 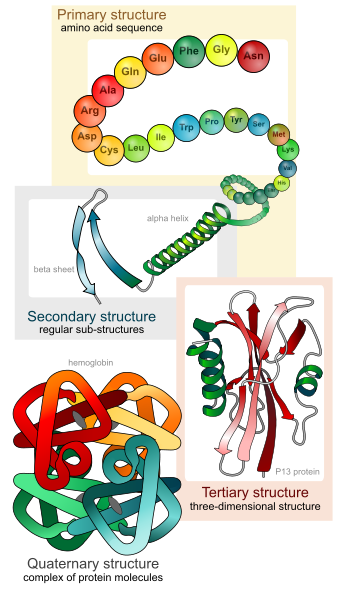 Figure 3: Structural Levels of a Protein

Similarities Between Amino Acid and Protein

Difference Between Amino Acid and Protein

Protein: A protein refers to a large, nitrogenous, organic compound, composed of one or two amino acid chains.

Amino Acid: Amino acids are the building blocks of proteins.

Protein: A protein is a string of amino acids.

Synthesis Inside the Body

Amino Acid: Only some of the amino acids can be synthesized inside the body.

Protein: All the proteins required by the body are synthesized inside the body.

Protein: Proteins are macromolecules. Therefore, they have a higher molecular mass.

Amino Acid: Twenty amino acids are involved in the synthesis of proteins in all living organisms.

Protein: More than 10 million of proteins are produced in biological organisms.

Amino Acid: An amino acid is composed of an amino group (NH2), a carboxylic acid group (COOH), a hydrogen atom (H), and a variable side chain (R).

Protein: Proteins are made up of amino acids linked together by peptide bonds.

Amino Acid: Amino acids are involved in the protein synthesis.

Protein: Proteins serve as a structural, functional, and regulatory molecule in the body.

How are Proteins Constructed from Amino Acids