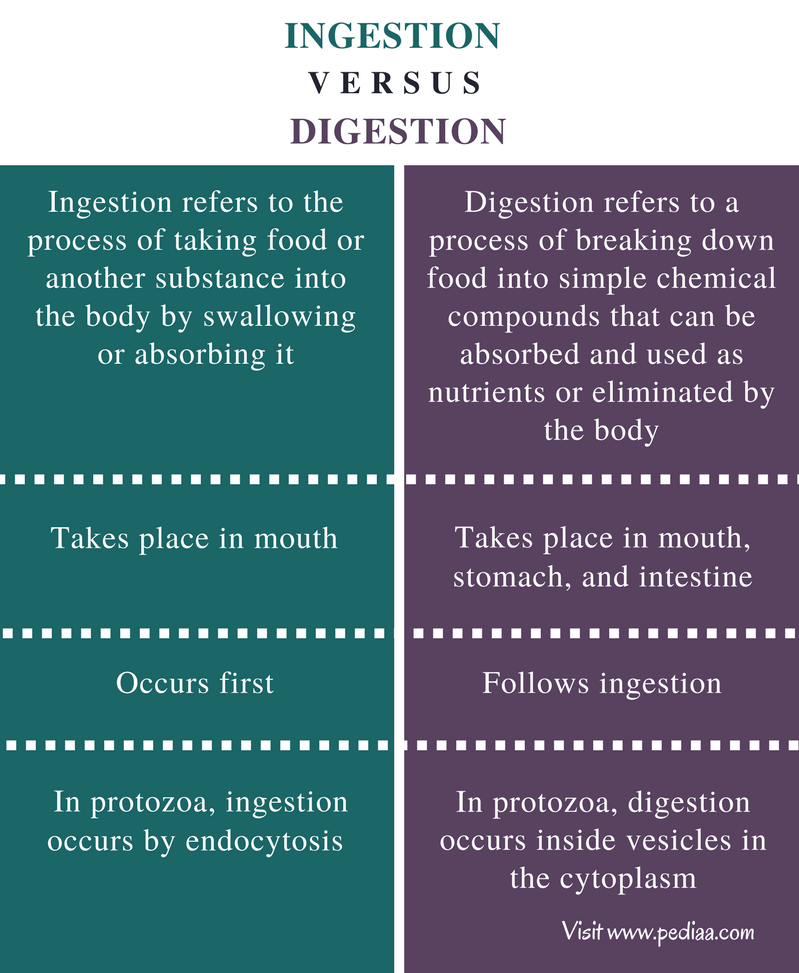 Ingestion is the process of taking food or another substance into the body by swallowing or absorbing it. In animals, ingestion occurs through the mouth. The ingesting substances can be either food particles, water, fluids or medicine. After the ingestion, these substances enter the alimentary canal. The chewing and the swallowing allow the ingested particles to enter the stomach through the esophagus. The mouth is also an entry point of harmful materials. Microorganisms like bacteria, viruses, and parasites as well as toxic substances may enter the alimentary canal via the mouth. The ingestion of humans is shown in figure 1. 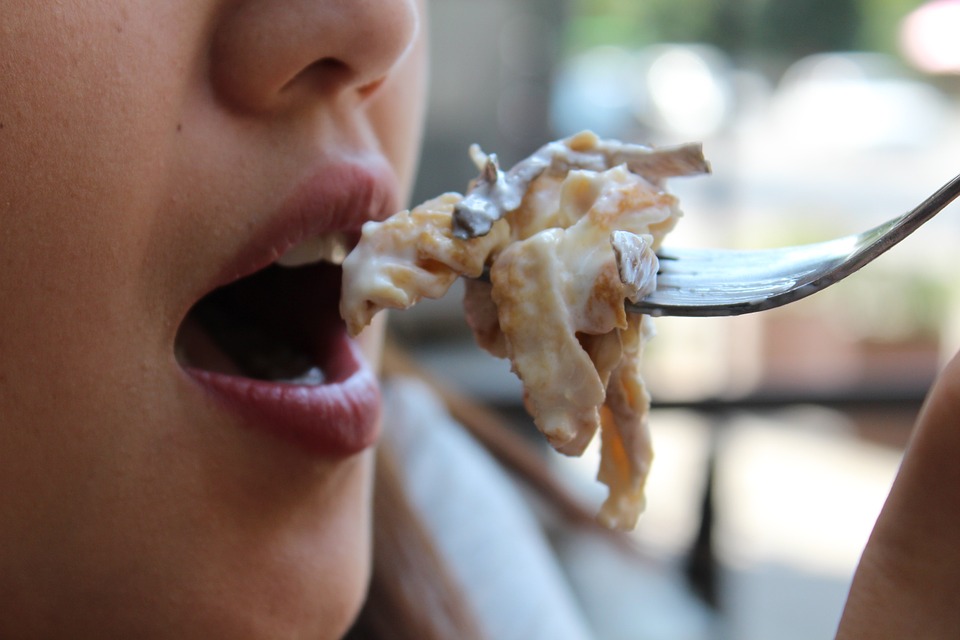 Single-celled protozoa such as amoeba ingest food particles by endocytosis. They may use two endocytic pathways, either phagocytosis or pinocytosis. In phagocytosis, the extending pseudopodia encircle a prey or particles and engulf them into the cell. Phagocytosis is shown in figure 2. 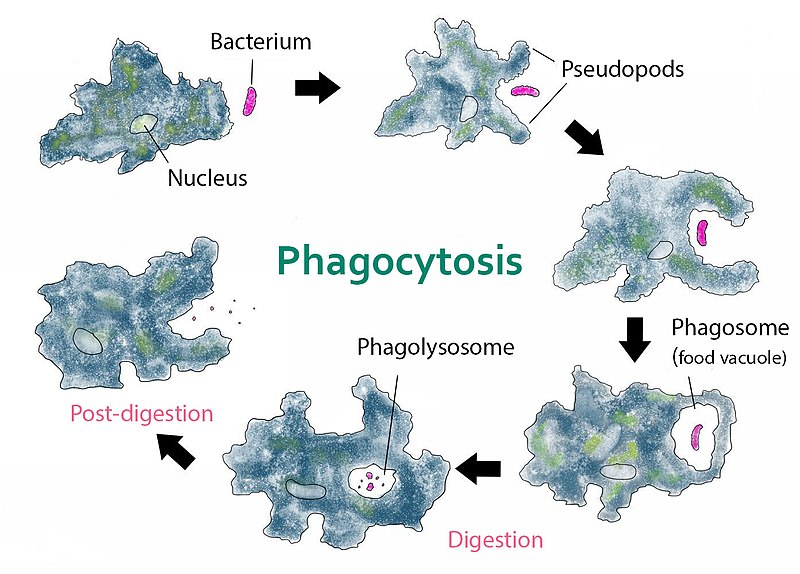 In pinocytosis, food particles that are dissolved in fluids are encircled by the forming vesicles. 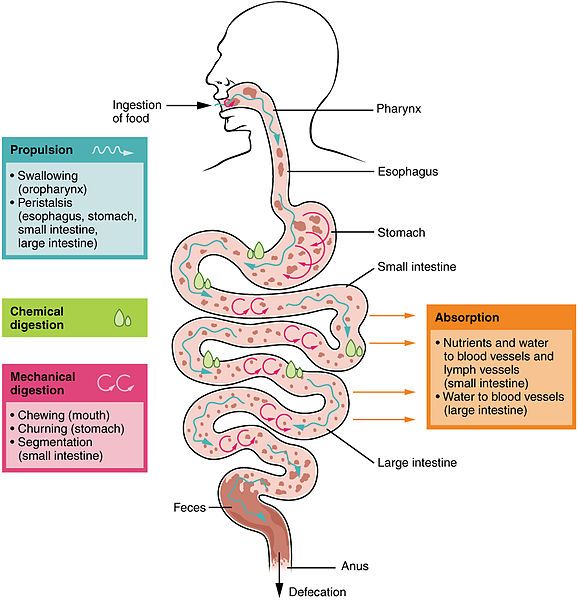 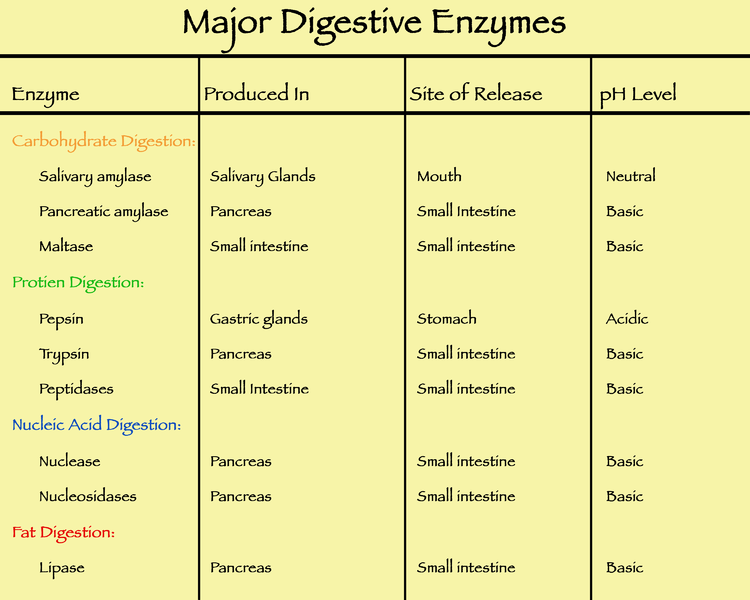 In amoeba-like protozoa, the vesicles that surround the food particles are then fused with the lysosomes, containing digestive enzymes. The digestion occurs inside the large vesicles called phagosomes.

Similarities Between Ingestion and Digestion

Difference Between Ingestion and Digestion

Ingestion: Ingestion refers to the process of taking food or another substance into the body by swallowing or absorbing it.

Digestion: Digestion refers to a process by which food is broken down into simple chemical compounds that can be absorbed and used as nutrients or eliminated by the body.

Ingestion: Ingestion in protozoa occurs by the endocytosis.

Digestion: Digestion in protozoa occurs inside vesicles in the cytoplasm.

Ingestion is the taking in of food particles into the body. In animals, ingestion occurs in the mouth whereas in protozoans it occurs by endocytosis. Digestion is the mechanical and chemical breakdown of food into small substances, facilitating the absorption and assimilation of nutrients by the body. This is the main difference between ingestion and digestion.