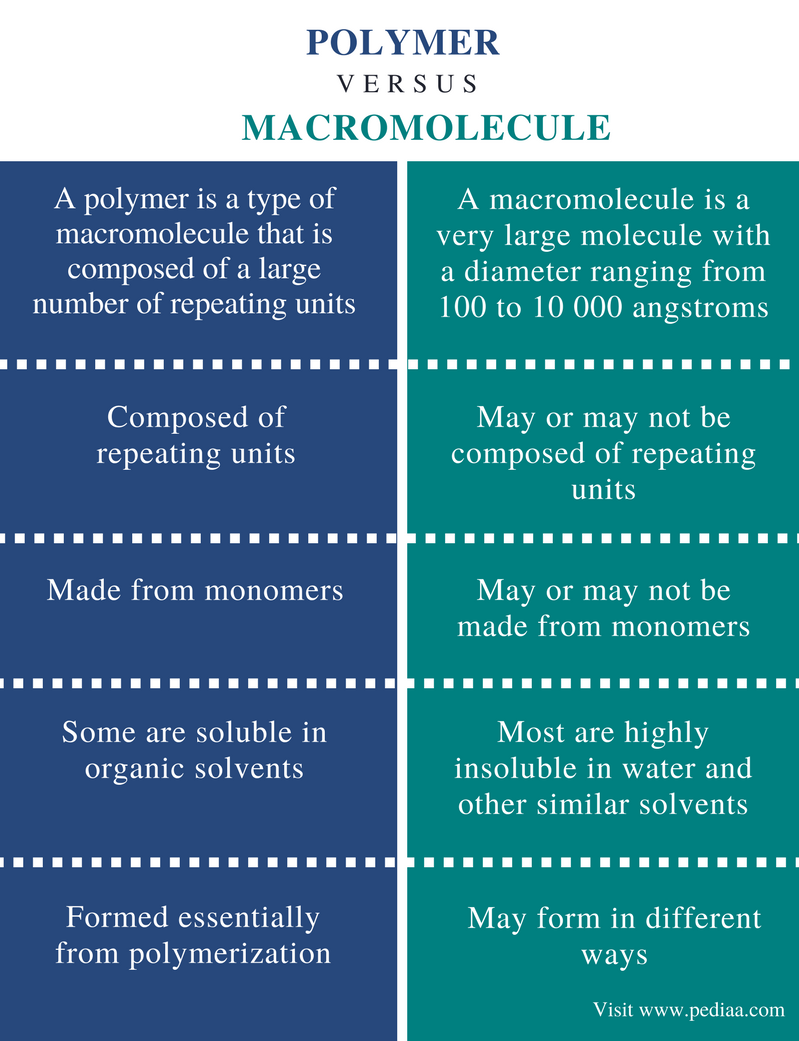 A polymer is a type of macromolecule that is composed of a large number of repeating units. These repeating units represent monomers from which the polymer is made. Monomers are small molecules. These monomers have either double bonds or at least two functional groups per molecule. Then they can undergo polymerization in order to form polymer material.

Since polymers are diverse, they can be categorized into several different groups depending on different parameters. The classification is given below.

Based on the Structure:

Based on the Molecular Forces:

Based on the Source:

Based on the Method of Polymerization:

Polymers have different properties depending on the repeating units present in the polymer, microstructure of the polymer material, etc. Some polymers show plasticity, some show elasticity; some polymers are strong and rigid, some are soft and flexible. Likewise, polymers show a wide range of properties. 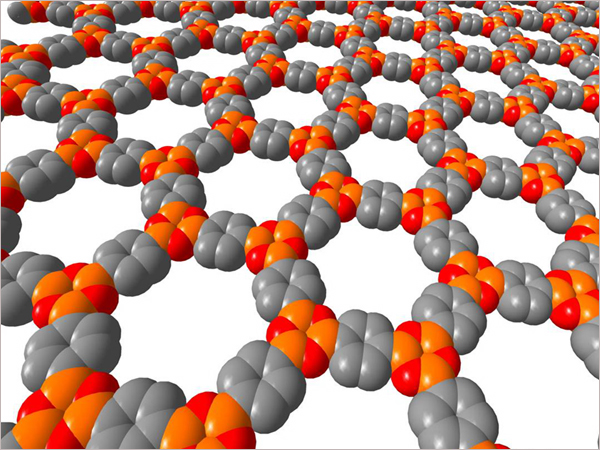 What is a Macromolecule

Some examples of macromolecules include natural and synthetic polymers, proteins, polysaccharides, nucleic acids, etc. These macromolecules are formed from smaller units known as monomers.

The IUPAC definition for a macromolecule is as below:

Most macromolecules are insoluble in water due to their high molecular weight. They tend to form colloids. The concentration of a macromolecule in a solution can affect the rate and equilibrium of reactions of macromolecules present in the same solution. This phenomenon is named as macromolecular crowding.

Difference Between Polymer and Macromolecule

Polymer: A polymer is a type of macromolecule that is composed of a large number of repeating units.

Macromolecule: A macromolecule is a very large molecule with a diameter ranging from 100 to 10 000 angstroms.

Polymer:  Polymers are made from monomers.

Polymer: Some polymers are soluble in organic solvents.

Macromolecule: Most macromolecules are highly insoluble in water and other similar solvents.