Wild type and mutant are the two types of individuals in the same population with different phenotypes. The main difference between wild type and mutant is that wild type is that wild type refers to individuals with normal phenotype possessed by the majority of the natural population whereas mutant refers to individuals with a phenotype that varies from the normal population. Mutant type arises due to the crossing over of genes with different species of the same genus. Then, the mutant is selected by a long process of natural selection. Although a single mutant type can be identified in a population, several types of mutants can occur. 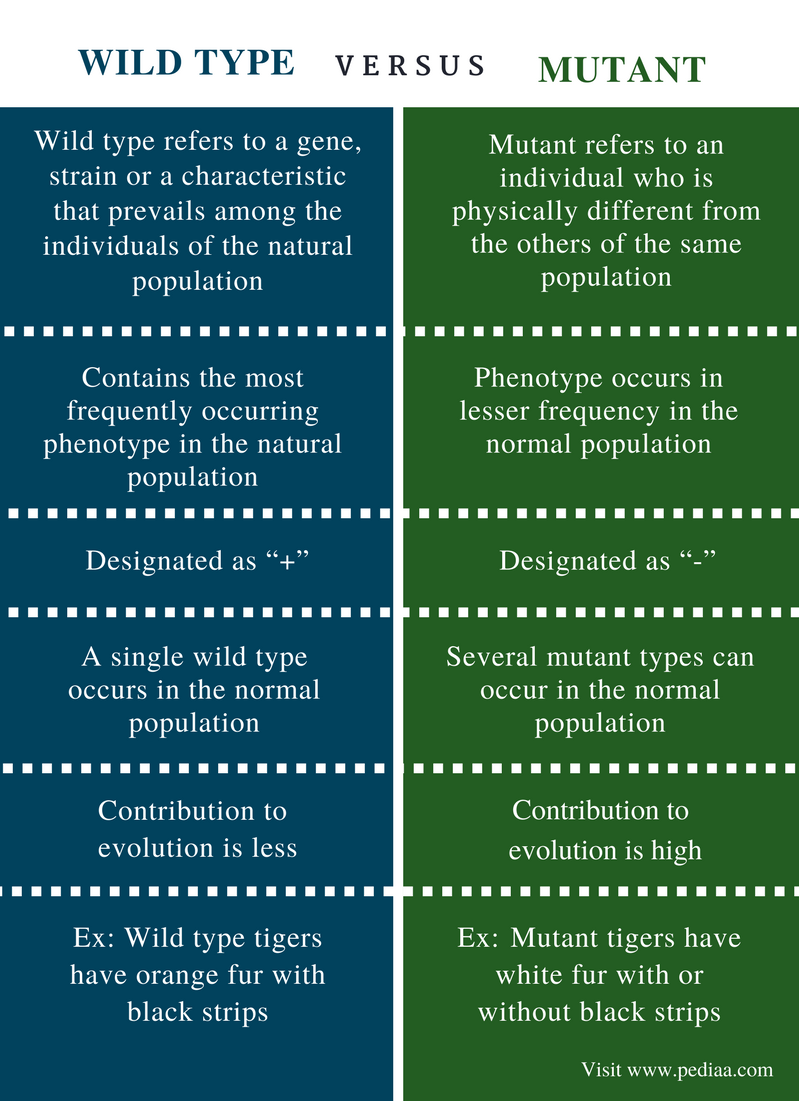 What is Wild Type

Wild type refers to a gene, strain or a characteristic, which prevails among the individuals of the natural population. Therefore, the shape, pattern, and the color of the wild type individuals define the population. For example, most tigers have orange fur with black strips. Wild type is designated as “+.” A wild type tiger is shown in figure 1. 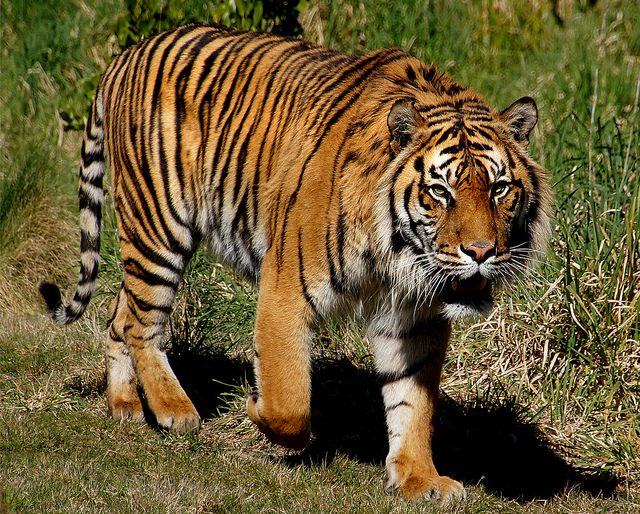 However, very few individuals of the population may undergo mutations in the genes, which are involved in the determination of the characteristics of the wild type individual. These individuals are called mutants.

What is a Mutant

Mutant refers to an individual who is physically different from the others of the same population. Therefore, the formation of mutants leads to evolution. A mutant is formed due to a mutation of a gene or a chromosome. The most recognizable type of mutant is the color of animals. Albinism and melanistic mutations are commonly seen in mutants. Albinism refers to the white appearance of an animal due to the lack of the gene that codes for melanin. A snowdrop penguin, which is an albino African penguin, is shown in figure 2. 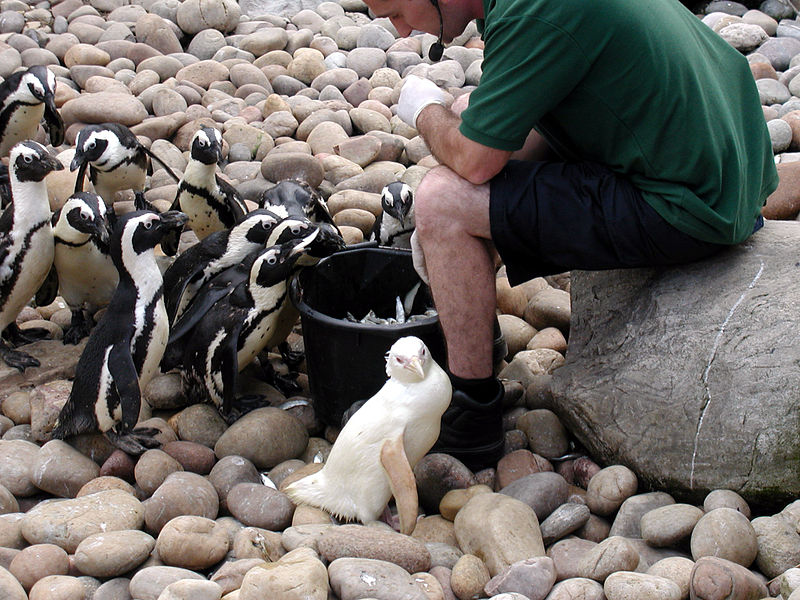 Melanism is the opposite of albinism where the excess production of melanin causes the black appearance. The black jaguar is an example of melanism in Panthera onca. A black jaguar is shown in figure 3.

Both albinism and melanism occur in lagomorphs such as pikes, hares, and rabbits as well as rodents and tigers.

Similarities Between Wild Type and Mutant

Difference Between Wild Type and Mutant

Wild Type: Wild type refers to a gene, strain or a characteristic that prevails among the individuals of the natural population.

Mutant: Mutant refers to an individual who is physically different from the others of the same population.

Frequency of the Phenotype

Mutant: The mutant’s phenotype occurs in lesser frequency in the normal population.

Mutant: Mutant is designated as “-”.

Mutant: Several mutant types can occur in the normal population.

Contribution to the Evolution

Wild Type: The contribution of the wild type to the evolution is less.

Mutant: The contribution of the mutant to the evolution is high.

Mutant: Mutant tigers have white fur with or without black strips.