Inheritance and polymorphism are two terms used in genetics when describing traits. The main difference between inheritance and polymorphism is that inheritance describes how traits of a particular organism are passed through generations whereas polymorphism describes the different forms of a particular organism that occur within a population. The offspring inherits a set of traits from their parents during sexual reproduction. During the formation of gametes, a single set of chromosomes from parents is transferred to each gamete. Polymorphism arises due to discontinuous genetic variation. 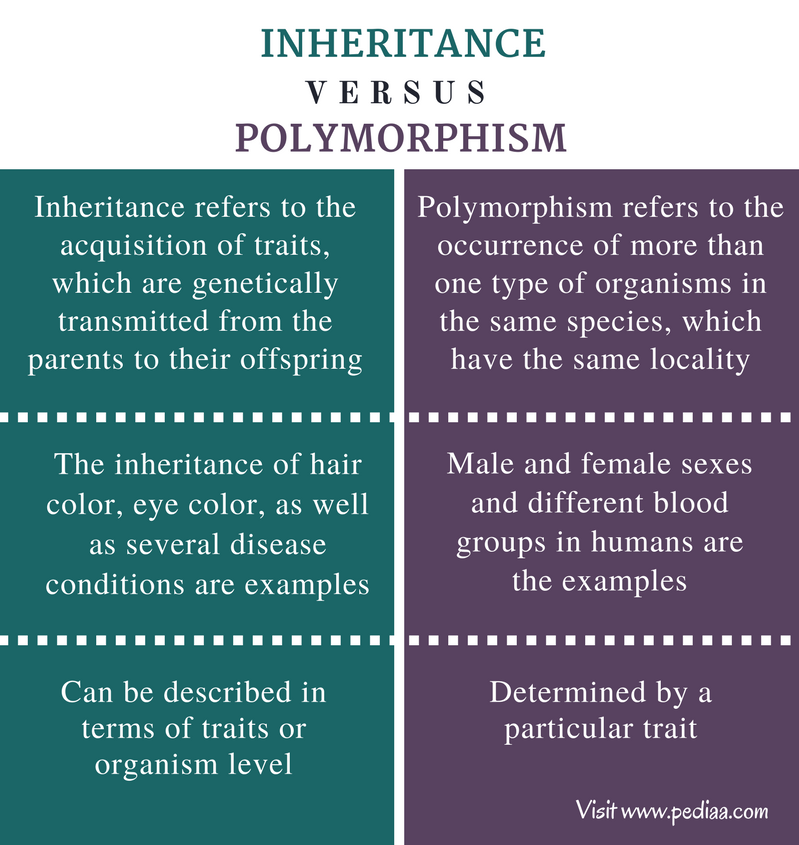 Inheritance is the acquisition of traits, which are genetically transmitted from the parents to their offspring. Since humans are diploid organisms, they have two sets of chromosomes in each somatic cell. Each chromosome set is received from each parent. During the formation of gametes, a single set of chromosomes is received by one gamete. In the sexual reproduction, a male gamete is fused with a female gamete to form the zygote. Therefore, the zygote receives one set of chromosomes from each parent. Since the zygote develops into a new organism, it expresses the characteristics of both parents. That means each gene in the genome has two alleles. 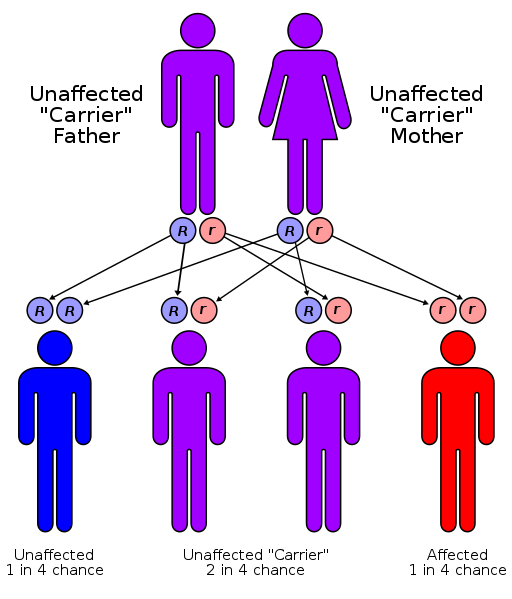 Mutations are also inherited by the offspring in the same way described above. The simplest form of the inheritance was first described by Gregor Mendel. 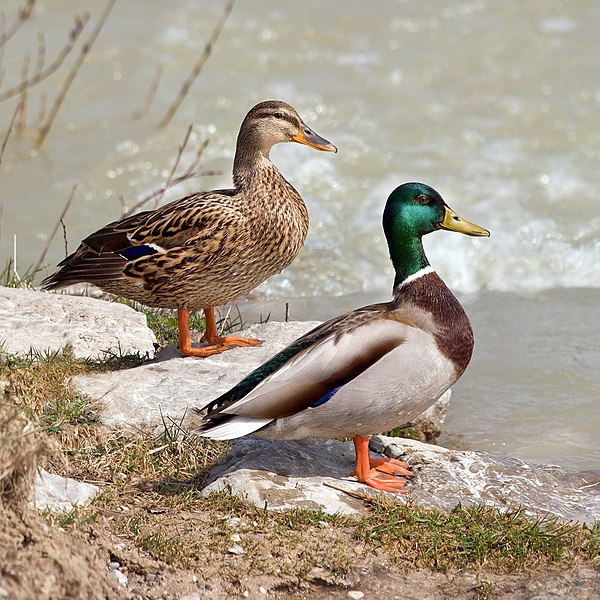 When a different form of the individual is produced by a mutation, it is recognized as another ‘morph’ only if the occurrence of that particular individual is too high within the population. Male and female ducks with different morphs are shown in figure 2.

Similarities Between Inheritance and Polymorphism

Difference Between Inheritance and Polymorphism

Inheritance: Inheritance refers to the acquisition of traits, which are genetically transmitted from the parents to their offspring.

Polymorphism: Polymorphism refers to the occurrence of more than one type of organisms in the same species, which have the same locality.

Inheritance: The inheritance of hair color, eye color, as well as several disease conditions are examples of inheritance.

Polymorphism: Male and female sexes and different blood groups in humans are examples of polymorphism.

Inheritance: Inheritance can be described in terms of traits or organism level.