Background to Slavery and Abolition

Before discussing how was slavery abolished let us get to know some important facts about slavery. Slavery was first introduced to America by the Dutch who brought captured Africans to the North American colony of Jamestown, Virginia, in 1619. Throughout the next two centuries, slaves were used throughout the American colonies, mainly in the tobacco, rice and indigo plantations. Thus, slavery helped to build the foundations of the American nation. However, after the American Revolution, many northerners (the economy of the North was not dependent on plantations or slavery), began to realize that slavery was a form of oppression and injustice as they compared their oppression by the British to the oppression of the slaves.

The movement to abolish slavery in America gained strength in the Northern United States from the 1980s to the 1860s. This movement was led by free blacks such as Frederick Douglass, Harriet Tubman and white supporters and abolitionists such as William Lloyd Garrison, who believed that slavery was sinful and immoral.

By this time, free blacks and anti-slavery supporters had already begun helping runaway slaves escape from the South to the North via a network of safe houses known as the Underground Railroad. The success of underground railway also spread abolitionist sentiments in the North. However, it also created and increased sectional tensions among pro-slavery Southerners who felt that the Northerners were trying to destroy the institution that sustained them. It was these sectional tensions and anti-slavery feelings that led to the American Civil war.  Slavery was officially abolished in the United States at the end of the American civil war.

How Was Slavery Abolished

Before the civil war, the main objective of Abraham Lincoln and other leaders of the anti-slavery Republican Party was not to abolish slavery but to stop its spread into new states and territories in the west. Most Southern leaders did not accept this view since they felt that free states would become a threat to their power. In 1860, Abraham Lincoln was elected the president and seven Southern states broke away from the Union and formed the Confederate States of America. The American civil war began in 1861 as a reaction to this. At first, the main aim of the war was to preserve the United States as a nation.

In 1862, fugitive slave laws were annulled by the Congress. This was followed by the prohibition of slavery in U.S. territories. In 1863, January 1st, President Lincoln issued an emancipation proclamation for all states still in rebellion. However, this proclamation did not free all slaves in the United States; it exempted the slave states on the border of the Union and parts of three Confederate states which were under the Union army. This also enabled the Union to enlist the 180,000 Black soldiers who volunteered to fight. 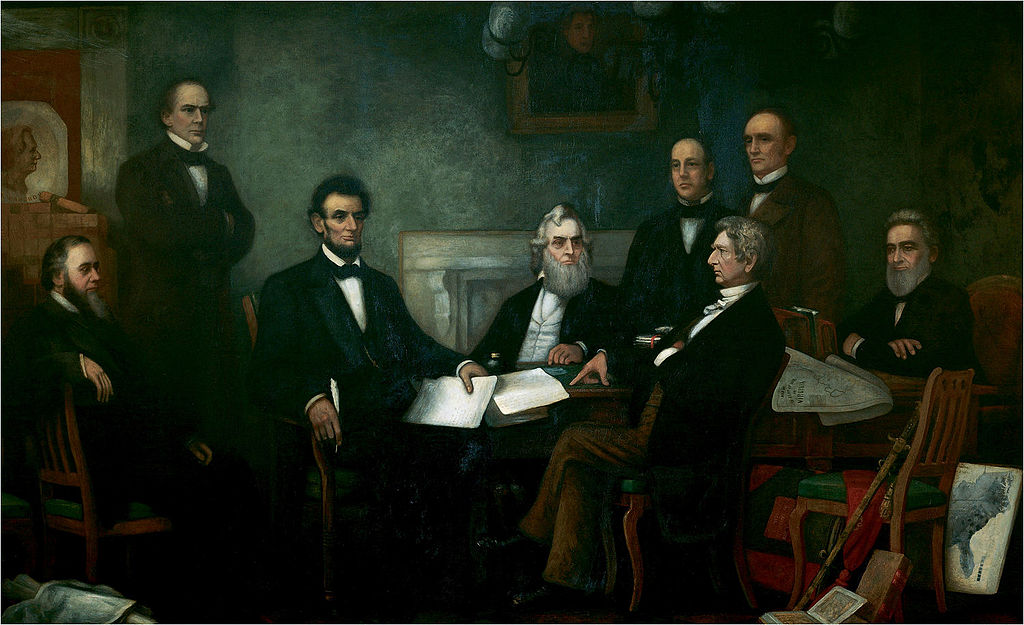 First Reading of the Emancipation Proclamation of President Lincoln

The civil war ended in 1865. The 13th Amendment, which was adopted in 1865, officially abolished slavery. However, the status of the freed blacks in the South remained precarious, and the conditions of the black did not improve drastically. It took many more years and lot more effort to grant the blacks and whites legally equal status.