Home » Language » What Does Charity Begins at Home Mean

Charity begins at home is a famous expression that has been in the usage for many years. Although many people use this phrase offhandedly, there are some who have no idea what this proverb really means. The proverb Charity begins at home means that people should deal with the needs of people close to them before they think about helping others. It is from taking care of needs of those closest to us that we learn how to help others. 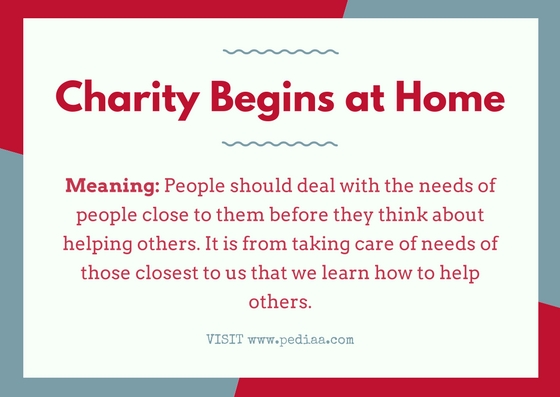 What Does Charity Begins at Home Mean

Charity refers to generous actions or donations to aid the poor, ill, or helpless. In simple words, charity is helping those who are less fortunate than oneself. The proverb Charity begins at Home mean that one has to make adequate provision for his or her own family before making provision for needy strangers. In other words, this means you have to take care of the needs of your family before taking care of strangers’ needs. However, this does not mean that you should only care for or look after your own family and close friends. Once you have taken care of the needs of your closed ones, you can then help others. It is also from helping those close to us that we learn how to help people. 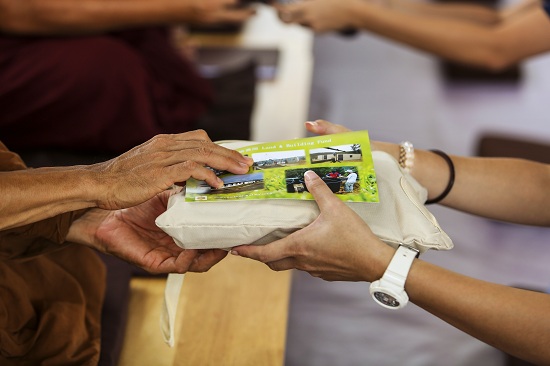 The people involved in both these above situations have forgotten that charity begins at home.

What is the Origin of Charity Begins at Home

The phrase Charity Begins at Home is considered to be a Christian concept. Although it is not a direct quote from the Bible, it is often considered as a biblical phrase. The idea that one’s family should be his foremost concern is expressed in 1 Timothy 5:8, King James Bible, 1611:

“But if any provide not for his own, & specially for those of his own house, he hath denied the faith, and is worse than an infidel.”

Some theologians believe that this phrase originated from Timothy 1 5:4:

“But if any widow have children or nephews, let them learn first to shew piety at home, and to requite their parents: for that is good and acceptable before God.”

Sir Thomas Browne was the first to put this phrase into print in the form we now use:

“Charity begins at home, is the voice of the world: yet is every man his greatest enemy”.

Now that you know what the proverb Charity Begins at Home means, you can practice as the meaning of this proverb, and take care of the needs of your close ones and help those in need.