Home » Language » Linguistic » What is the Difference Between Allophone and Allomorph

Before looking at allophones and allomorphs, it’s important to have a basic knowledge of phonemes and morphemes. A phoneme is the smallest contrastive unit in the sound system of a language. A morpheme, on the other hand, is the smallest grammatical and meaningful unit in a language. Allophones are variations of a phoneme while allomorphs are variations in a morpheme. These variations do not form a new word; they only cause different pronunciations. 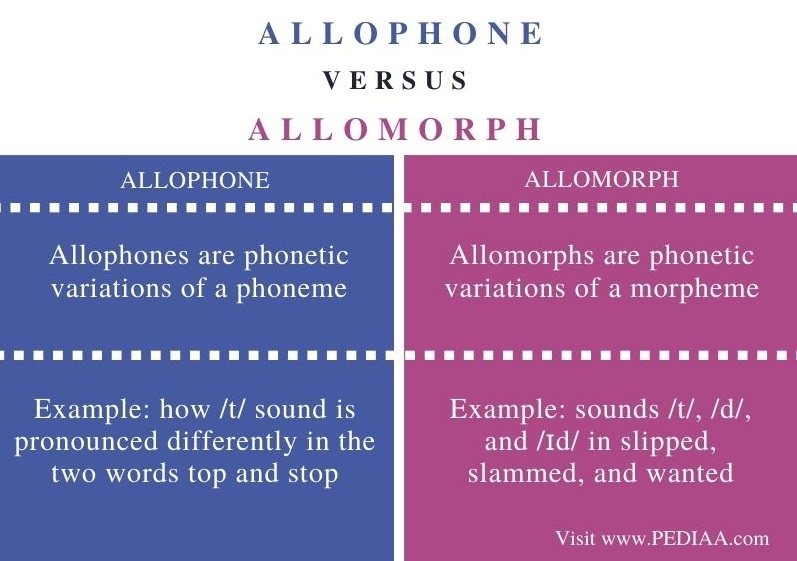 In the English language, some letters are pronounced differently depending on their position or placement in a word. For example, the /l/ sound is pronounced differently in the two words: love and wool. We call these different sounds allophones. Therefore, allophones can be defined as phonetic variations of the same phoneme. In other words, it is a type of phoneme that changes its sound depending on the spelling of the word. 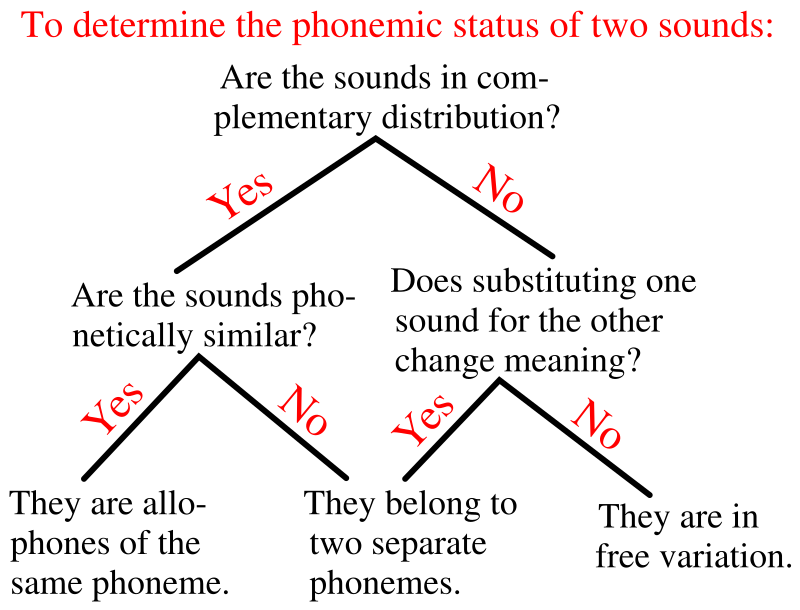 Let’s look at another example. Think of the consonant t and the sound it makes in the word “stop” [stɒp]. Now compare it with the pronunciation of t in the word “top” [ˈtʰɒp]). In the latter word, most native speakers use the aspirated form of t. However, substituting one allophone for another allophone of the same phoneme doesn’t lead to a different word. It only creates a different pronunciation of the same word. Therefore, we describe allophones as non-contrastive.

In linguistics, an allomorph is a phonetic variant of a morpheme. In other words, it is an alternative pronunciation of a morpheme in a particular context. Let’s look at some examples to understand this concept more clearly.

The past tense in the English language is another example of allomorphs. When creating the past tense of a verb, we add the sounds /t/, /d/, and /ɪd/ to words to put them in the past tense, such as in slipped, slammed, and wanted, respectively. 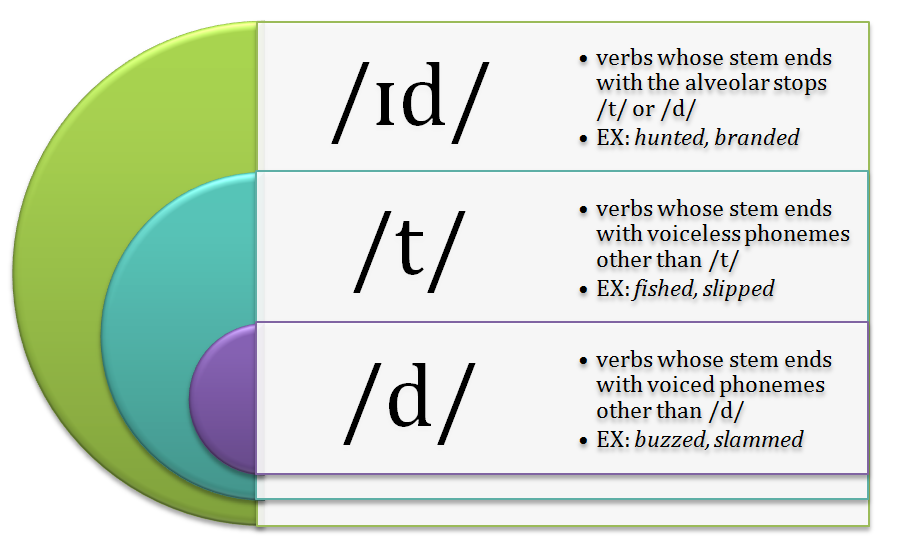 Indefinite articles “a” and “an” are yet another example of allomorphs. They have the same meaning, but their difference is that “a” occurs before words that start with consonants and “an” before words that begin with a vowel. For instance, an apple, a house, a girl, an oath, etc.

Similarities Between Allophone and Allomorph

Difference Between Allophone and Allomorph

The /t/ sound is pronounced differently in the two words: top and stop. These different sounds are allophones. Sounds /t/, /d/, and /ɪd/ in slipped, slammed, and wanted, respectively, are examples of allomorphs of the past tense.