Home » Language » Linguistic » What is the Difference Between Collocation and Colligation

Collocations are groups of words or phrases we use daily in our speech. Meanwhile, colligations are a type of collocations and involve lexical items linked to certain grammatical patterns. 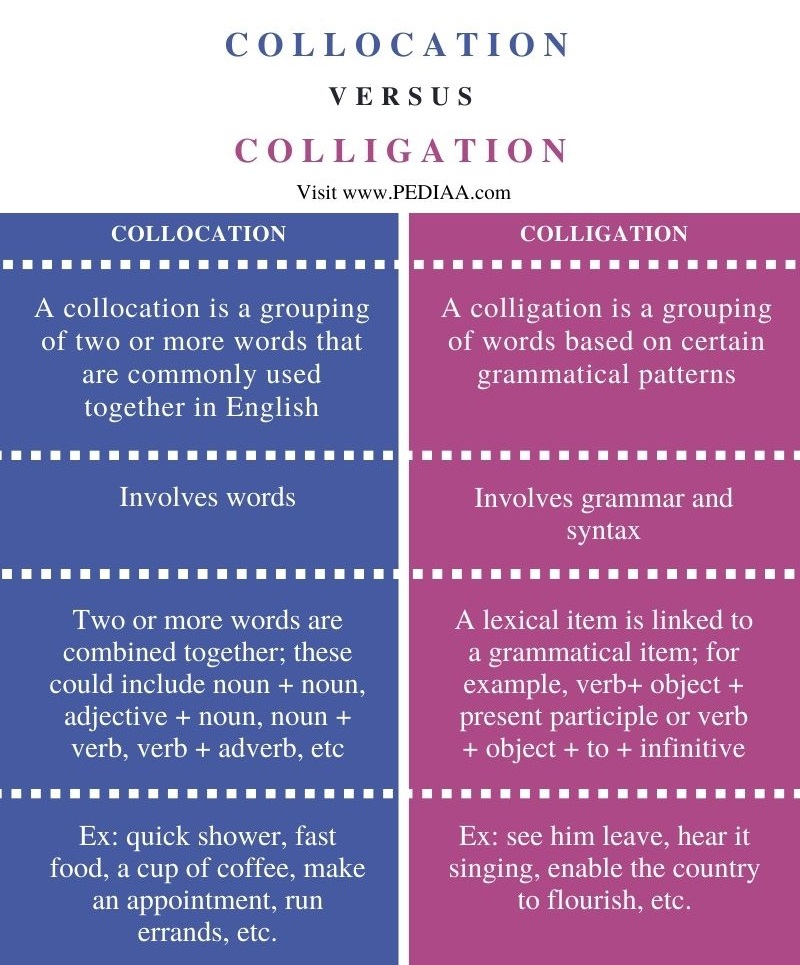 What is a Collocation

As said before, collocation is a group of two or more words that usually occur together. In fact, this is a natural combination of words we closely associate together. Some examples include phrases like fast train, quick shower, make appointments, do shopping, narrow-minded, and do errands. For English native writers, collocations are natural, but for non-native English speakers, they are not so obvious. For example, a non-native speaker may utter phrases like do appointments, quick food, and dark tea, but these do not sound natural. 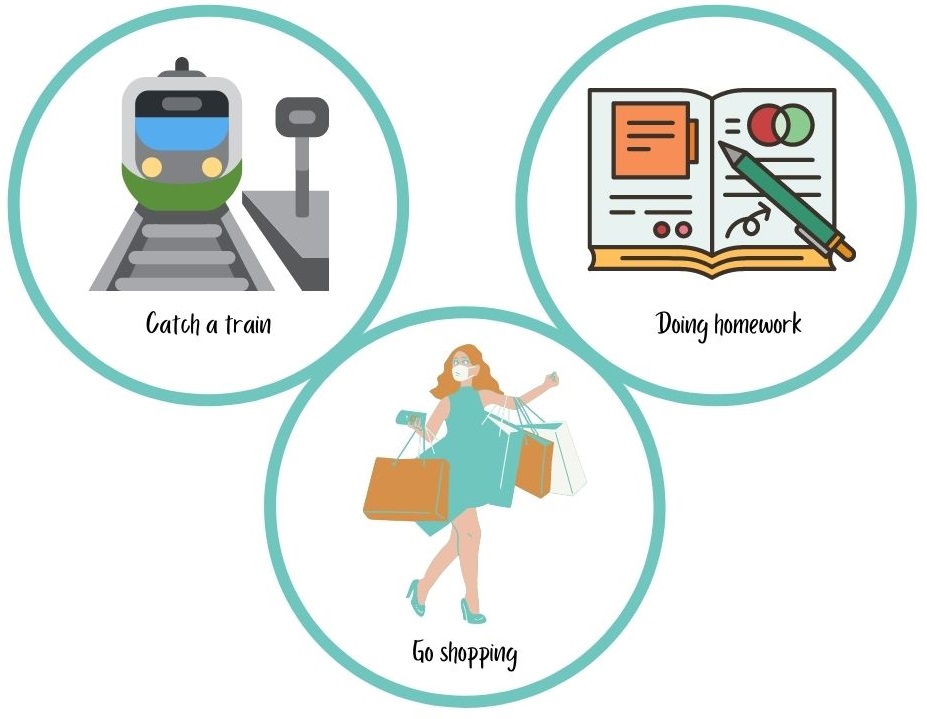 Besides, there are different types of collocations. Given below are some examples:

What is a Colligation

A colligation is a grouping of words based on certain grammatical patterns. It’s a type of collocation based on the way they function in a syntactic structure. In a colligation, we link a lexical item to a grammatical item. The linguist, Ute Römer, describes colligation as the “way in which word classes co-occur or keep habitual company in an utterance.” Let’s now look at some examples of colligation.

Verbs like see, hear, and notice occur with the sequence of object + present participle or infinitive. For instance, I heard Anna sing/I heard Anna singing; we saw him leave/we saw him leaving, etc. On the other hand, verbs like permit, enable, forbid, and allow use the sequence of object + to + infinitive. For example, she forbade him to sing; it enabled the bird to fly; the teacher permitted us to go out. In the above examples, these lexical items (verbs) are linked to certain grammatical patterns. This is why we consider them as colligations.

Difference Between Collocation and Colligation

In a collocation, two or more words are combined together; these could include noun + noun, adjective + noun, noun + verb, verb + adverb, etc. However, in a colligation, a lexical item is linked to a grammatical item; for example, verb+ object + present participle or verb + object + to + infinitive.