The main difference between alpha and sigma male is that alpha males are domineering and assertive while sigma males are strong, distinctive personalities with traits of both alpha and beta males.

A socio-sexual hierarchy is a classification of men according to their personality, social position among other men, and popularity with women. Accordingly, men are mainly categorized into two types; they are alpha males and beta males. However, in recent times, a new category known as sigma males has come into popularity. 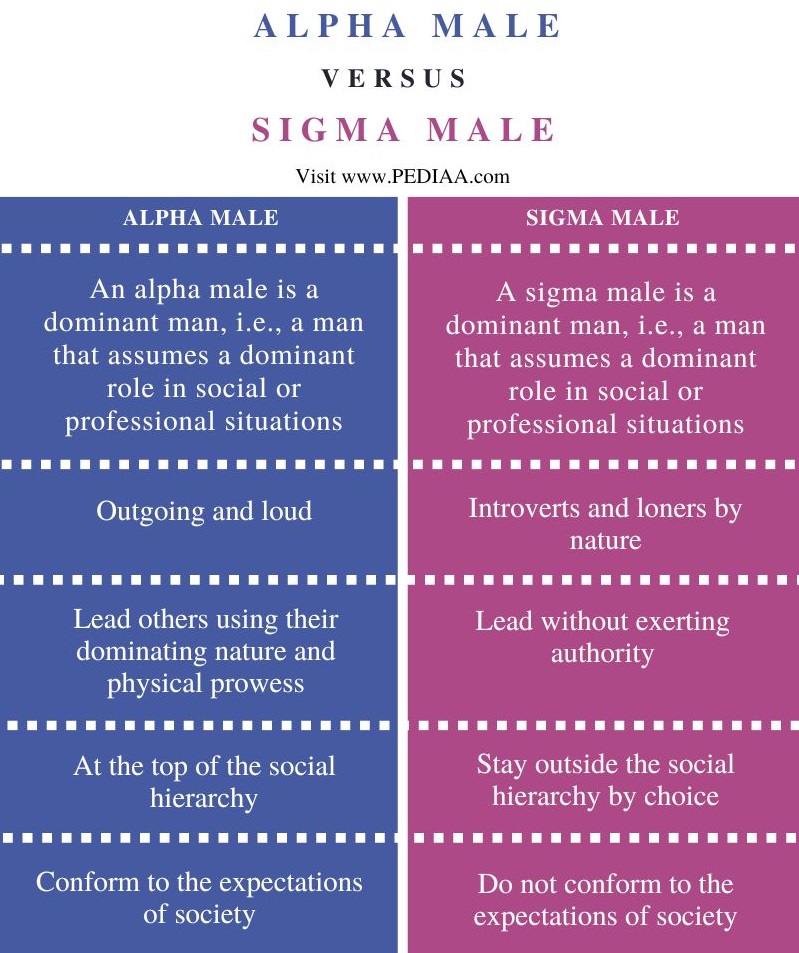 Who is an Alpha Male

The term alpha male refers to a dominant man, i.e., a man that assumes a dominant role in social or professional situations. This term has been in use since the 20th century and originated from descriptions of a dominance hierarchy in animals. Alpha males are men at the top of the social hierarchy. They are men who take charge no matter what the situation. Moreover, through their physical prowess and dominant traits, they have access to money, power, and partners. In addition, these men are traditionally seen as ‘real men.’ 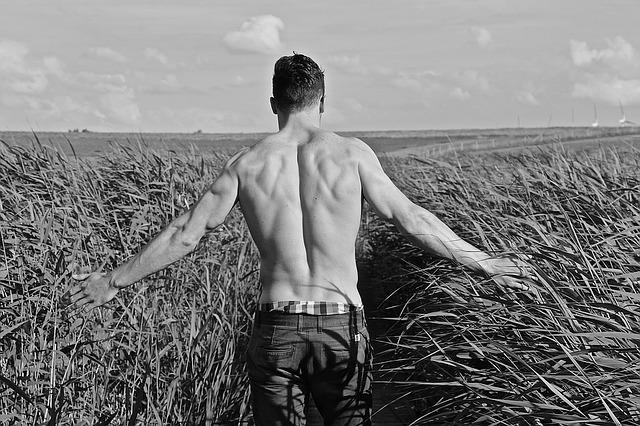 Alpha males are generally contrasted with beta males, who are often thought to be submissive and weak. Beta males tend to avoid conflict, but they are typically seen as ‘nice guys’ – stable, pleasant, and dependent. Sometimes, people use the term alpha male to refer to dominating men who are bullies, but this quality is not an ideal trait.

Who is a Sigma Male

A sigma male is a man with a strong but distinctive personality type with traits of both alpha and beta males. This term is considered to be coined by the writer Theodore Robert Beale in 2010. He described a sigma male as a ‘lone wolf’ and equated sigma males to introverted alpha males. Sigma males generally fall outside the binary classification of alpha and beta. In other words, they exist outside the socio-sexual hierarchy. Although sigma males are introverts and reject mainstream society, they are successful in life and are popular with women. They are also highly independent, have little regard for social perceptions, and do not conform to expectations. In other words, they break stereotypes and make a path for themselves outside society’s expectations. 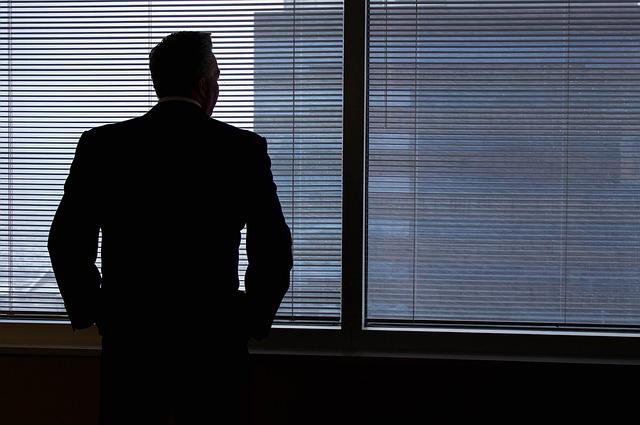 Similarities Between Alpha and Sigma Male

Difference Between Alpha and Sigma Male

While alpha males tend to be outgoing and loud, sigma males are introverts and loners by nature.

Moreover, alpha males conform to the expectations of society, while sigma males do not.