The main difference between anthropoids and hominoids is that anthropoids include hominoids and New World and Old World monkeys, whereas hominoids only include humans and apes. Furthermore, monkeys in the group of anthropoids have a tail while hominoids do not have a tail. In addition to these, hominoids have significantly increased brain size, mental capabilities, and lifespan when compared to monkeys.

Anthropoids and hominoids are simians (Infraorder Simiiformes) who are flat-nosed primates. Generally, simians belong to the haplorhines – the “dry-nosed” primates

Generally, anthropoids are primates, excluding prosimians, which include strepsirrhines, haplorhine tarsiers, and their extinct relatives. Therefore, anthropoids are simians that belong to the infraorder Simiiformes or flat-nosed primates. Also, they include the two parvorders Patyrrhini and Catarrhini. Furthermore, the parvorder Catarrhini includes the two superfamilies: Cercopithecoidea (Old World monkeys) and Hominoidea (apes), including the genus Homo. New World monkeys originated 40 million years ago in South America, while the remaining simians split into Old World monkeys and apes around 25 million years ago.

New-world monkey lives in neotropical forests in Central and South America. Generally, the size of their body may vary from 6 inches (pygmy marmoset) to 3 feet (howler monkey) in length. Besides, the nostrils of the new-world monkeys are wide, circular, and spaced apart. 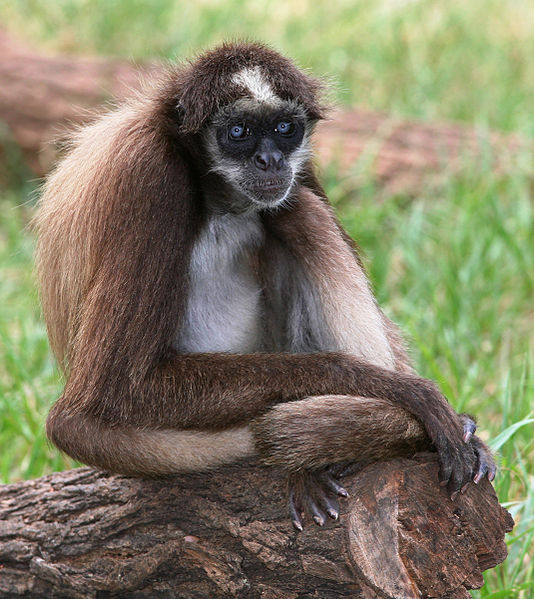 Moreover, they have long tails, which sometimes serve as a prehensile. However, they lack buttock pads and cheek pouches.

Old-world monkeys live in Asia and Africa. Basically, they are larger than new-world monkeys. Their nostrils are narrow and point downward. Furthermore, their hind legs are longer than the forearms. Also, they have flattened nails on both fingers and toes. 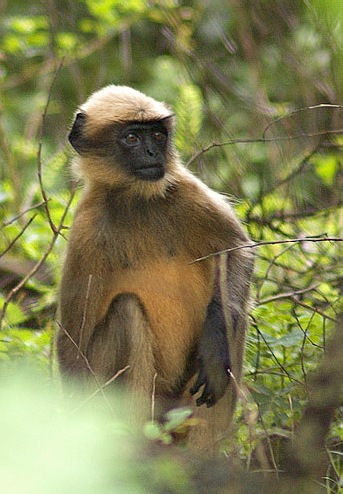 They have prominent buttock pads on which they sit. Cercopithecinae (cheek-pouched monkeys) and Colobinae (leaf-eating monkeys) are the two subfamilies of old-world monkeys.

Hominoids or apes are the superfamily of Old World, tailles simians that are native to Africa and Southeast Asia. Along with Old World monkeys, they form the parvorder Catarrhini. One of the main distinguishing features of hominoids is the wider degree of freedom of motion at the shoulder joint as evolved by the influence of brachiation. Traditionally, the term ‘apes’ exclude humans and only includes two groups: the lesser apes and the greater apes. However, the superfamily Hominoidea or hominoids also include the genus Homo (humans).

The lesser apes consist of gibbons. Generally, they are smaller than great apes and live in pairs. The largest type is the siamangs. 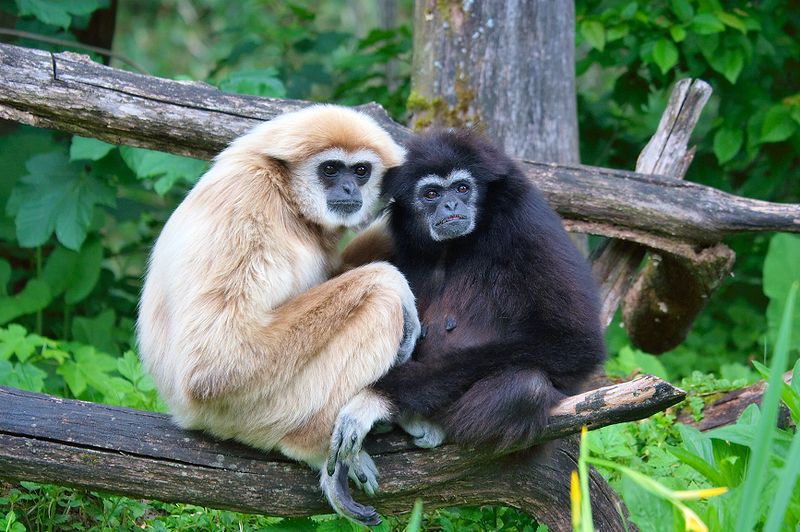 Gorillas, chimpanzees, orangutans, and bonobos are great apes. Basically, the face of great apes is not covered with hair and lack cheek pouches. Their ears are round. Their fingers are opposable, and the thumb is shorter. Moreover, the great apes are bipedal. Basically, they rely on vision rather than smell. Also, they have a wide range of facial expressions and vocalizations. They are intelligent and are capable of thinking, as well. 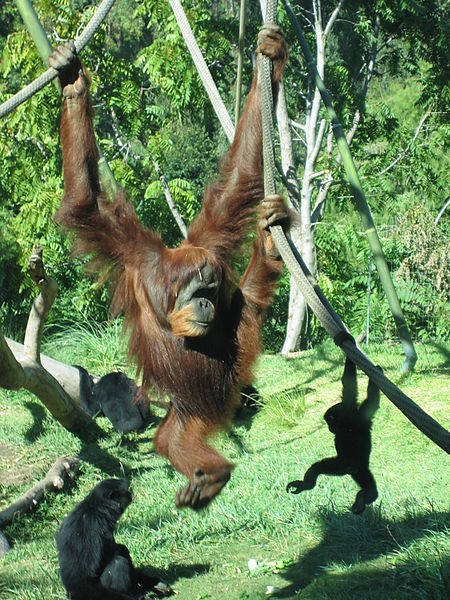 Humans belong to the genus Homo, which includes the modern human (Homo sapiens) and several extinct species, starting from the extinct genus Australopithecus. Modern humans emerged close to 300,000 to 200,000 years ago in Africa. However, today, they are present all over the world. More significantly, humans have a large and complex brain with the highest intellectual capabilities.

Similarities Between Anthropoids and Hominoids

Difference Between Anthropoids and Hominoids

Anthropoids refer to an infraorder of primates containing the parvorders Patyrrhini and Catarrhini, which consists of the superfamilies Cercopithecoidea and Hominoidea. Meanwhile, the hominoids refer to a branch of Old World, tailless simians native to Africa and Southeast Asia.

While monkeys have a small body with a quadrupedal position, apes have a comparatively large body with upright posture.

Monkeys have a narrow chest, while apes have a broader chest.

Furthermore, monkeys have narrow shoulders, while the apes have stronger and flexible shoulders.

Monkeys run along the tops of the trees by jumping with the use of tail for the balance, while the apes swing from branch to branch.

Whereas monkeys have a small brain, apes and humans have comparatively a large and complex brain.

Monkeys rely on the smell, while apes rely on vision.

Moreover, monkeys have lower intellectual capabilities, while the apes have a complex social-behavioural system and higher cognitive skills.

Anthropoids are simians, which include humans, apes, Old World monkeys, and New World Monkeys. New World monkeys evolved forty million years ago in South America. They have a smaller body size with the quadrupedal position, narrow chest and shoulders, and a long, flexible tail. On the other hand, Old World monkeys and apes evolved twenty-five million years ago. Basically, hominoids are apes and humans. However, they have a large body with an upright position and a significantly large and complex brain. They do not have a tail. Meanwhile, humans show the highest evolutionary level with the highest intellectual capabilities. Therefore, the main difference between anthropoids and hominoids is their evolution and characteristics.