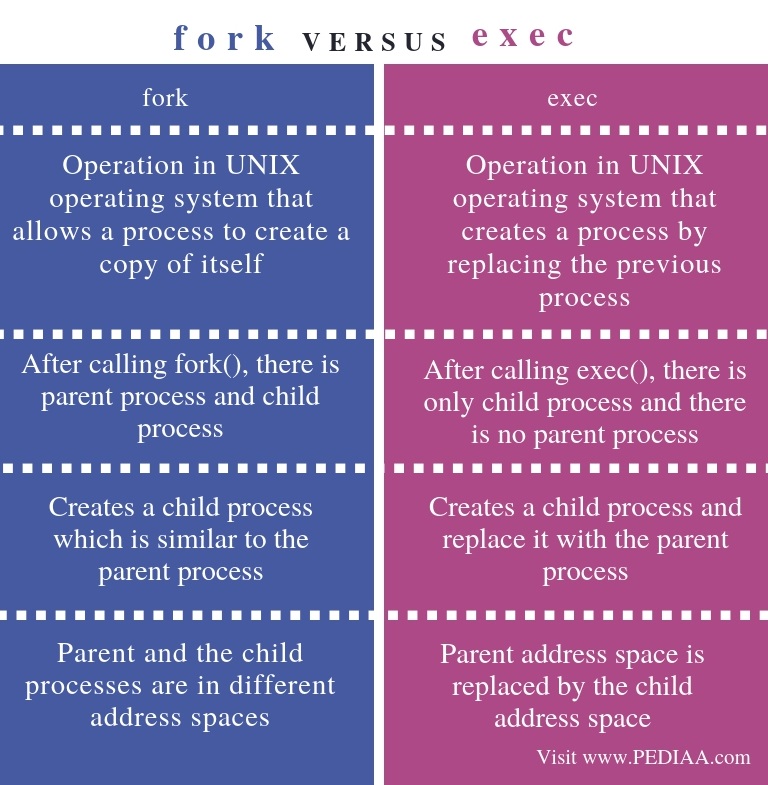 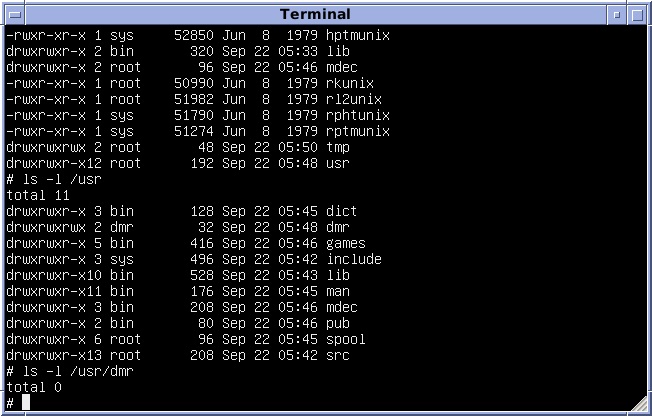 The exec() system call is also used to create processes.  When exec() is called, the currently running process terminates and is replaced with the newly created process. In other words, after making an exec() call, only the new process exists. The parent process is terminated. Furthermore, this system call replaces the address space, text segment and data segment of the parent process with the child process.

Difference Between fork and exec

1.”Version 7 Unix” By Huihermit – Own work (CC0) via Commons Wikimedia