Glutathione and metathione are two substances with various health benefits. In general, they are master antioxidants important in aging and dark skin. In addition, they protect the body from free radicals. 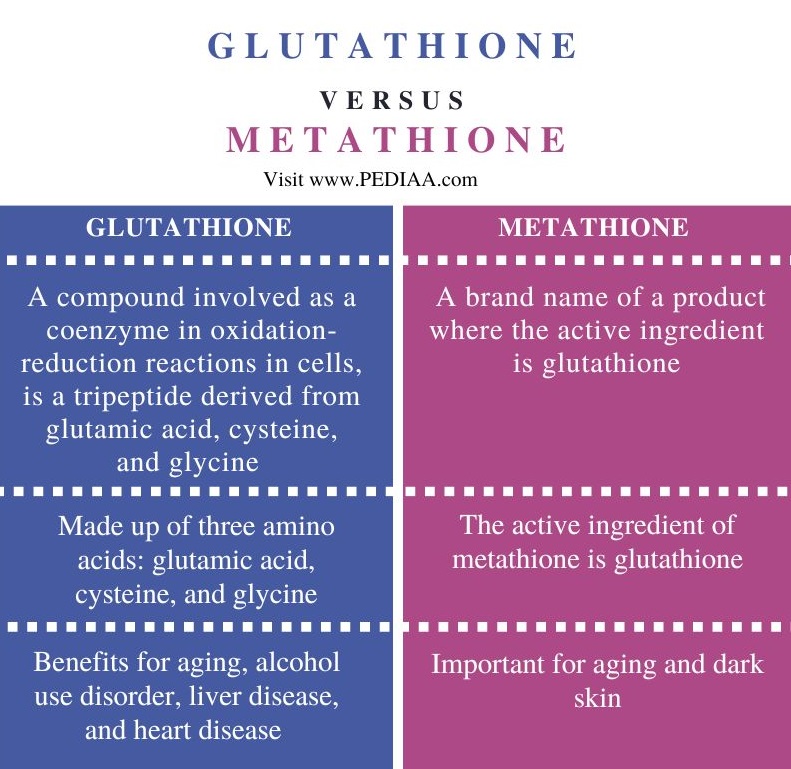 Glutathione is an antioxidant that occurs in animals, plants, fungi, and some bacteria. The main function of glutathione is to prevent damage to cellular components caused by reactive oxygen species such as free radicals, peroxides, lipid peroxides, and heavy metals. Moreover, glutathione is composed of three amino acids: glutamic acid, cysteine, and glycine. The liver synthesizes glutathione, and it helps in many processes in the body. The main importance of glutathione in the body includes tissue building and repair, making chemicals and proteins needed in the body, and in immune system function. Although people take glutathione for aging, alcohol use disorder, liver disease, heart disease, and many other conditions, there is no great scientific evidence to support these uses.

Furthermore, doctors inject glutathione for nerve damage. However, the body produces glutathione naturally through biochemical pathways, and it is a powerful antioxidant that reduces oxidative stress and prevents cell damage. 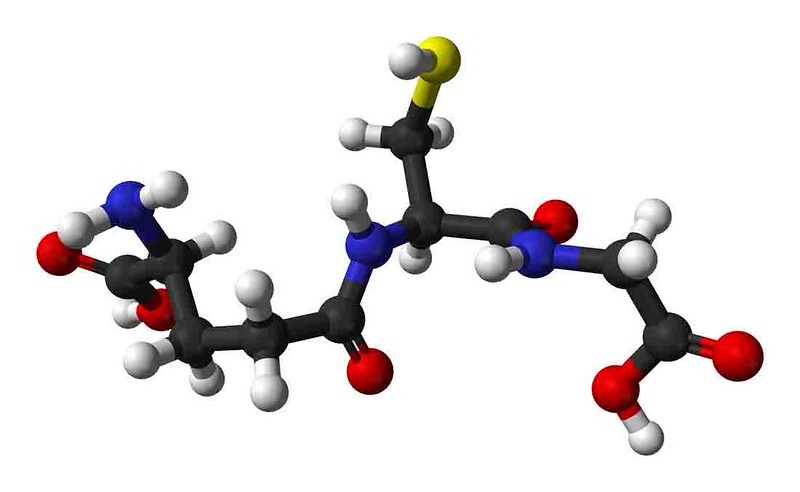 In addition to whitening, glutathione is important in strengthening the immune system while removing toxins from the liver. In addition, glutathione protects the body from free radical damage.

Similarities Between Glutathione and Metathione

Difference Between Glutathione and Metathione

Glutathione is made up of three amino acids: glutamic acid, cysteine, and glycine. However, the active ingredient of metathione is glutathione.

Furthermore, glutathione has benefits for aging, alcohol use disorder, liver disease, and heart disease, while metathione is important for aging and dark skin.