Kingdom and phylum are two taxonomic levels that are above the species in taxonomic ranking. There are five main kingdoms; Animalia, Plantae, Fungi, Protista, and Monera. In 1735, Carl Linnaeus introduced the taxonomic ranking levels of organisms. These include kingdom, phylum or division, class, order, family, genus, and species. 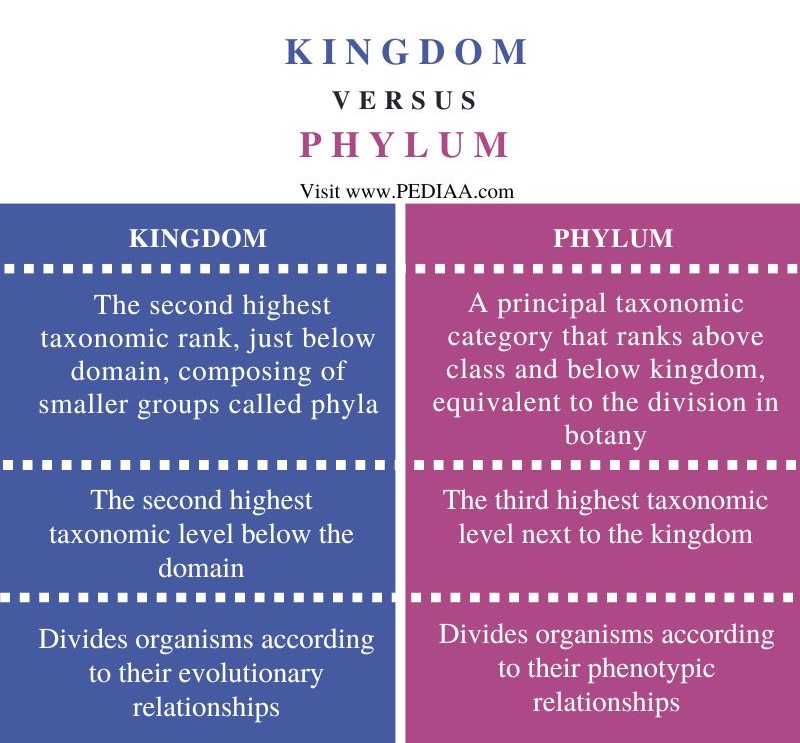 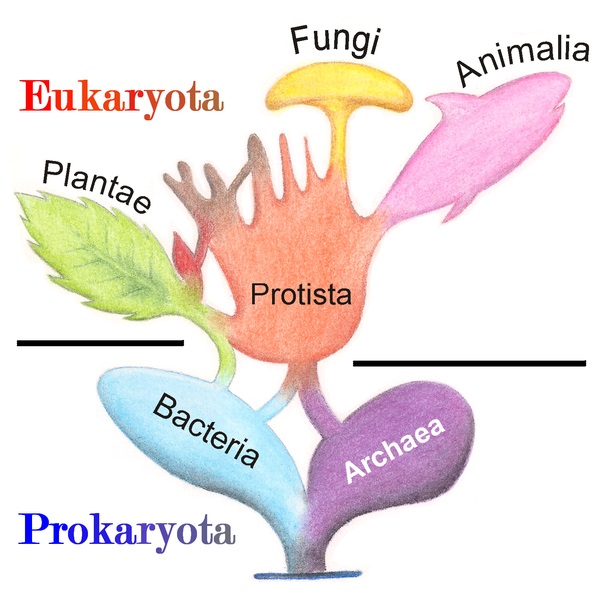 Phylum is a level of classification or taxonomic rank below kingdom and above class. It is equivalent to division in plants. Class, order, family, genus, and species are taxonomic rankings below the phylum. Generally, the animal kingdom Animalia contains about 31 phyla, the plant kingdom Plantae contains about 14 phyla, and the fungus kingdom Fungi contains about 8 phyla.

Moreover, a phylum is a grouping of organisms based on the general specialization of the body plan. Therefore, it has a certain degree of morphological or developmental similarity. It is also the phenotypic definition of the phylum. However, in the phylogenetic definition of phylum, it is a group of organisms with a certain degree of evolutionary relatedness.

Similarities Between Kingdom and Phylum

Difference Between Kingdom and Phylum

Kingdom refers to the second highest taxonomic rank, just below domain, and contains smaller groups called phyla while, phylum refers to a principal taxonomic category that ranks above class and below kingdom, equivalent to division in botany.

In brief, the kingdom is the second highest taxonomic ranking of living organisms. There are five kingdoms: Animalia, Plantae, Fungi, Protista, and Monera. Moreover, they are classified according to their evolutionary relationships. On the other hand, a phylum divides organisms according to their phenotypic relationships. However, it occurs below the kingdom level. Significantly, each kingdom contains several phyla. Therefore, the main difference between kingdom and phylum is their level of classification.