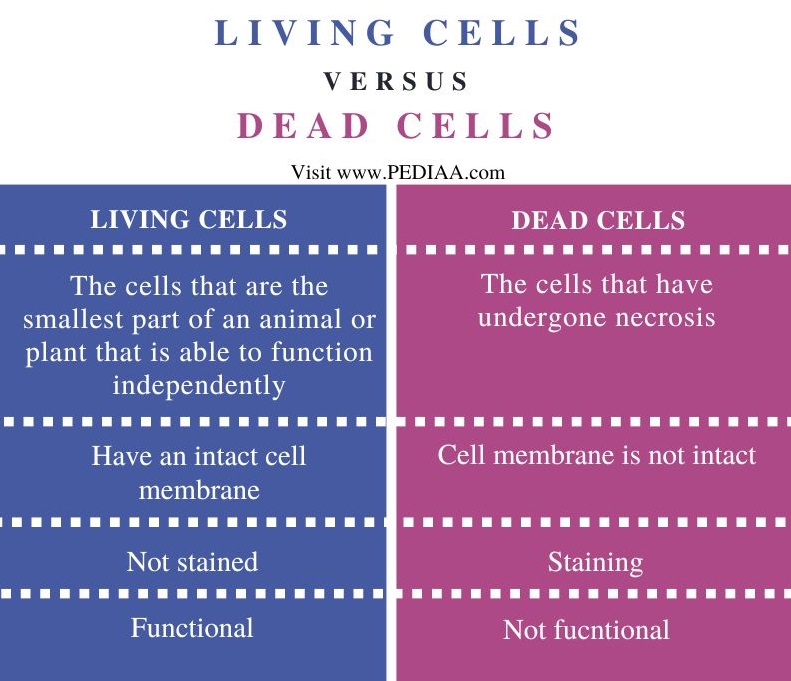 What are Living cells 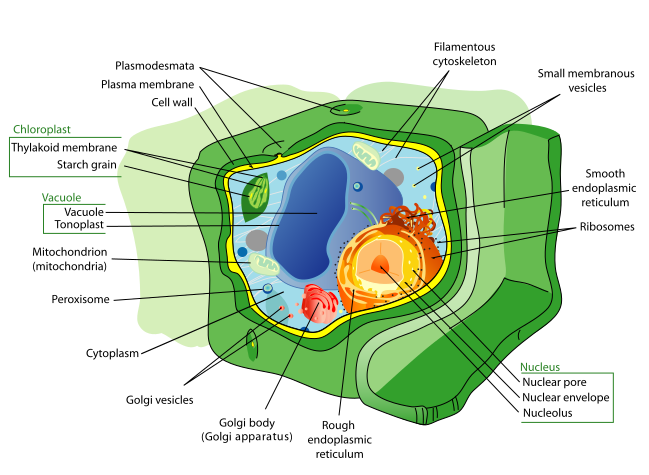 Furthermore, the prominent components of a living cell include the nucleus, ribosomes, mitochondria, chloroplasts, etc.  The nucleus is the membrane-enclosed organelle within a cell that contains the chromosomes. Ribosomes are minute particles consisting of RNA and associated proteins found in large numbers in the cytoplasm of living cells. Usually, they bind messenger RNA and transfer RNA to synthesize polypeptides and proteins. Mitochondria are organelles found in large numbers in most cells; the biochemical processes of respiration and energy production in the cell occur here. It has a double membrane, the inner part being folded inwards to form layers. Chloroplasts are the plastids in green plant cells that contain chlorophyll and in which photosynthesis takes place.

What are Dead Cells

Dead cells are cells that are not intact. Therefore, these cells do not contain an intact cell membrane. Due to this reason, different materials can get into a dead cell. The main method to identify dead cells is using a cell-impermeant DNA binding dye such as propidium iodide. In general, a healthy living cell has an intact cell membrane that will act as a barrier to the dye. Therefore, the dye cannot enter the cell. However, a dead cell has a compromised cell membrane, and it will allow the dye into the cell to bind to the DNA and become fluorescent. Dead cells therefore will be positive while live cells will be negative. 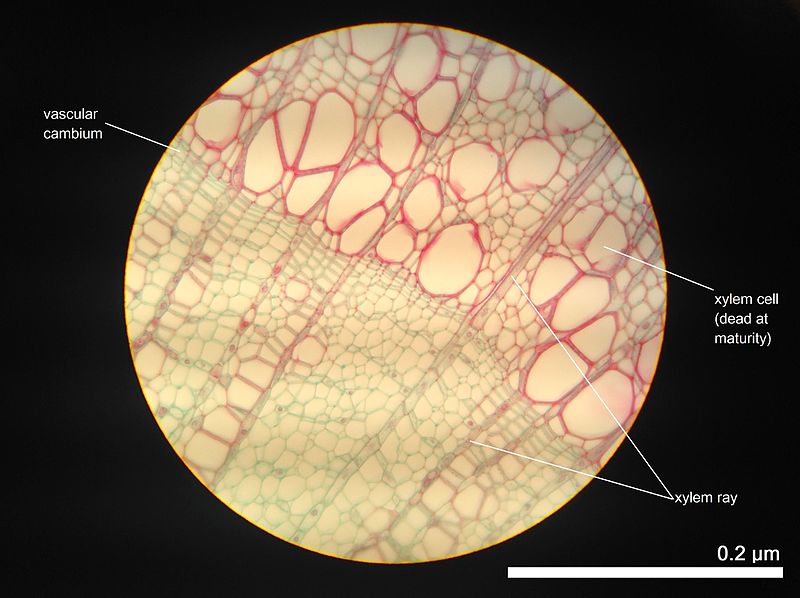 Figure 2: Dead Cells in the Xylem

Similarities Between Living and Dead Cells

Difference Between Living and Dead Cells

Living cells are the smallest part of an animal or plant that is able to function independently while dead cells are the cells that have undergone necrosis.

Living cells are not stained while dead cells undergo staining.