The main difference between Maven and Gradle is that the Maven is a software project management and comprehension tool that manages project builds, reports, and documents while the Gradle is an open source build automation tool focused on flexibility and performance.

Maven is a software project management tool that is primarily used for Java-based projects. But, it is also used to manage projects in other programming languages such as C#, Scala, and Ruby. It helps to manage builds, documents, reports, dependencies, software configurations, releases, and distributions. Most IDEs provide plugins for Maven. On the other hand, Gradle is an open source build automation tool. It is the official build tool for Android. Moreover, it is highly customizable and allows completing tasks quickly by reusing outputs from previous executions. 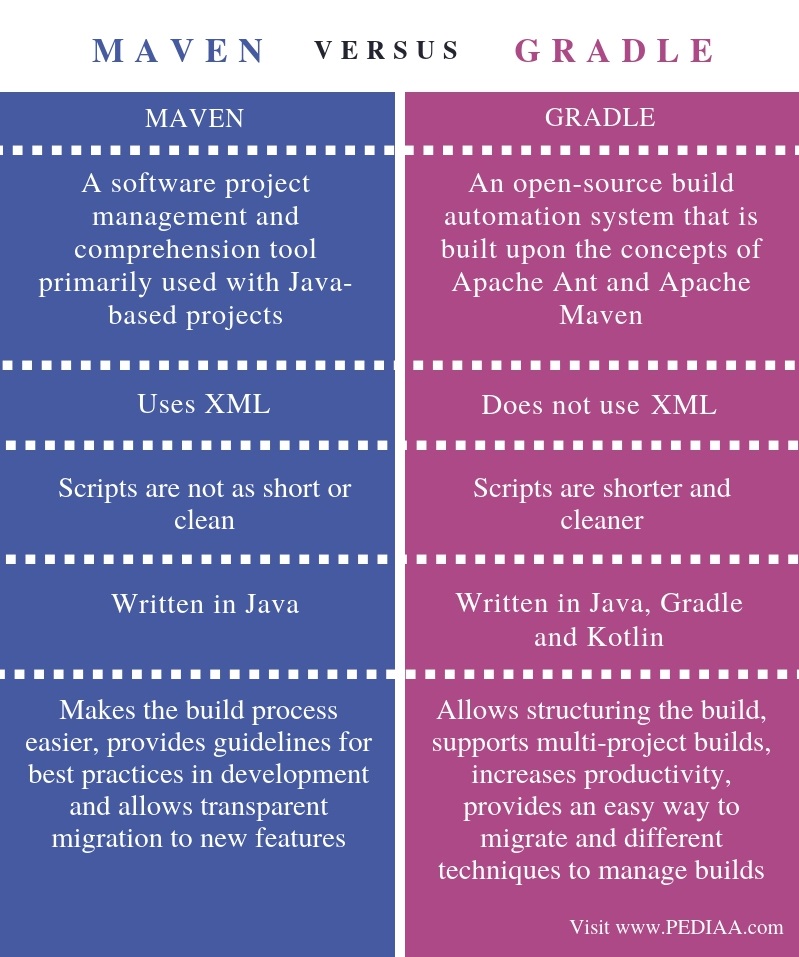 Maven is a project management tool that handles project builds, dependencies, distribution, releases, etc. Here, a software build refers to the process by which source code is converted into a stand-alone form that can be run on a computer.

Furthermore, Maven allows compilation, distribution, documentation and team collaboration. Also, Maven repository is a directory of packaged JAR file with pom.xml file. It has the configuration information to build the project. Here, JAR is a package that combines multiple Java class files and related resources into one file for distribution. 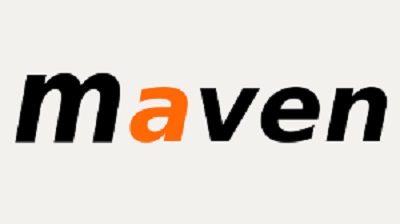 Gradle is an open source build automation system. It uses the concepts of Apache Ant and Apache Maven. Primarily, it was designed to support multi-project builds. Where, Gradle uses Directed Acyclic Graph to determine the order to run the tasks. Gradle became popular within a short period of time. For example, Google adopted Gradle as the default build tool for Android OS. 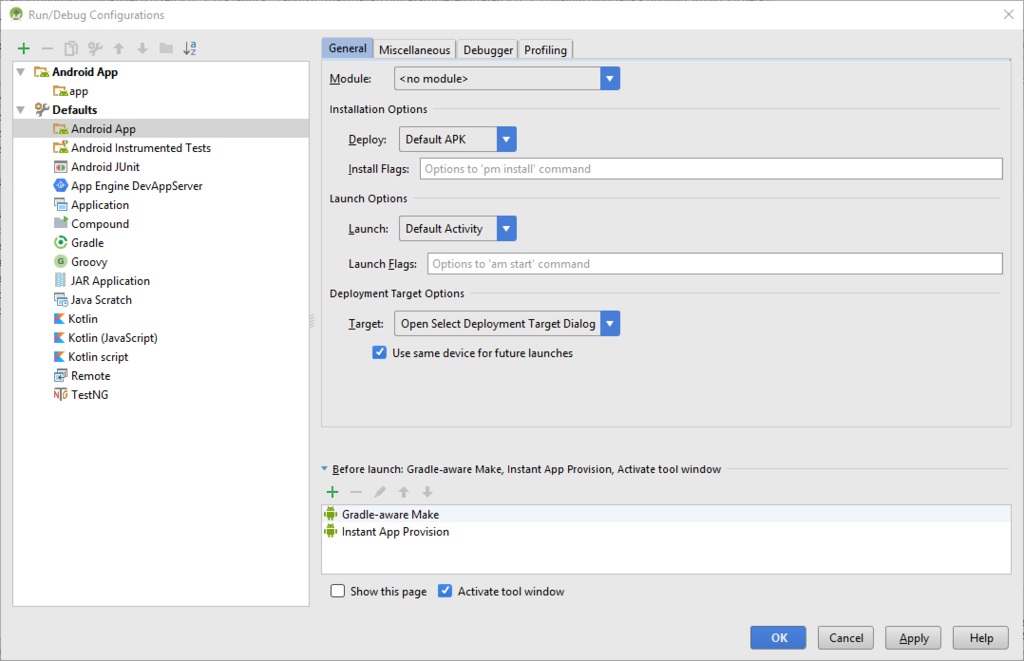 Furthermore, Gradle is based on Domain Specific Language (DSL). It does not use XML. Because, it is designed to solve a specific problem. Moreover, it supports the software life cycle from the compilation through statistical analysis and testing until packaging and deployment.

Besides, Gradle provides multiple advantages. It allows applying common design principles to the build process. It helps the developers to design well-structured and maintainable builds for multiple projects. Additionally, it provides various techniques to manage dependencies.

Difference Between Maven and Gradle

Maven is a software project management and comprehension tool primarily used with Java-based projects. In contrast, Gradle is an open-source build automation system that is built upon the concepts of Apache Ant and Apache Maven. Thus, this is the basic difference between Maven and Gradle.

Use of XML is a major difference between Maven and Gradle. Maven uses XML. However, Gradle does not use XML since it has its own DSL based on Groovy.

Moreover, Gradle scripts are shorter and cleaner than Maven scripts.

In addition, the main difference between Maven and Gradle is in the respective usage. Maven makes the build process easier, provides guidelines for best practices in development and allows transparent migration to new features. On the other hand, Gradle allows structuring the build. Furthermore, it supports multi-project builds, increases productivity, provides an easy way to migrate and different techniques to manage builds.

In brief, the main difference between Maven and Gradle is that Maven is a software project management and comprehension tool that manages project builds, reports and documents while Gradle is an open source build automation tool focused on flexibility and performance.

1. “Run Debug Configurations” By Elidrissi.Ilyas – Own work (CC BY-SA 4.0) via Commons Wikimedia
2. “maven” By Linux Screenshots (CC BY 2.0) via Flickr