Platyrrhines and catarrhines are the two parvorders of the infraorder Simiiformes, consisting of anthropoids. Generally, they differ by their nose shape, tail, number of premolar teeth, thumb, and the ectotympanic bone (ear bone).

Platyrrhines are one of the two parvorders of anthropoids of the infraorder Anthropodea. This parvorder includes New World monkeys, who originated 40 million years ago in South America. Generally, New World monkeys live in Mexico and Central and South America. There are five families of platyrrhines: Callitrichidae, Cebidae, Aotidae, Pitheciidae, and Atelidae. These are ranked together as the Ceboidea, which is the only extant superfamily of the parvorder Platyrrhini.

Furthermore, the main characteristic feature of platyrrhines is the presence of a flat nose with side-facing nostrils. New World monkeys in the family Atelidae are the only primates having a prehensile tail. In addition, the dental formula of platyrrhines consists of 2 incisors, 1 canine, 3 premolars, and 2 or 3 molars. The colour vision of New World monkeys is determined by a single gene on the X chromosome. Therefore, males and homozygous females have dichromatic vision while heterozygous females have trichromatic vision. Moreover, New World monkeys are small to medium-sized primates. 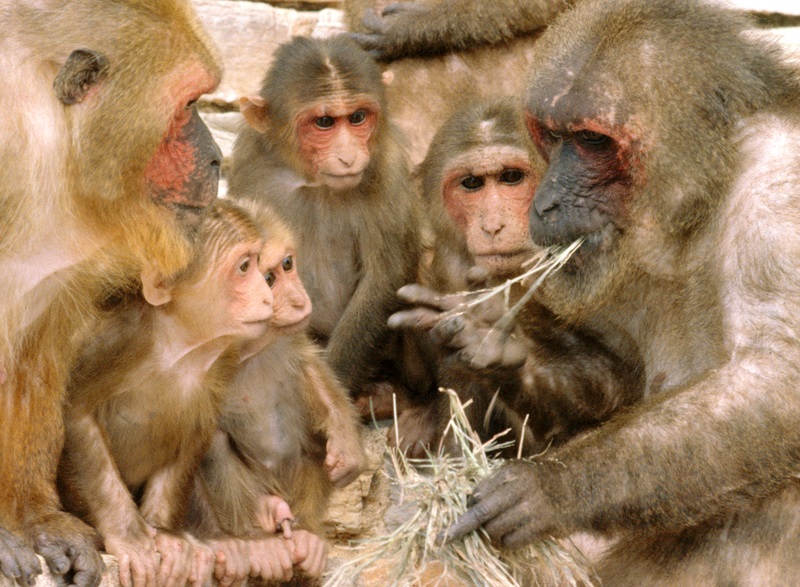 Moreover, the main characteristic feature of catarrhines is their downward-facing, narrow noses. Old World monkeys have shorter, non-grasping tails while apes lack tails. On the other hand, catarrhines have 2 premolars. However, they have trichromatic vision and opposable thumbs. Furthermore, catarrhines have comparatively large bodies with a high level of sexual dimorphism. They also live in social groups without forming pair bonds.

Similarities Between Platyrrhines and Catarrhines

Difference Between Platyrrhines and Catarrhines

Moreover, platyrrhines have prehensile tails that are flexible and long while Old World monkeys of catarrhines have the shorter, non-grasping tails and apes lack a tail.

Platyrrhines are one of the two parvorders of anthropoids, including New World monkeys. Moreover, this parvorder contains primates with flatter noses and their nostrils are facing sideways. In addition to these, the main significant features of Platyrrhines include their prehensile tail, three premolar teeth in each quadrant, wide nasal septum, a thumb that is not opposable, and the absence of an ectotympanic bone. Catarrhines are the second parvorder of anthropoids, including Old World monkeys, apes, and humans. However, these primates have hooked noses with downward-facing nostrils. Moreover, the other characteristic features of catarrhines include two premolar teeth in each quadrant, short tail in Old World monkeys and no tail in apes, narrow nasal septum, opposable thumb, and the presence of a tubular ectotympanic bone. Therefore, the main difference between Platyrrhines and catarrhines is their nose shape, tail, number of premolar teeth, thumb, and the ectotympanic bone.