The main difference between rice and millet is that rice is a cereal plant of the grass family whose seeds are used for food, whereas millet can be any of the several species of cereals that produce small grains when compared to maize.

Rice and millet are two types of cereal grains cultivated for human consumption as sources of carbohydrates. The two main species of rice are Asian rice (Oryza sativa) and African rice (Oryza glaberrima). On the other hand, pearl millet is the most commonly grown millet species; other millet species include finger millet, proso millet, and foxtail millet. Moreover, rice is the most consumed staple food of large parts of the human population, while millet is an important crop due to its productivity and short growing season. 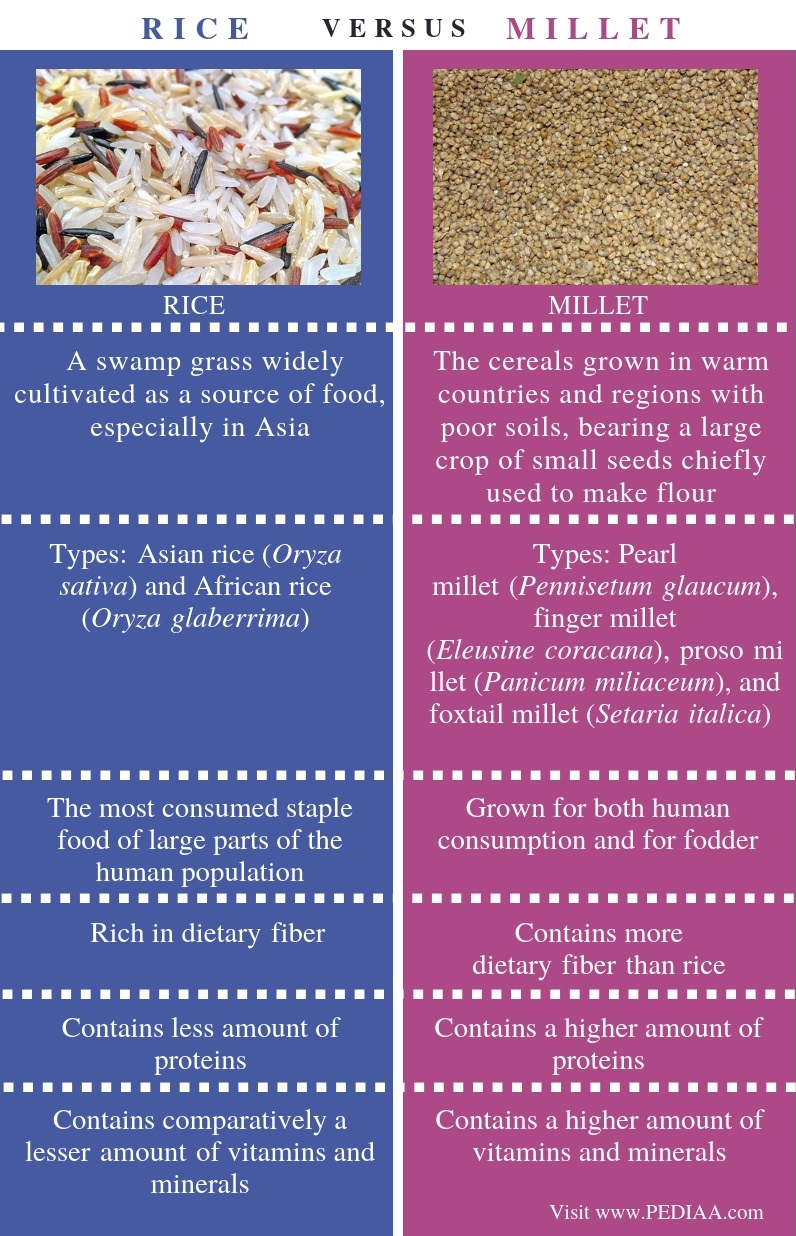 Rice is a cereal grain used as the main staple food across the world. Generally, rice plays a key role in human caloric intake and nutrition. Moreover, the two main grass species of rice are Oryza sativa (Asian rice) and Oryza glaberrima (African rice). Besides, rice is a monocot usually grown as an annual. Furthermore, rice contains 28% carbohydrates, 3% protein and micronutrients, including B vitamins, iron, and manganese.

Usually, rice is a good source of energy as it contains a higher amount of simple carbohydrates. However, these simple carbohydrates digest quickly and increase the blood glucose level. Therefore, the intake of more rice can cause obesity. However, brown rice prevents obesity and controls diabetes. They also improve digestion as they contain the bran with more dietary fibres. 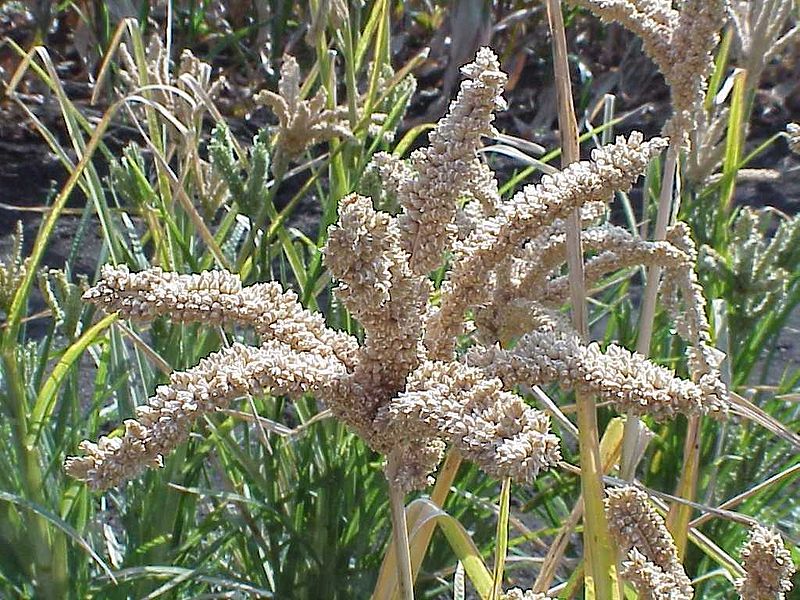 Moreover, millets are generally grown for local human consumption. They are also important as poultry food. Especially, millets are rich in proteins, dietary fibre, minerals including iron and phosphorus, potassium, and magnesium, and vitamins, including the vitamin B complex. Therefore, they are rich in nutritional value like fruits and vegetables. Millet can also improve digestion and fight against diabetes.

Similarities Between Rice and Millet

Difference Between Rice and Millet

Rice refers to a swamp grass widely cultivated as a source of food, especially in Asia while millet refers to the cereals grown in warm countries and regions with poor soils, bearing a large crop of small seeds chiefly used to make flour. So, this is the main difference between rice and millet.

Moreover, rice is the most consumed staple food of large parts of the human population, while millets are grown for both human consumption and for fodder.

Another difference between rice and millet is that rice is rich in dietary fibre, while millet contains more dietary fibre than rice.

Rice is the main staple food in many parts of the world. Moreover, the two main types of rice are Asian and African rice. Generally, rice is rich in carbohydrates, vitamins, minerals, and dietary fibre. On the other hand, millets are small cereal grains rich in proteins, dietary fibre, vitamins, and minerals apart from carbohydrates. Sometimes, millets are cultivated for fodder. However, both rice and millets are cereal grains. Thus, the main difference between rice and millet is their nutritional value and importance.