The main difference between subculture and counterculture is that a subculture includes a group of people who may accept the dominant culture to a certain extent but stands unique and separate from it by one or more culturally distinct characteristics, whereas counterculture includes a group of people whose beliefs, norms, and values are incompatible with the mainstream culture.

Both subcultures and countercultures share different ideas, beliefs, and values from those of the mainstream culture. 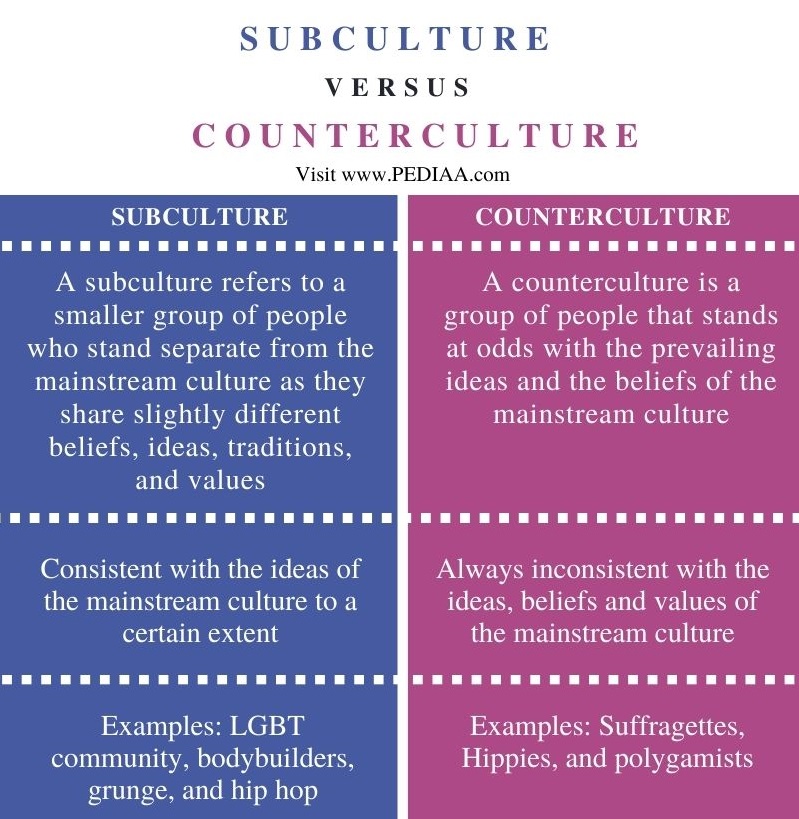 What is a Subculture 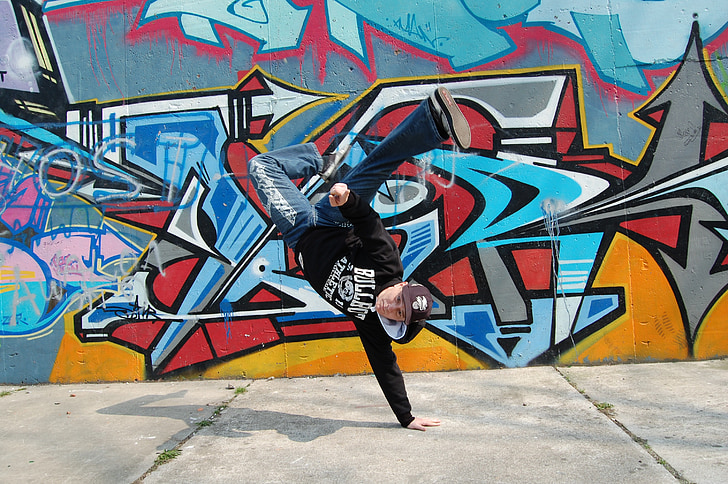 A counterculture is a group of people or a movement that holds ideas, values, and norms that are different from those of the prevailing dominant culture. Throughout history, there existed many countercultures. For example, the American women’s movement of the 1960s and 70s, where women’s liberation activists demanded equality for women and to pass the Equal Rights Amendment. Another example is the free-spirited “hippies” of the 1960s who advocated against the Vietnam War, equality, and the preservation of the environment

Furthermore, countercultural movements often transition with time and ultimately becomes a representation and a part of the mainstream cultural beliefs. This happens mainly as a result of the attitudinal and behavioural transition which takes place over a period of time or as a result of law enforcement. 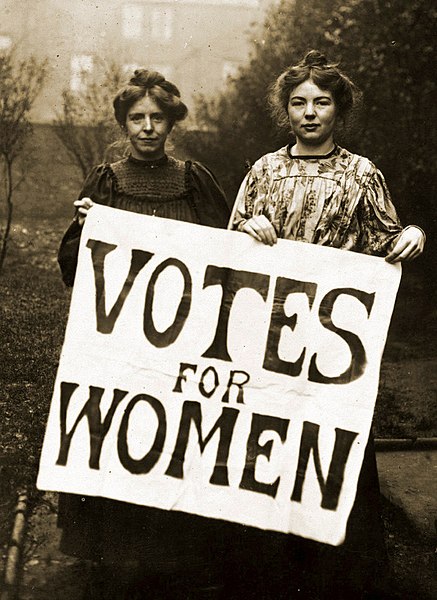 For instance, in the United States today, racial segregation is prohibited, and rights for equality based on race, sex, gender, etc., are protected by legislation. However, in the past, the social groups who struggled to establish these norms were considered the counterculture. But today the concept of equality for all is a principal part of the legal environment and the mainstream culture in the United States.

Difference Between Subculture and Counterculture

A subculture refers to a smaller group of people who stand separate from the mainstream culture as they share slightly different beliefs, ideas, traditions, and values. Meanwhile, a counterculture is a group of people that stands at odds with the prevailing ideas and the beliefs of the mainstream culture. Subcultures can be developed inside the dominant culture and within a counterculture.

1. “Culture Worlds.” Lumen – Boundless Sociology.
2. “Subculture Examples from the Past Century.” Your Dictionary.