XPS and PDF are two file formats. XPS is a Microsoft version of PDF. Mac computers and mobile devices do not have built-in XPS viewers. However, a PDF reader is already installed in most computers. Therefore, in overall, PDF is more popular than XPS. 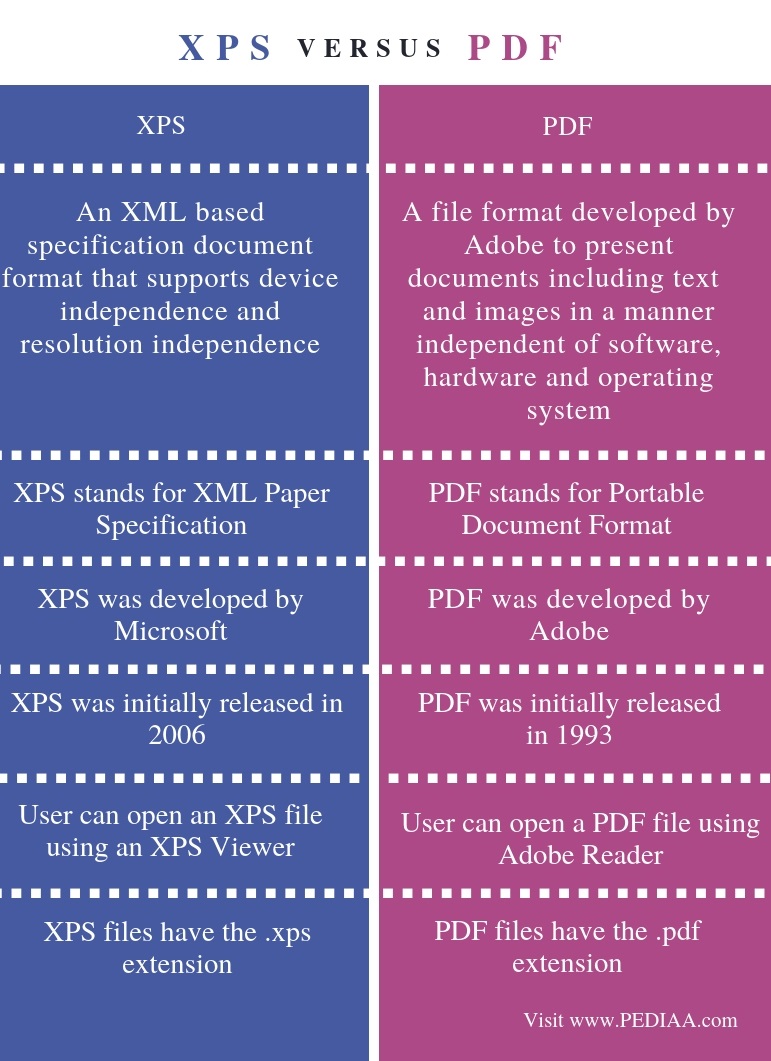 A file with the .XPS file extension is called an XML paper specification file. It describes the structure and the content of a document such as layout and appearance. Moreover, it is a replacement for Enhanced Metafile (.EMF) format. These documents remain the same in other platforms. XPS is the Microsoft version of PDF based on XML.

Users can view, sign and specify permissions of an XPS file using the XPS Viewer. Most Windows versions contain XPS Viewers. Mac users can open an XPS file with NiXPS View or Edit and the Pagemark XPS Viewer plug-in for Firefox and Safari web browsers.

After saving the content in the XPS format, it is not possible to modify an XPS file. Therefore, it is a better alternative to use for legal and contract documents. Users can sign the documents digitally without printing and signing them physically. Furthermore, Internet Explorer and Mozilla Firefox browsers are capable of selecting the XPS format to print a .xps file.

PDF stands for Portable Document Format. It is a file format developed by Adobe. The format is capable of presenting documents in a consistent manner on various platforms. It is one of the most widely used formats to save and exchange documents. 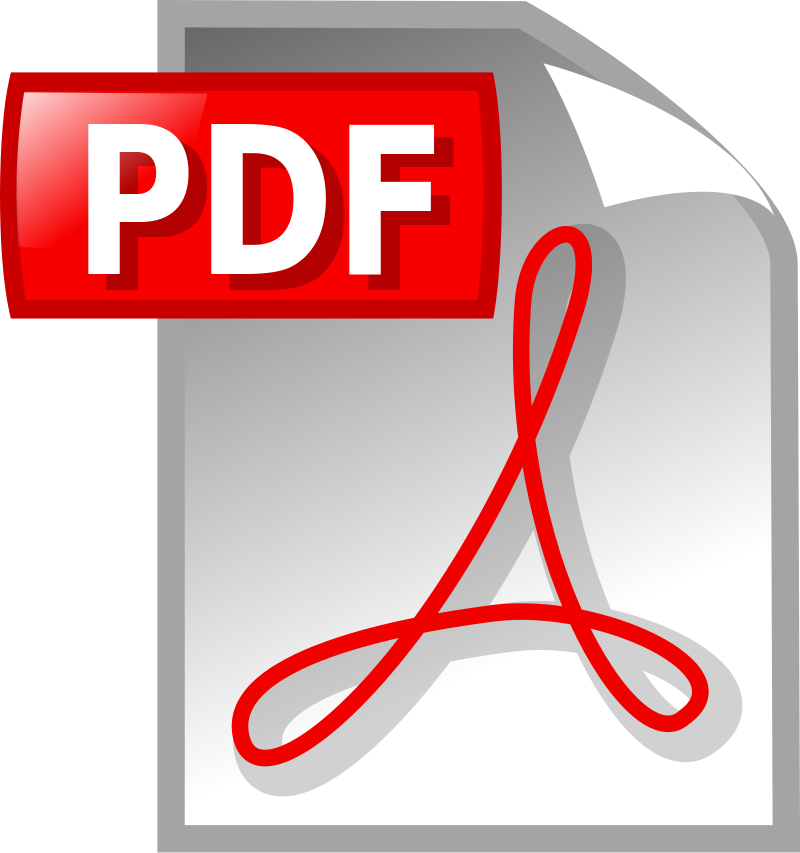 Users can create the documents in an application such as MS Word and save that document in PDF format. To view a PDF file, we can use Adobe Reader or a plug-in that supports PDF format. It is also possible to edit a PDF file using an Adobe Acrobat or a third party PDF editor. Furthermore, it is possible to encrypt PDF files. Therefore, only authorized parties can open them.

Difference Between XPS and PDF

XPS is an XML-based specification document format that supports device independence and resolution independence. PDF, on the other hand, is a file format developed by Adobe to present documents including text and images in a manner independent of software, hardware, and operating system. Thus, this explains the main difference between XPS and PDF.

Method of Viewing the documents

XPS files have .xps extension whereas PDF files have the .pdf extension. Hence, this is also a difference between XPS and PDF.