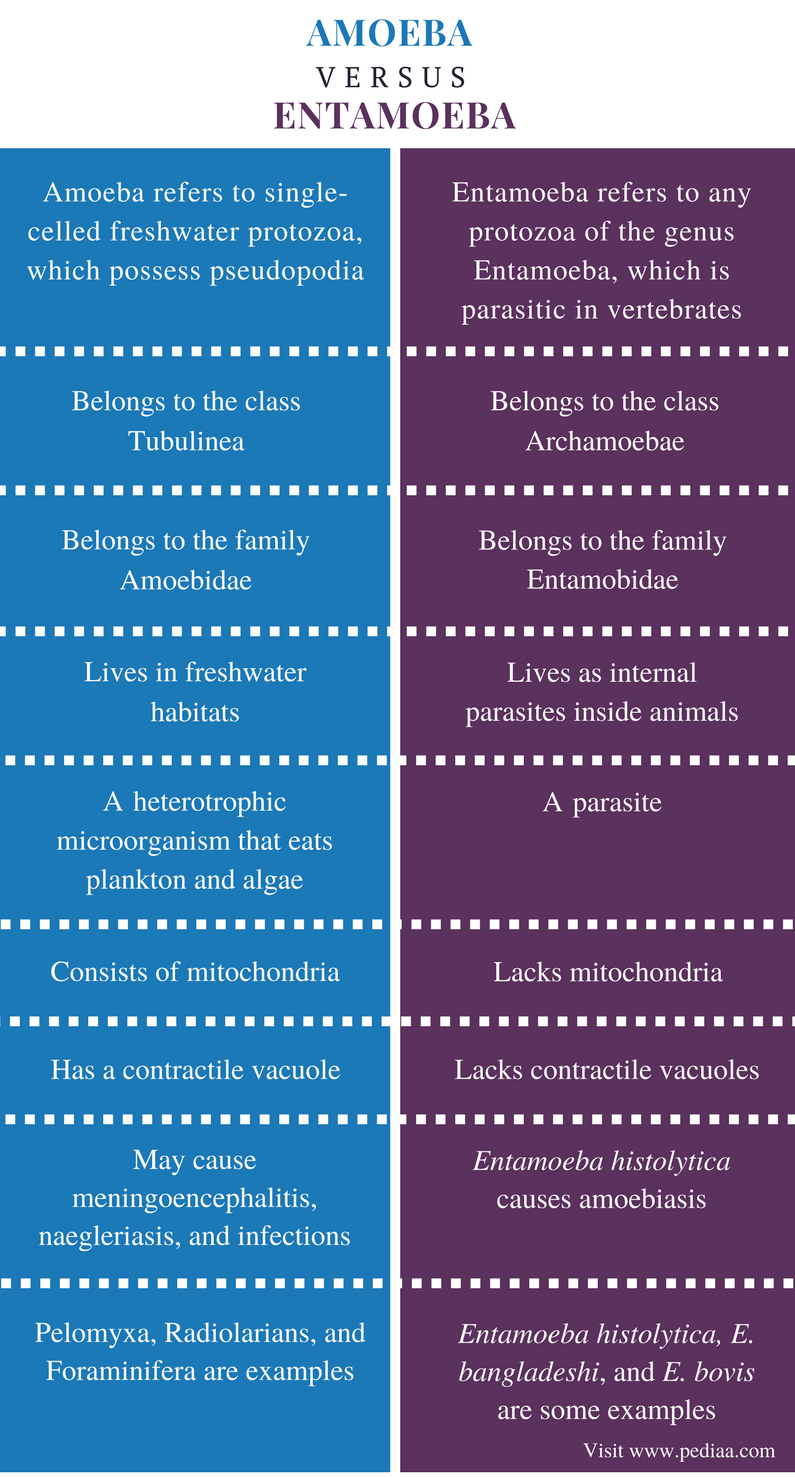 Amoeba refers to single-celled freshwater protozoa, which possess pseudopodia. It is characterized by the presence of a granular nucleus surrounded by a jelly-like mass of cytoplasm. Though most amoebae are free-living, a few may live as parasites. Due to the presence of pseudopodia, amoeba cell is irregular in shape. The diameter of an amoeba can be 0.1 mm. The cell membrane of the amoeba comprises an outer and an inner endoplasm. Amoeba cell contains food vacuoles and contractile vacuoles in its single-celled body. The propagation of amoeba occurs by forwarding its cytoplasm. The formation of pseudopodium allows amoeba to move slowly. The pseudopodium is also called false foot. This movement is referred to as amoeboid movement. Typically, amoeba eats bacteria, algae, plant cells, and other microscopic organisms. The process of feeding is referred to as phagocytosis in which pseudopodia is formed to engulf the food particle. The engulfed food is digested inside a vacuole in the body and wastes are eliminated by exocytosis. An Amoeba engulfing a diatom is shown in video 1.

Video 1: An Amoeba engulfing a diatom

Amoeba reproduces asexually by binary fission and formation of spores. Under favorable conditions, binary fission produces daughter cells by mitotic cell divisions of a parent cell. Spores are formed in dry conditions and during insufficiency of food and those spores are germinated under favorable conditions. Amoeba is sensitive to external stimuli such as the change in light, temperature, and chemicals. It is also sensitive to touch.

Entamoeba refers to any protozoa of the genus Entamoeba, which is parasitic in vertebrates. It may live as parasites inside some invertebrates and unicellular eukaryotes as well. The life cycle of Entamoeba consists of an infective cyst. A multiplying trophozoite stage can also be identified in their life cycle. The transmission of Entamoeba can occur through the ingestion of food that is contaminated with cysts. Entamoeba histolytica causes amoebic dysentery in humans and other animals. During amoebic dysentery, the intestinal wall is invaded by the trophozoites. Trophozoites also cause ameboic liver abscess and other extraintestinal lesions. The trophozoites of Entamoeba histolytica is shown in figure 2. 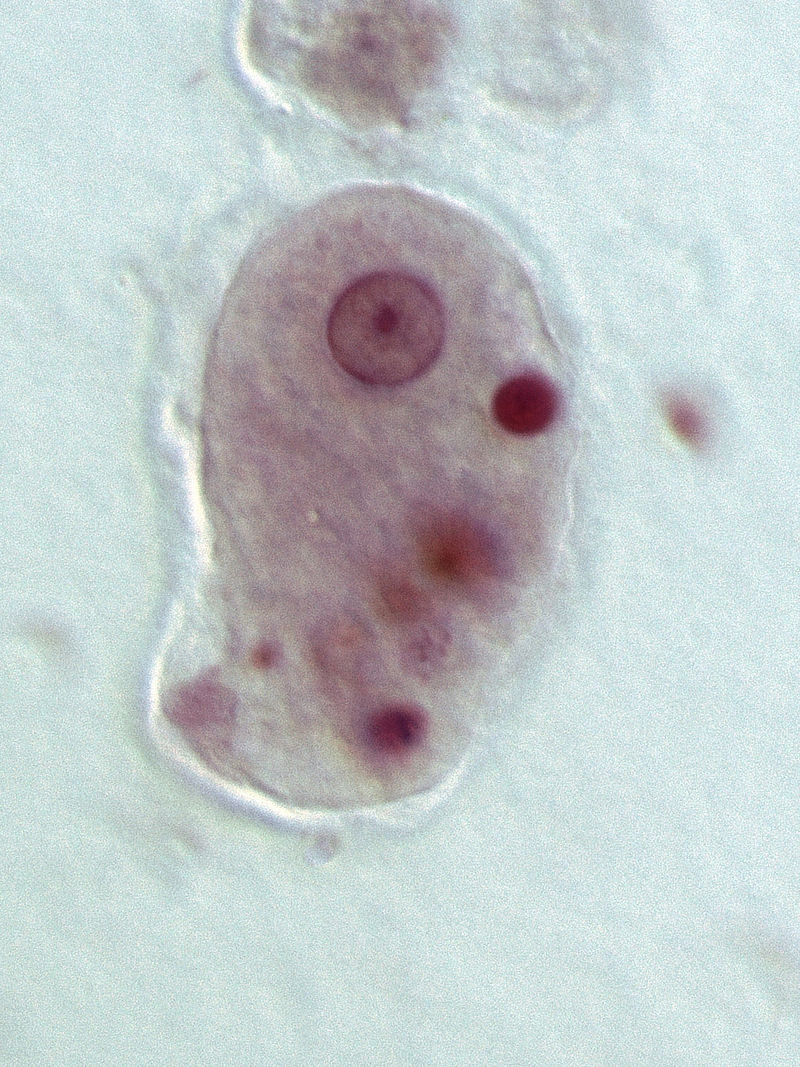 An entamoeba cell contains a single nucleus with a single lobose pseudopod. The size of a trophozoite is around 10 – 20 μm in diameter.

Similarities Between Amoeba and Entamoeba

Difference Between Amoeba and Entamoeba

Entamoeba: Entamoeba refers to any protozoa of the genus Entamoeba, which is parasitic in vertebrates.

Amoeba: Amoeba is a heterotrophic microorganism that eats plankton and algae.

Entamoeba: Entamoeba is a parasite.

Amoeba: Amoeba consists of a contractile vacuole, involved in the osmoregulation.

Amoeba: Amoeba may cause meningoencephalitis, naegleriasis, and infections.

Amoeba: Pelomyxa, Radiolarians, and Foraminifera are examples of Amoeba.

Entamoeba: Entamoeba histolytica, E. bangladeshi, and E. bovis are some examples of Entamoeba.