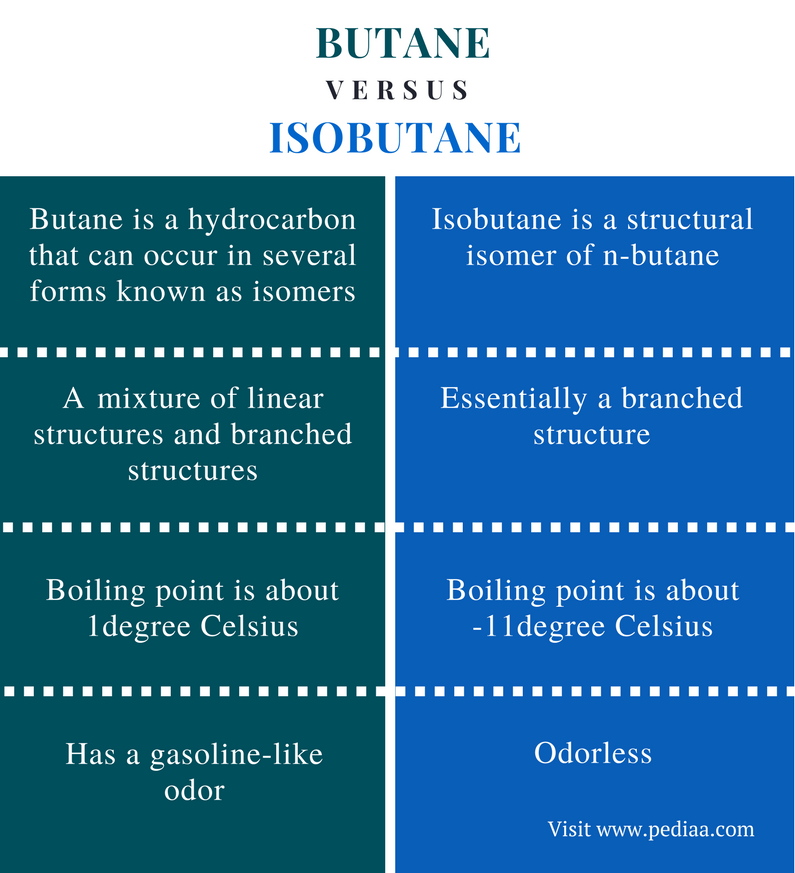 Butane is a hydrocarbon that can occur in several forms known as isomers. The chemical formula of butane is C4H10. It is an alkane since there are no double bonds between carbon atoms. The molar mass of butane is about 58 g/mol. At room temperature and atmospheric pressure, butane is a colorless gas that has a gasoline-like odor.

The major source of butane is crude oil. Crude oil has butane as a minor component. Butane is also a byproduct of petroleum refining. It can occur in several isomeric forms. These isomers are called structural isomers. There are two isomers of butane: n-butane and isobutane. n-butane is the linear, straight chain form of butane. Isobutane is the branched structure of butane. The term butane can be used to describe one of these isomers or a mixture of them. 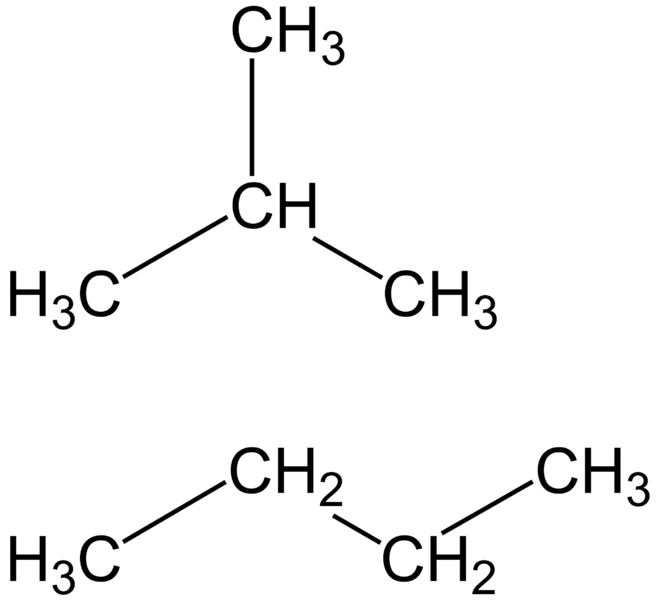 Butane can be used as an enhancer for the volatilization of gasoline. Therefore, butane is sometimes an additive to gasoline. Butane can also be used as a fuel directly. For example, it can be easily liquefied and be sold for household purposes such as cooking. Since the boiling point of butane is 1oC or less, butane liquid will immediately vaporize at room temperature. 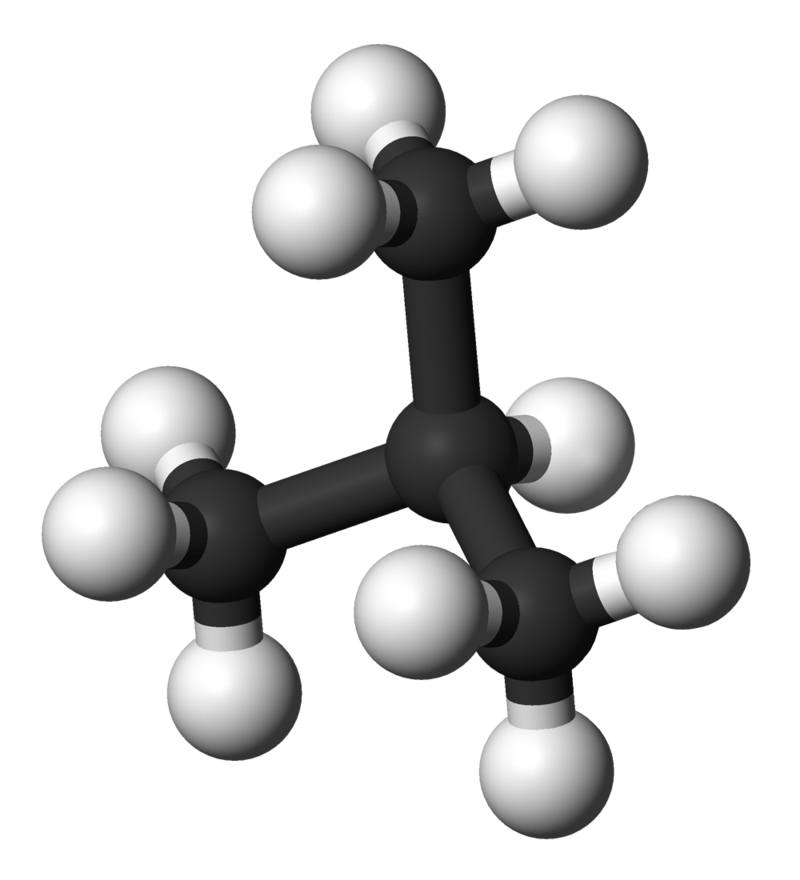 Due to the difference in the spatial arrangement of atoms of isobutane, the chemical and physical properties are different from that of butane. Isobutane can be formed from the isomerization of n-butane. It is a catalytic reaction and is reversible. This isomerization is done through an intermediate called olefins. The efficiency of the process is dependent on the temperature of the system.

Isobutane is used as a refrigerant. Since it has a negligible effect on the ozone layer, isobutane is a good substituent for compounds such as chlorofluorocarbon used in refrigerators.

Similarities Between Butane and Isobutane

Difference Between Butane and Isobutane

Butane: Butane is a hydrocarbon that can occur in several forms as isomers.

Isobutane: Isobutane is a structural isomer of n-butane.

Butane: Butane is a mixture of linear structures and branched structures.

Butane: The boiling point of butane is about 1oC.

Isobutane: The boiling point of Isobutane is about -11oC.

Butane: Butane has a gasoline-like odor.

Butane and isobutane are hydrocarbon compounds that can be found in crude oil as minor constituents. They are small alkane compounds that are called paraffin fraction of petroleum refining. Although they have the same chemical formula and the same molar mass, they are different in several ways. The main difference between butane and isobutane is that butane can be either a linear or branched molecule whereas isobutane is essentially a branched molecule.