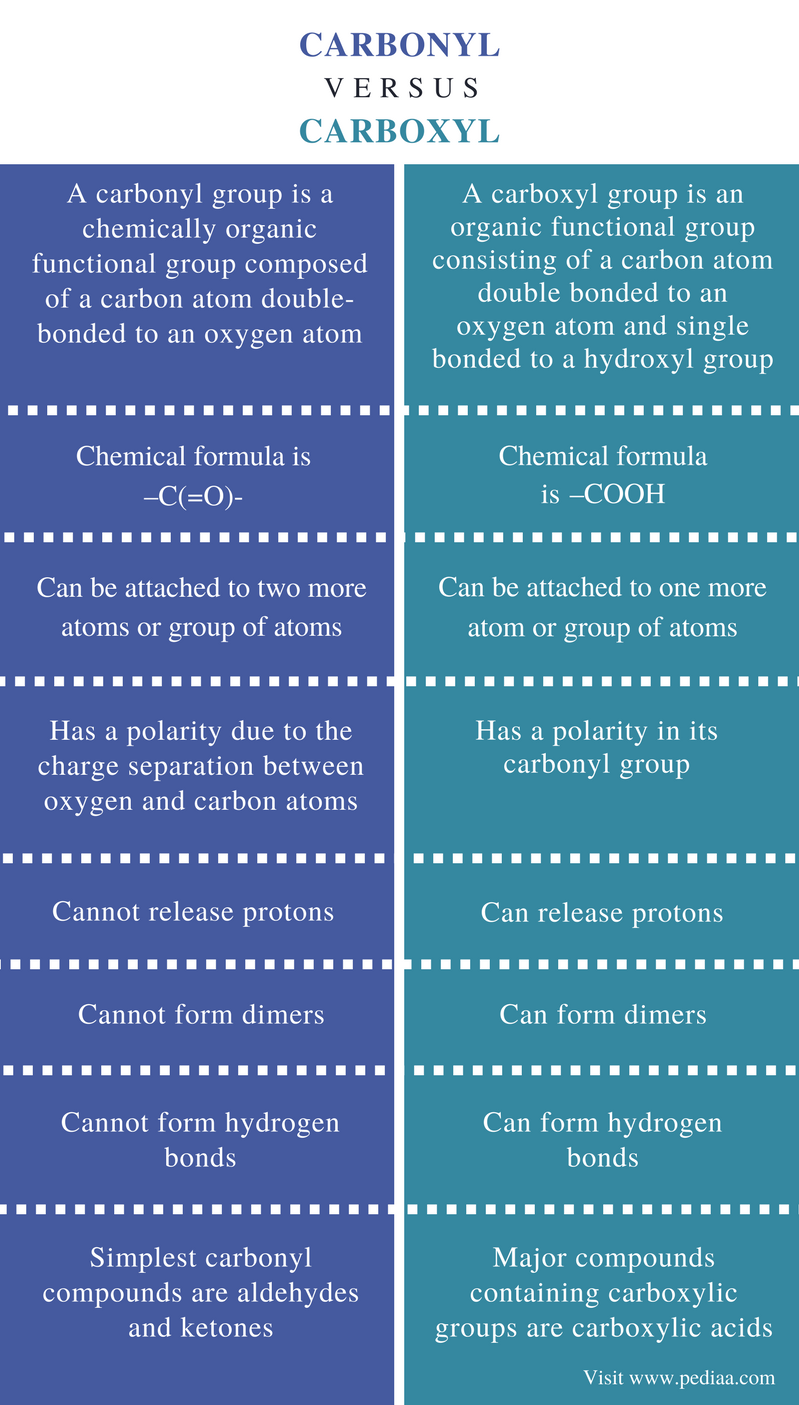 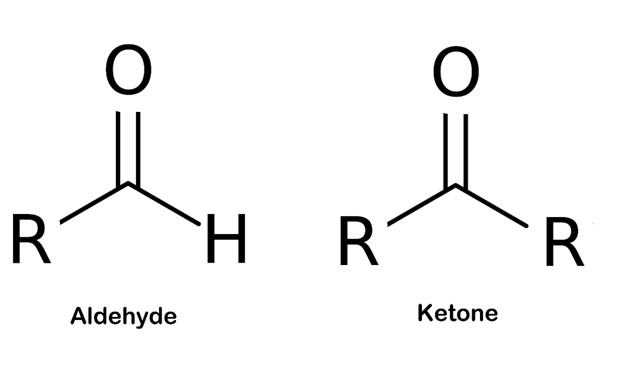 The C=O bond is polarized due to the difference between electronegativity values of carbon and oxygen. Oxygen is more electronegative and, attracts the bond electron pairs towards itself. Then the oxygen atom gets a partial negative charge whereas the carbon atom gets a partial positive charge. This carbonyl carbon can be attacked by a nucleophile. This polarity of the carbonyl group causes the reactivity of aldehydes and ketones. It also causes the higher boiling points of carbonyl compounds. 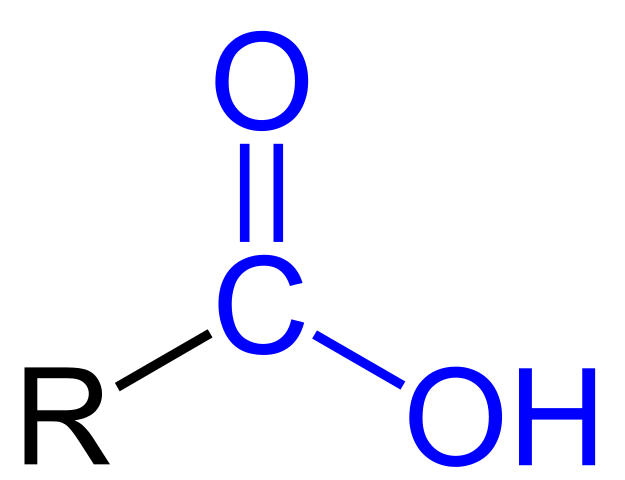 Similarities Between Carbonyl and Carboxyl

Difference Between Carbonyl and Carboxyl

Carbonyl: A carbonyl group is a chemically organic functional group composed of a carbon atom double-bonded to an oxygen atom.

Carboxylic: A carboxyl group is an organic functional group consisting of a carbon atom double bonded to an oxygen atom and single bonded to a hydroxyl group.

Carbonyl: The chemical formula of carbonyl group is –C(=O)-.

Carboxylic: The chemical formula of carboxyl group is –COOH.

Carbonyl: Carbonyl group can be attached to two more atoms or group of atoms.

Carboxylic: Carboxyl group can be attached to one more atom or group of atoms.

Carbonyl: Carbonyl group has a polarity due to the charge separation between the oxygen atom and the carbon atoms.

Carboxylic: Carboxyl group has a polarity in its carbonyl group.

Carbonyl: The simplest carbonyl compounds are aldehydes and ketones.