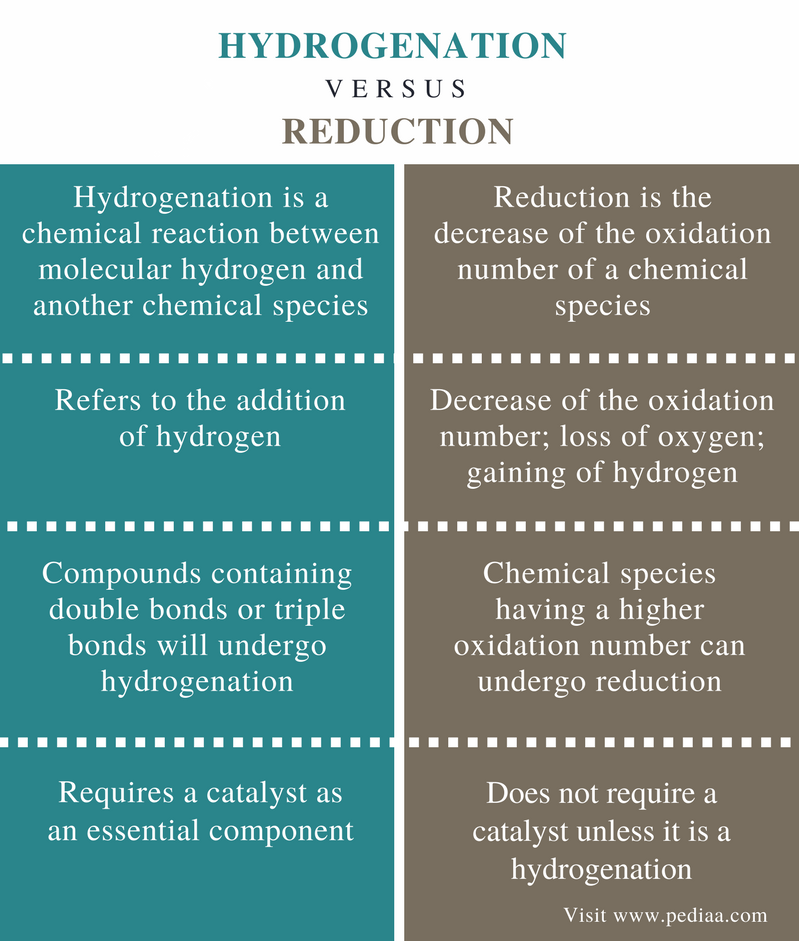 Nearly all organic compounds composed of double bonds or triple bonds can react with molecular hydrogen in the presence of a catalyst. The hydrogenation reaction is of great importance to industrial synthesis processes; for example, in the petroleum industry, hydrogenation is used to manufacture gasoline and various petrochemicals.

When considering the mechanism of hydrogenation, there are three main components that need to be considered. They are the unsaturated substrate, hydrogen source, and a catalyst. The temperature and pressure of the system may vary depending on the substrate and the catalyst used. 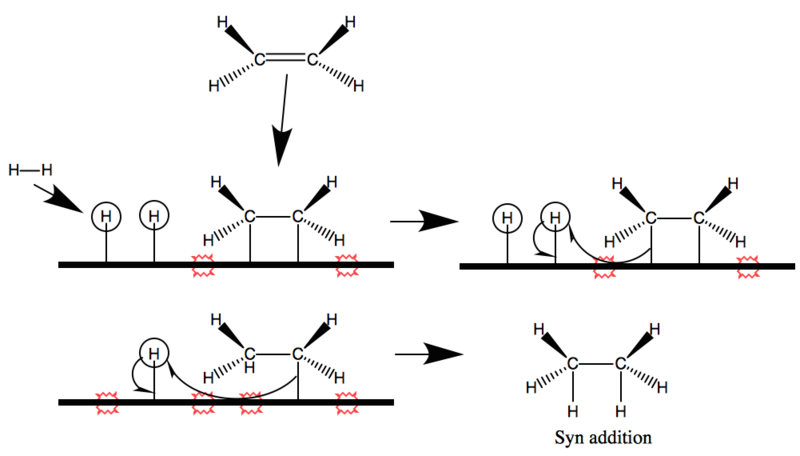 Hydrogenation that occurs in solids (heterogeneous catalyst) is explained by the Horiuti-Polanyi mechanism. It states the following steps.

But in hydrogenation processes that involve homogeneous catalysis, the metal binds to both components to give an intermediate alkene-metal(H)2 complex.

The reduction can be one of the three following phenomena.

Some common examples of reduction reactions:

Relationship Between Hydrogenation and Reduction

Difference Between Hydrogenation and Reduction

Hydrogenation: Hydrogenation is a chemical reaction between molecular hydrogen (H2) and another chemical species.

Reduction: Reduction is the decrease of the oxidation number of a chemical species.

Reduction: Reduction is the decrease of the oxidation number; loss of oxygen; gaining of hydrogen.

Reduction: Reduction reaction does not require a catalyst unless it is a hydrogenation.