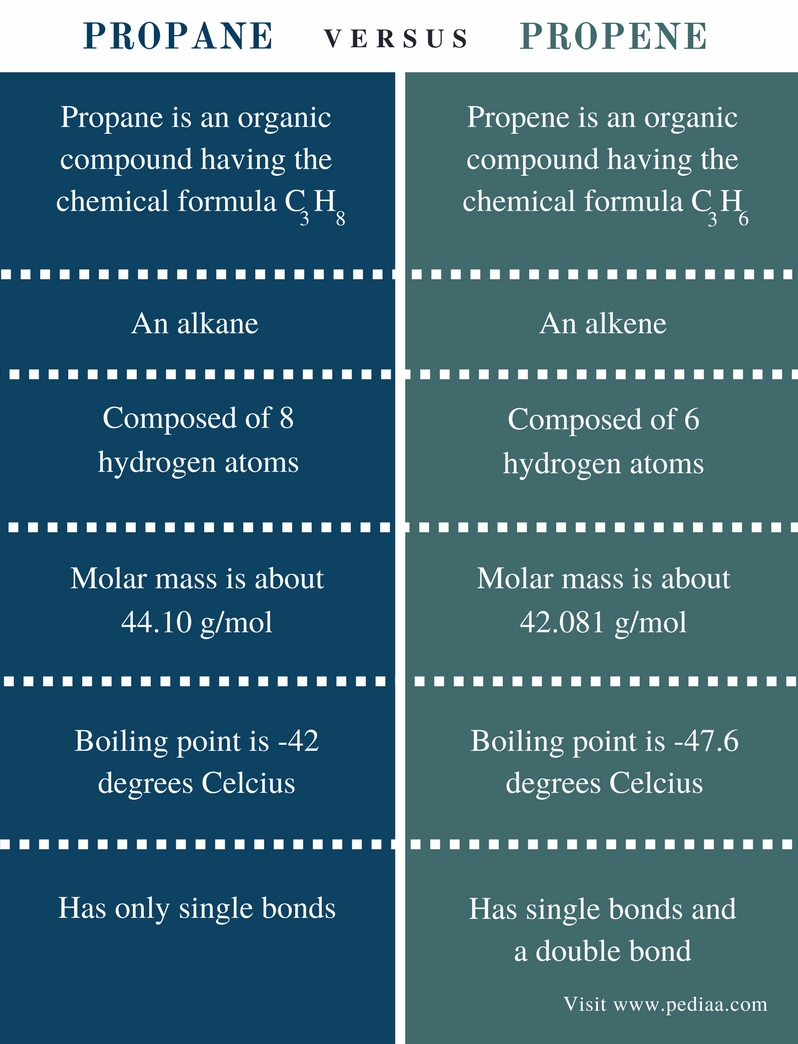 Propane is an organic compound having the chemical formula C3H8. It is an alkane whose chemical bonds are single bonds (propane is a saturated compound). It is a colorless gaseous compound that can easily be liquefied. Therefore, the most common application of propane is its use as LP gas (liquefied petroleum gas). The molecular mass of propane is 44.10 g/mol. 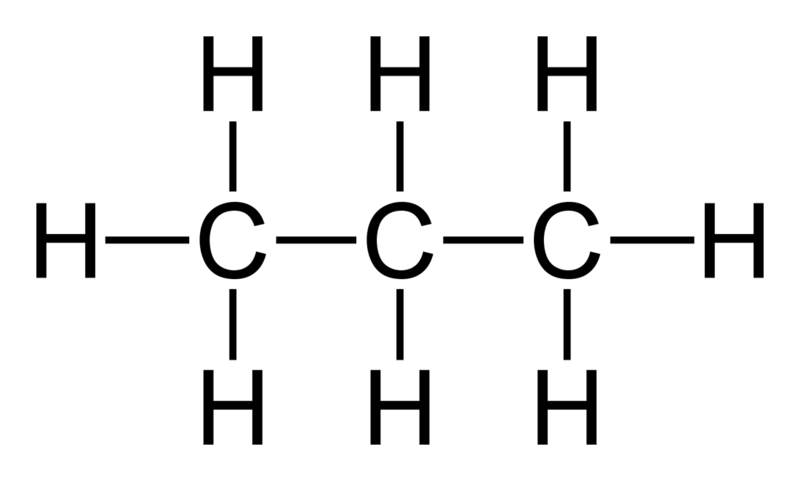 Propane can be obtained naturally in petroleum chemical mixtures. Therefore, the manufacturing process for propane includes the separation and collection of the gas from its source. Here, crude oil and natural gases are pumped out from the deep locations on earth. Generally, natural gas is composed of methane 90%, propane 5%, and other compounds. Propane gas can be separated from the natural gas mixture at a processing plant.

The boiling point of propane is around -42oC. Therefore, liquid propane can easily be vaporized due to its very low boiling point. When LP gas is used as soon as the lid of the container is opened, liquid propane will be converted into propane gas that can be burnt to get energy.

Propane is heavier than normal air since the relative density of propane is higher than 1. Therefore, if there is a mixture of propane and normal air in the same container, propane gas will sink to the bottom of the container.

Propene is an organic compound having the chemical formula C3H6. The molecular weight of propene is about 42.081 g/mol. It is a colorless gas at room temperature. It has a petroleum-like odor. This compound is composed of C and H atoms that are bonded to each other via single bonds and there is a double bond between two carbon atoms. Hence propene is an unsaturated compound. 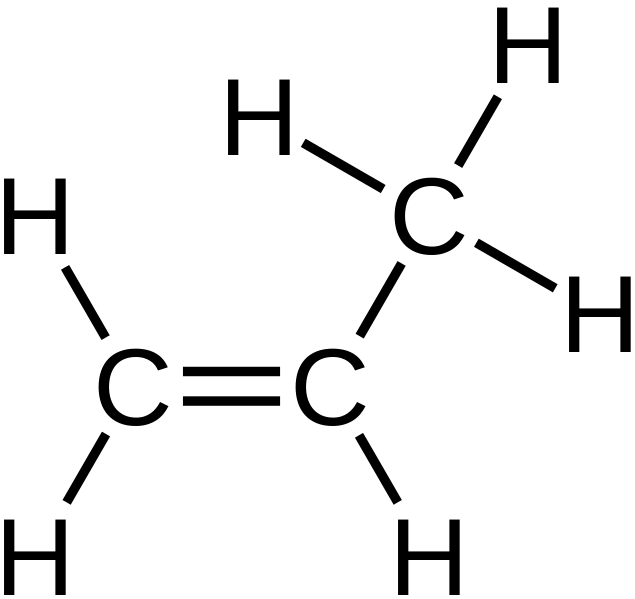 Propene is an alkyne. It is composed of sigma bonds and a pi bond. It has a linear chemical structure. Due to its unsaturation, propene is very important in producing polymer compounds. The double bond can undergo addition polymerization by opening up the double bond. The polymer made out of propene is poly(propene) (common name is polypropylene).

Similarities Between Propane and Propene

Difference Between Propane and Propene

Propane: Propane is an organic compound having the chemical formula C3H8.

Propene: Propene is an organic compound having the chemical formula C3H6.

Propane: Propane is an alkane.

Propene: Propene is an alkene.

Propane: The boiling point of propane is -42oC.

Propene: The boiling point of propene is -47.6 oC.

Propane: Propane has only single bonds.

Propene: Propene has single bonds and a double bond as well.