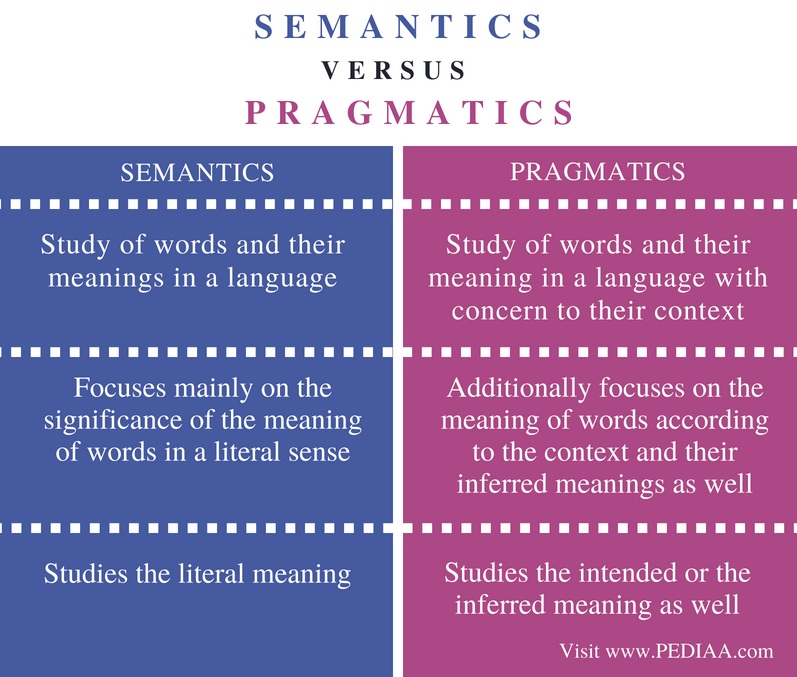 To explain further what semantics means in linguistics, it can be denoted that “it is the study of the interpretation of signs or symbols used in agents or communities within particular circumstances and contexts”. Hence, according to this, sounds, facial expressions, body language, and proxemics have semantic (meaningful) content, and each of these comprises several branches of study. Moreover, in written language, things like paragraph structure and punctuation bear semantic content; other forms of language bear other semantic content.

For example, this sentence – “He is so cool.”

Semantically, this sentence can be interpreted as – He is very nice, a compliment to the person, which is the literal meaning. But under pragmatics, this sentence suggests the context: the positive attitude of the speaker towards the person. This is the intended or the inferred meaning in the sentence.

Semantics looks at these relationships in language and how these meanings are created. This is a necessity for understanding how language works as a whole.

Pragmatics is another branch of linguistics. Similar to semantics, pragmatics also studies the meanings of words, but it pays emphasis on their context.  In other words, pragmatics  is “the study of the use of linguistic signs, words, and sentences, in actual situations.”

Thus, it looks beyond the literal meaning of an utterance or a sentence, considering how the context impacts its meaning to be constructed as well the implied meanings.

Therefore, unlike semantics, pragmatics concern the context of that particular words and how that context impacts their meaning.

For example, think of a situation when you and your friends are planning to give a surprise birthday party to one of your colleagues, and after everything is ready you see the colleague is on the way to the classroom and suddenly one of your friends shout “Candles?”. “Candles?” might indicate that you forgot to put candles on the birthday cake. Therefore, here that single word ‘candles’ convey a lot of meaning to you and your friends except for the colleague who has no idea that you have planned a surprise birthday party for him/her.

This is what pragmatics is about. Unlike semantics, which only concerns the meaning of the words, pragmatics goes a step further by looking at the same word in relation to its context. Thus, pragmatics explains how language users are able to overcome apparent ambiguity since it explains the meaning relies on the manner, time, place, etc. of an utterance. 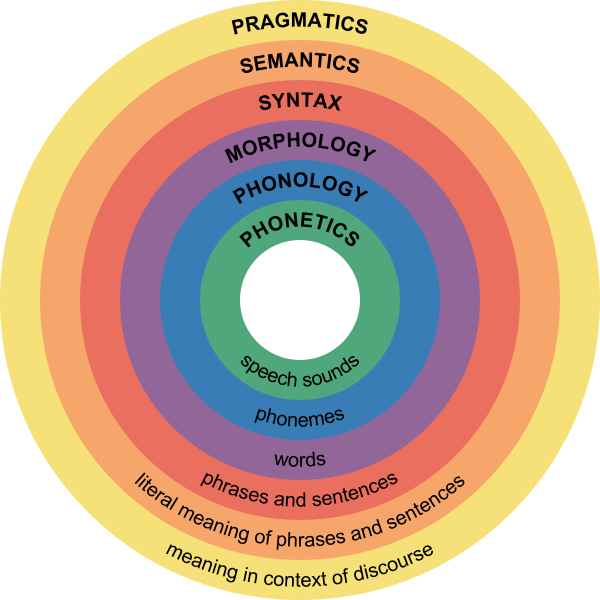 Even though semantics is concerned only with the exact, literal meaning of the words and their interrelations, pragmatics focuses on the inferred meaning the speakers and listeners perceive.

Similarities Between Semantics and Pragmatics

Difference Between Semantics and Pragmatics

Linguistics is the scientific study of language; semantics and pragmatics are two basic branches of linguistics. Though both these concern the study of words and their meanings in a language, they are different from each other. Semantics focus on the meanings of words without laying emphasis on their context whereas pragmatics do lay emphasis on the context in addition to studying the meaning of the same words. This is the main difference between semantics and pragmatics.