These two are terms that refer to the different usage of a language in speech. Most people use these two terms as synonyms. However, they have differences in a variety of aspects related to their usage. 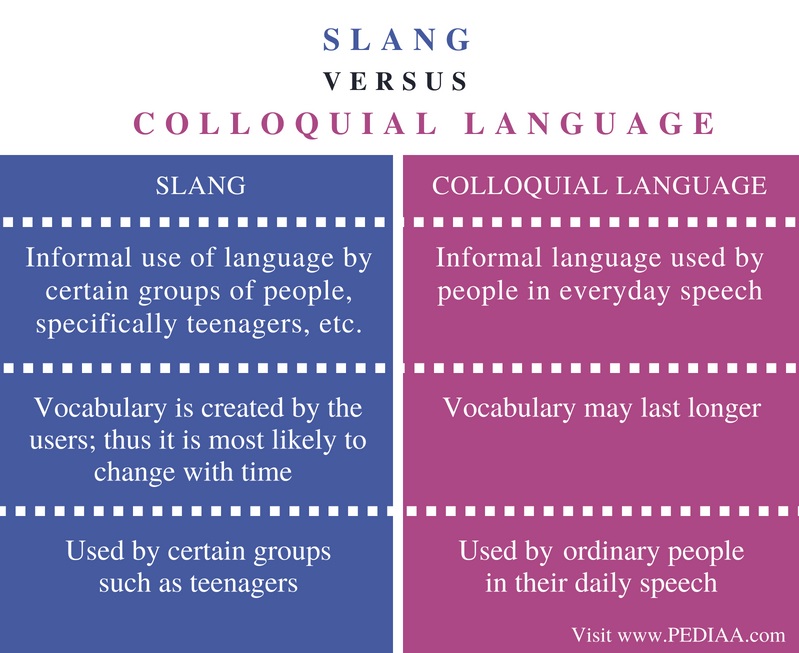 Slang is more informal than colloquialism. The history of the word slang has its origins in the mid 18th century. Slang is used only by certain groups – like teenagers or people of certain professions.

Slang is more common in speech than writing and is typically restricted to a particular context or group of people. Therefore, slang is used between people who belong to the same social group and also those who know each other well. 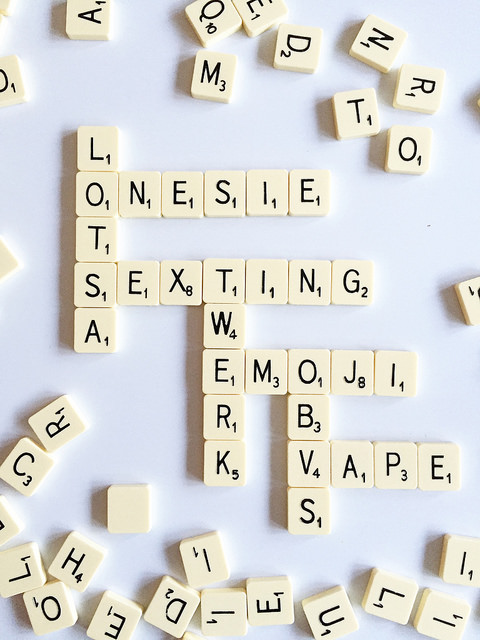 Given below are some well-known slang words:

Furthermore, since slang consists of very informal words, if it is used on someone who is not using that type of language, it can offend them as well.

Moreover, slang changes quickly, and as a result, slang words and expressions can disappear from the language. Similarly, new slang expressions can get updated in a language from time to time according to the standards of the people who use it.

What is Colloquial Language

Colloquial language is the everyday use of language, commonplace parlance or vernacular language. However, it might have several different phrases, vocabulary or complete aphorisms, unlike the standard ordinary language usage. 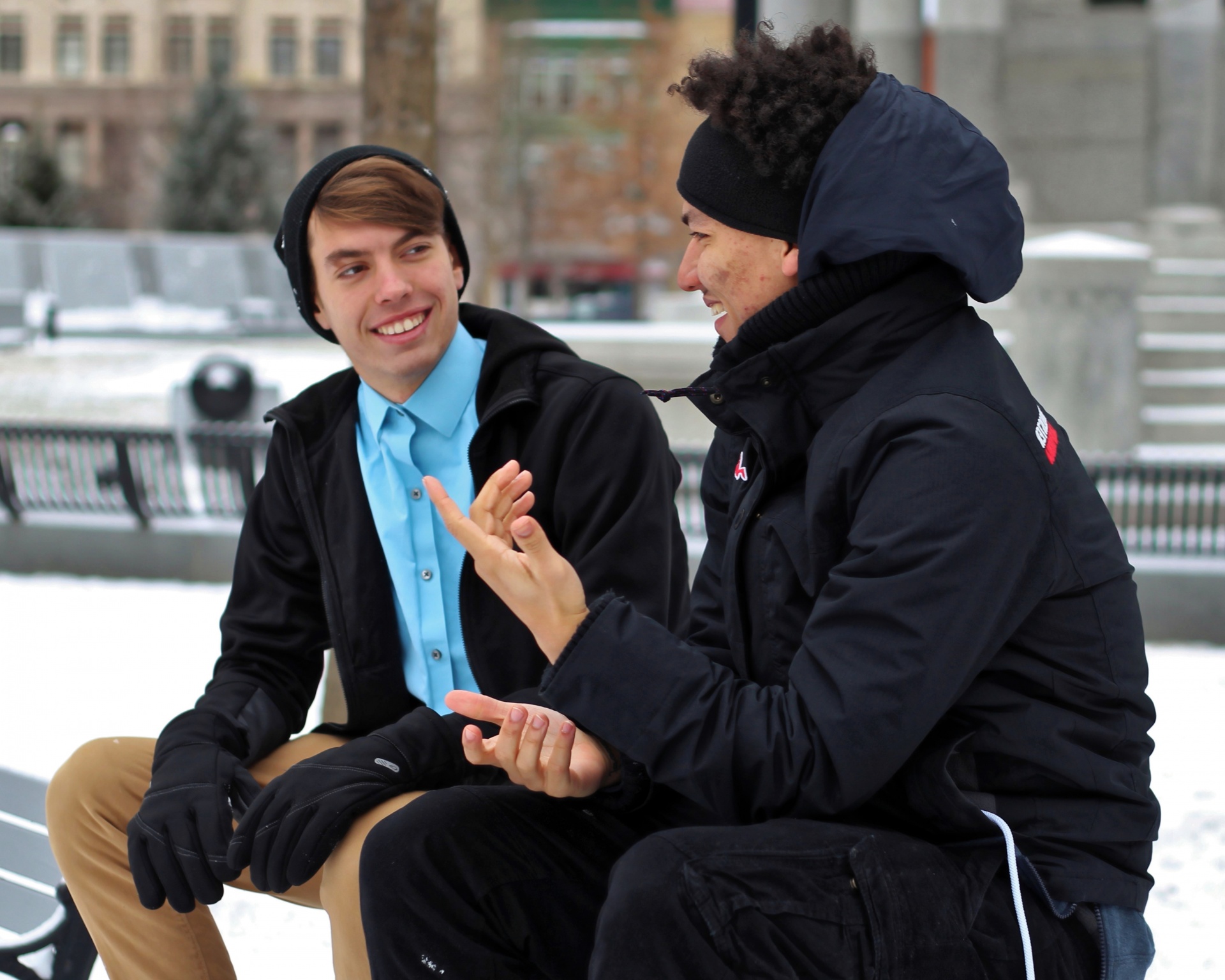 Some examples of colloquial language are:

Similarity Between Slang and Colloquial Language

Difference Between Slang and Colloquial Language

The vocabulary of slang is created by the users thus it is most likely to change with time whereas the vocabulary in colloquial speech may last longer than slang.

Certain groups such as teenagers typically use slang while ordinary people in their daily speech use colloquial language.