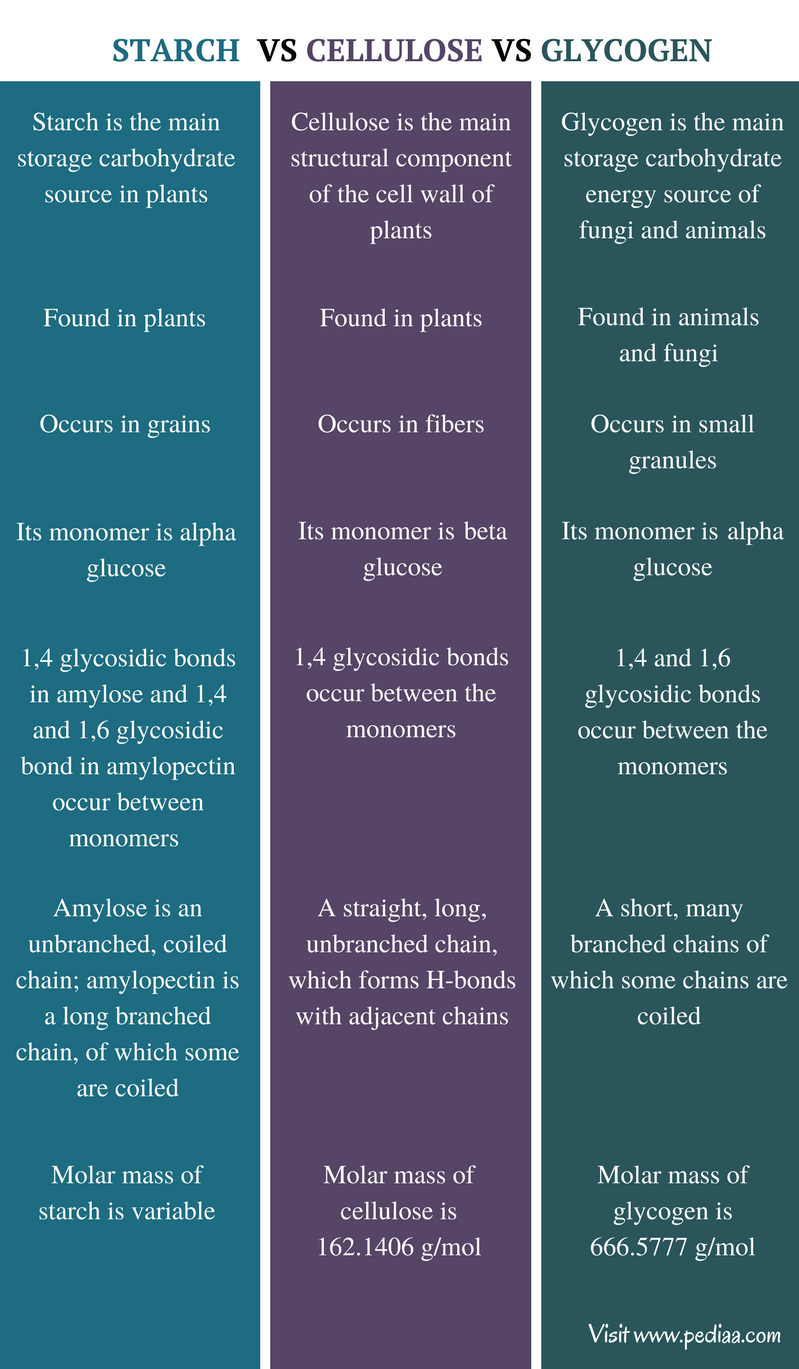 Starch is the polysaccharide synthesized by green plants as their main energy store. Glucose is produced by photosynthetic organisms as a simple organic compound. It is converted into insoluble substances like oils, fats, and starch for storage. Insoluble storage substances like starch do not affect the water potential inside the cell. They may not move away from the storage areas. In plants, glucose and starch are converted into structural components like cellulose. They are also converted into proteins which are required for the growth and repair of the cellular structures.

Plants store glucose in staple foods like fruits, tubers like potatoes, seeds like rice, wheat, corn, and cassava. Starch occurs in granules called amyloplasts, arranged into semi-crystalline structures. Starch is composed of two types of polymers: amylose and amylopectin. Amylose is a linear and helical chain but amylopectin is a branched chain. Around 25% of starch in plants are amylose while the rest is amylopectin. Glucose 1-phosphate is first converted into ADP-glucose. Then ADP-glucose is polymerized via 1,4-alpha glycosidic bond by the enzyme, starch synthase. This polymerization forms the linear polymer, amylose. The 1,6-alpha glycosidic bonds are introduced to the chain by starch branching enzyme that produces amylopectin. Starch granules of rice are shown in figure 1. 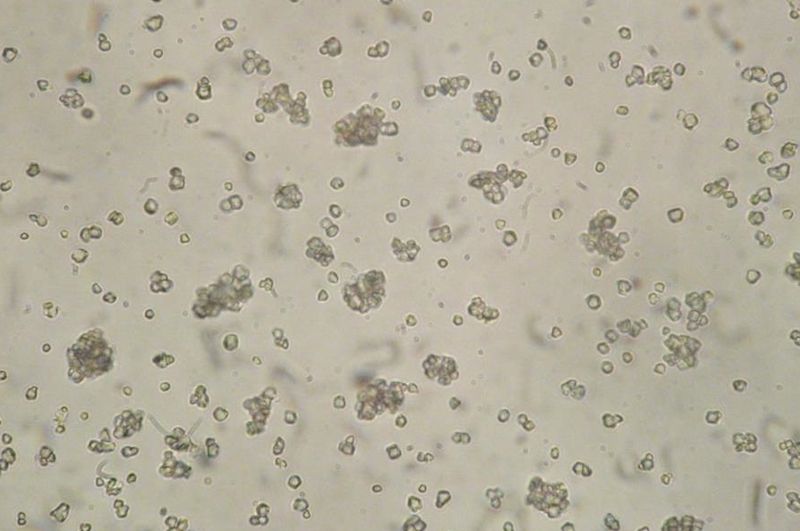 Cellulose is the polysaccharide which is made up of hundred to many thousands of glucose units. It is the major component of the cell wall of plants. Many algae and oomycetes also use cellulose to form their cell wall. Cellulose is a straight chain polymer in which 1,4-beta glycosidic bonds are formed between glucose molecules. Hydrogen bonds are formed between multiple hydroxyl groups of one chain with neighboring chains. This allows the two chains to be held together firmly. Likewise, several cellulose chains are involved in the formation of cellulose fibers. A cellulose fiber, which is made up of three cellulose chains, is shown in figure 2. Hydrogen bonds between cellulose chains are shown in cyan color lines. 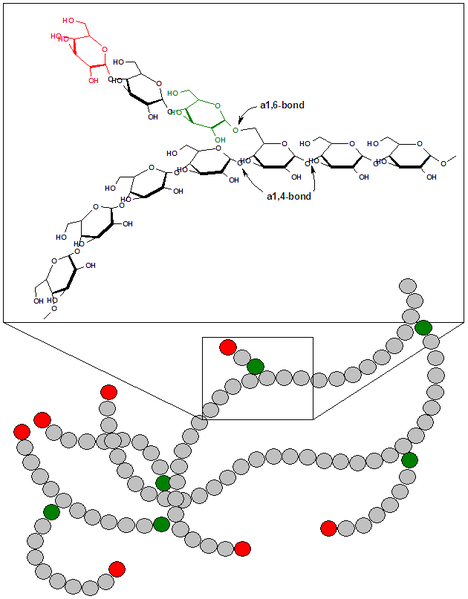 Difference Between Starch Cellulose and Glycogen

Starch: Starch is the main storage carbohydrate source in plants.

Cellulose: Cellulose is the main structural component of the cell wall of plants.

Glycogen: Glycogen is the main storage carbohydrate energy source of fungi and animals.

Starch: The monomer of starch is alpha glucose.

Cellulose: The monomer of cellulose is beta glucose.

Glycogen: The monomer of glycogen is alpha glucose.

Cellulose: 1,4 glycosidic bonds occur between the monomers of cellulose.

Glycogen: 1,4 and 1,6 glycosidic bonds occur between the monomers of glycogen.

Nature of the Chain

Starch: Amylose is an unbranched, coiled chain and amylopectin is a long branched chain, of which some are coiled.

Glycogen: Glycogen is a short, many branched chains of which some chains are coiled.

Starch: The molecular formula of starch is (C6H10O5)n

Cellulose: The molecular formula of cellulose is (C6H10O5)n.

Glycogen: The molecular formula of glycogen is C24H42O21.

Starch: Starch can be found in plants.

Cellulose: Cellulose is found in plants.

Glycogen: Glycogen is found in animals and fungi.

Cellulose: Cellulose is involved in the building of cellular structures like cell walls.

Starch, cellulose, and glycogen are polysaccharides found in organisms. Starch is found in plants as their major storage form of carbohydrates. Linear chains of starch are called amylose and when branched they are called amylopectin. Glycogen is similar to amylopectin but is highly branched. It is the major carbohydrate storage form in animals and fungi. Cellulose is a linear polysaccharide, which forms hydrogen bonds among several cellulose chains to form a fibrous structure. It is the major component of the cell wall of plants, some algae, and fungi. Thus, the main difference between starch cellulose and glycogen is their role in each organism.