The main difference between buckwheat and wheat is that buckwheat is the seed of the flowering plant, the Fagopyrum tataricum, which is not a grass, whereas wheat refers to any of the several cereal grains, of the genus Triticum. Furthermore, buckwheat is completely gluten-free, while wheat contains gluten. Moreover, flowers of buckwheat attract honey bees, aiding them to produce dark honey with a unique flavour.

Buckwheat and wheat are two types of seed-producing plants whose seeds are edible. 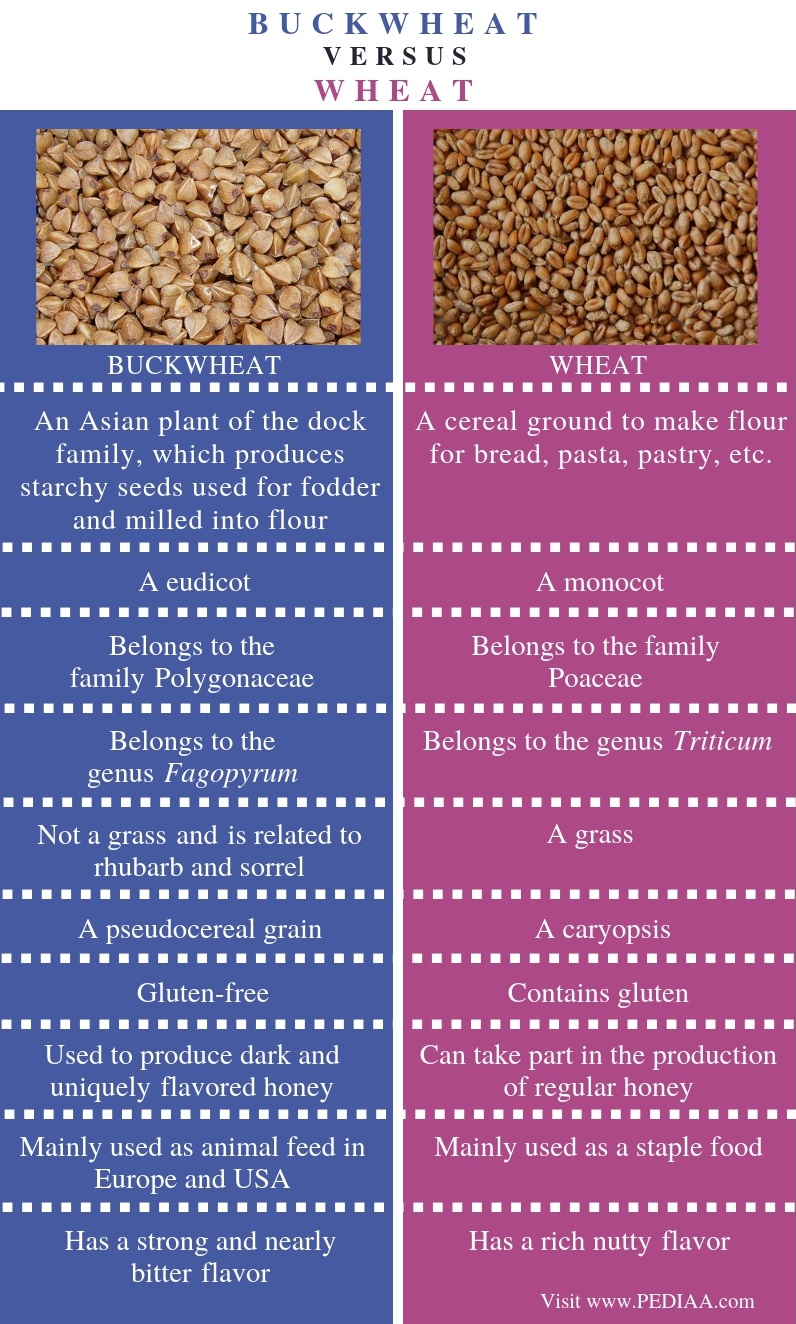 Buckwheat (Fagopyrum esculentum), or common buckwheat, is a plant related to sorrel, knotweed, and rhubarb, producing grain-like seeds. Generally, it is a domesticated plant in Asia. Also, it easily grows in mountain regions and is used to produce noodles in Northern China, Korea, and Japan. Furthermore, the buckwheat plant produces white and pink flowers. The seeds of buckwheat resemble those of the sunflower. They are soft and nutritious and occur inside a hard shell. In addition, as the milling process incorporates most buckwheat hull into the flour, the buckwheat flour is rich in fibre. 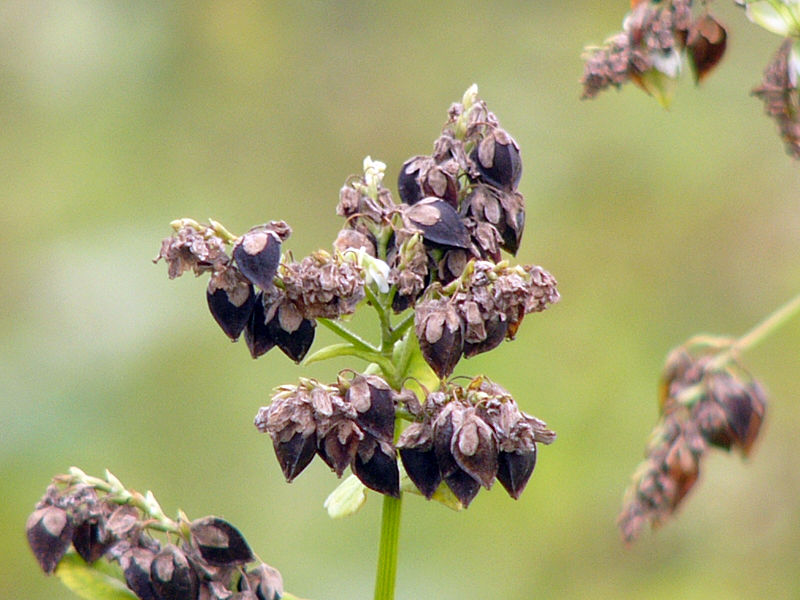 Furthermore, the seeds of buckwheat are gluten-free. Thus, it is suitable for those who are gluten-intolerant. On the other hand, buckwheat flowers are important for the production of a special honey that is dark in colour and has a unique flavour. Moreover, buckwheat flour is important to make springly soba noodles, pancakes, and gluten-free crepes. Also, it is used to produce dinner rolls, cakes, brownies, pizza dough, etc.

Wheat is one of the main cereal grain used as staple food worldwide. Generally, there are many species of wheat of the genus Triticum. However, the most widely grown species is the common wheat (T. aestivum). The three parts of a wheat cereal grain are the endosperm, germ, and the bran. The wheat endosperm is rich in carbohydrates and proteins while the germ is rich in vitamin B and iron. On the other hand, the bran is rich in dietary fiber. However, the milling process only uses the endosperm to produce the flour. Therefore, only whole grain flour is rich in multiple nutrients. 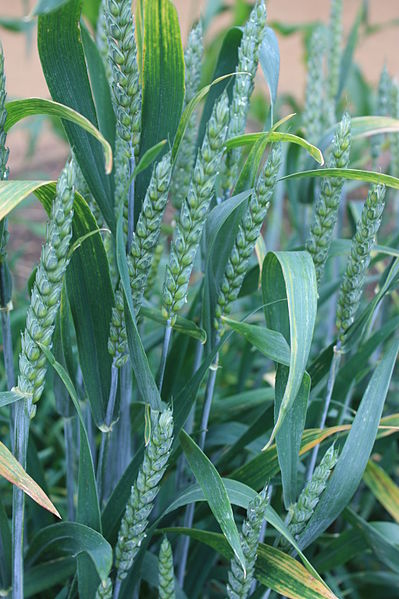 Moreover, wheat is rich in gluten, which can trigger a harmful immune response in predisposed individuals. However, the protein content of wheat is around 7-22% and 80% of it is gluten. Although this makes the wheat dough more sticky and elastic, it reduces the protein quality. Therefore, the proteins in wheat are incapable of providing essential amino acids.

Similarities Between Buckwheat and Wheat

Difference Between Buckwheat and Wheat

Buckwheat refers to an Asian plant of the dock family, which produces starchy seeds used for fodder and milled into flour, while wheat refers to a cereal ground to make flour for bread, pasta, pastry, etc. Thus, this is the main difference between buckwheat and wheat.

Moreover, buckwheat is a eudicot while wheat is a monocot.

Another difference between buckwheat and wheat is that buckwheat is not a grass and is related to rhubarb and sorrel, while wheat is a grass.

Besides, buckwheat grain is a pseudocereal while wheat is a caryopsis.

Gluten content is also an important difference between buckwheat and wheat. Buckwheat is gluten-free while wheat contains gluten.

Also, buckwheat is used to produce dark and uniquely flavoured honey, while wheat can take part in the production of regular honey.

Additionally, buckwheat has a strong and nearly bitter flavour, while wheat has a rich nutty flavour.

Buckwheat is a pseudocereal that resembles wheat. However, buckwheat plant is not a grass and it belongs to a different family of flowering plants. Moreover, buckwheat flour is gluten-free. Also, its flowers are used to produce a special type of honey. On the other hand, wheat is a cereal grain widely used as a staple food. Furthermore, the wheat plant is grass. Although wheat is rich in carbohydrates, it also contains gluten. Therefore, the main difference between buckwheat and wheat is the type of plant and the importance of the grain.