The main difference between chives and leeks is that leeks are allium vegetables with a sweet mixed oniony flavour, while chives are allium herbs with a flavour profile quite similar to scallion and garlic.

Simply put, both chives and leeks are alliums, just like onions, scallions, garlic, and shallots. However, leeks and chives are quite distinct greens with varying flavours, health benefits, and culinary uses. 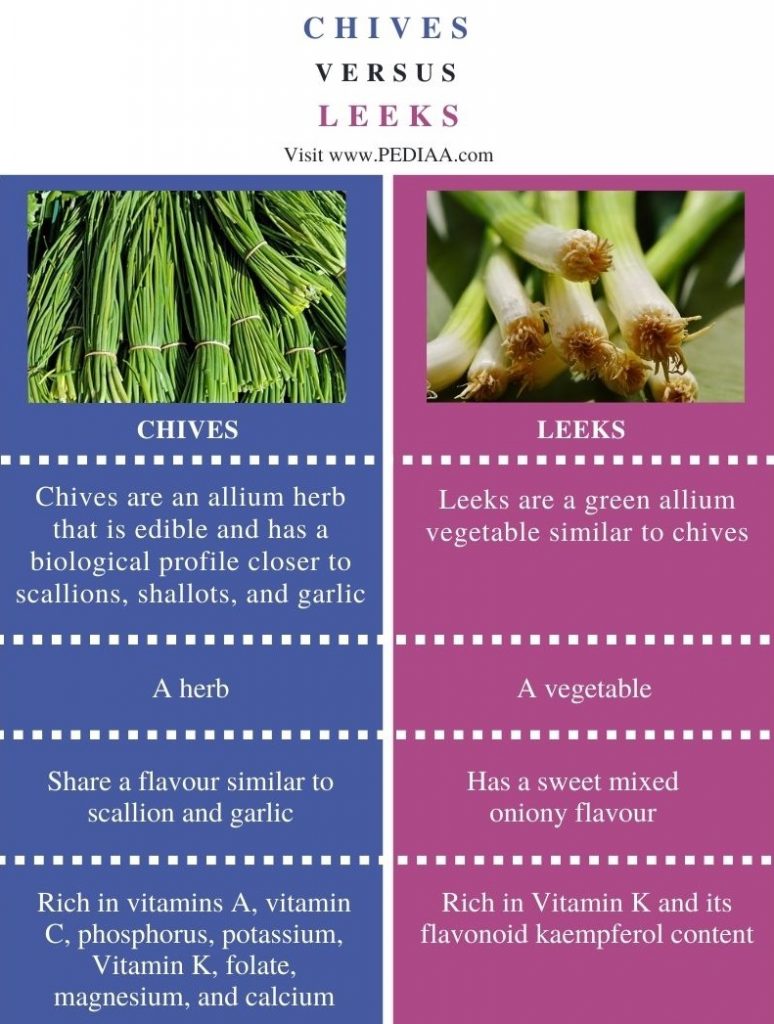 Chives derive from the Allium schoenoprasum perennial plant. They are edible herbs with a biological profile closer to scallions, shallots, and garlic. Chives are often available in the local markets and grocery stores. Chives have a lot of culinary uses. For instance, chefs use fresh chives to season potatoes, soups, and fish. Chives come with long thin stems. They bear pastel pink flowers that are edible. Chefs use chive flowers in salads and for garnishes. 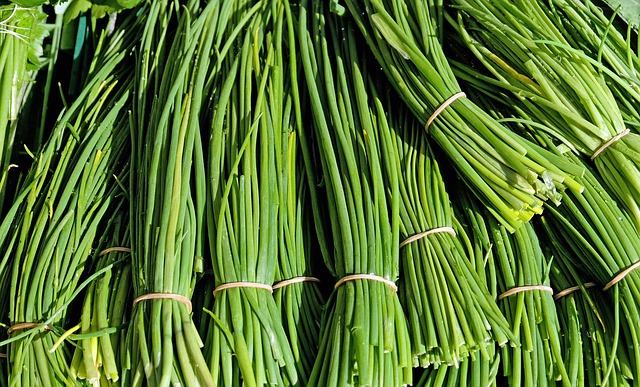 Regular consumption of chives can bring you loads of health benefits as chives are packed with vitamins, minerals, and antioxidants. Furthermore, they are quite low in calories. For instance, 3 grams of chives include only 1 gram of calories and 1 gram of fat. But it provides 3% of the vitamins A and C intake essential for our body per day. They also contain phosphorus, potassium, Vitamin K, folate, magnesium, and calcium.

Most significantly, since chives are a rich source of antioxidants, their daily intake helps the human body to fight and prevent prostate cancer and stomach cancer. Chives help to maintain human bone health, give you proper sleep and help you to maintain a good mood. The choline nutrient content in chives directly affects better memory, mood, and sleeping patterns.

Referred to as Allium porrum, leeks are green vegetables similar to chives, garlic, and scallions. We use leeks in many different daily recipes. We can even serve leeks in vinaigrette. Chopped leeks are frequently used in preparing French, Turkish, and Welsh dishes. When you remove the tough outer layer of leeks, you find a juicy vegetable that gives your taste buds a slightly sweet oniony flavour. 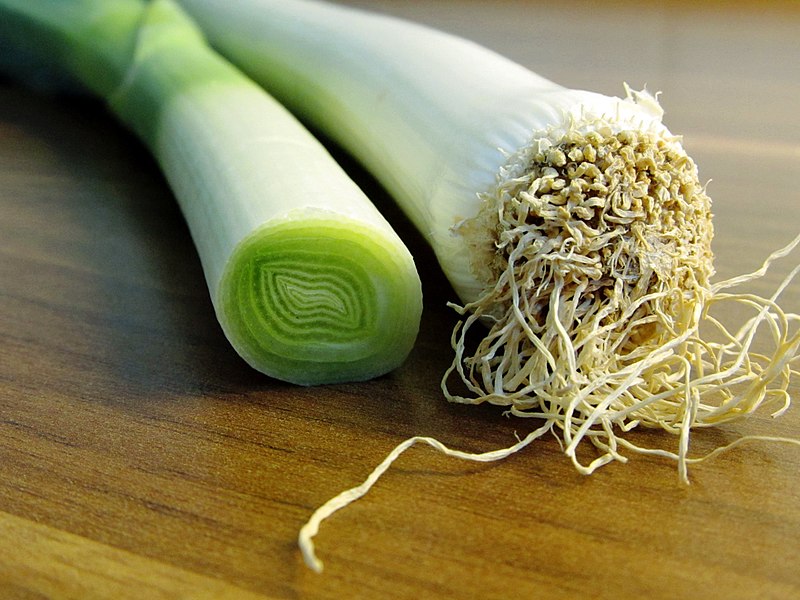 If you are trying to burn some calories and shed some pounds, leeks are a perfect alternative as this vegetable is incredibly rich in nutrient compounds, such as Vitamin K and free in fat and low in calories. Most importantly, leeks help you to improve your cardiovascular health as this vegetable has a higher content of flavonoid kaempferol, which helps to protect our blood vessel linings.

Similarities Between Chives and Leeks

Difference Between Chives and Leeks

Chives are an allium herb that is edible and has a biological profile closer to scallions, shallots, and garlic, while, leeks are a green allium vegetable similar to chives.

Leeks include a sweet mixed oniony flavour, while chives share a flavour similar to scallion and garlic.

Chives are rich in vitamins A, vitamin C, phosphorus, potassium, Vitamin K, folate, magnesium, and calcium, while leeks are rich in Vitamin K and its flavonoid kaempferol content.