Home » Language » What is the Difference Between Oxford Comma and Comma

The main difference between Oxford comma and comma is that an Oxford comma refers to a comma that usually comes before the final conjunction of a sentence, while a regular comma is a punctuation mark that depicts the divisions in a particular sentence.

We generally use a regular comma to separate words, clauses, or phrases that need a little pause. Apart from making the readers know where and when to pause, the regular comma also helps to order the sequential elements of a sentence. Although the regular comma comes with a grammatical function, the Oxford comma is only a stylistic choice made by the writer. 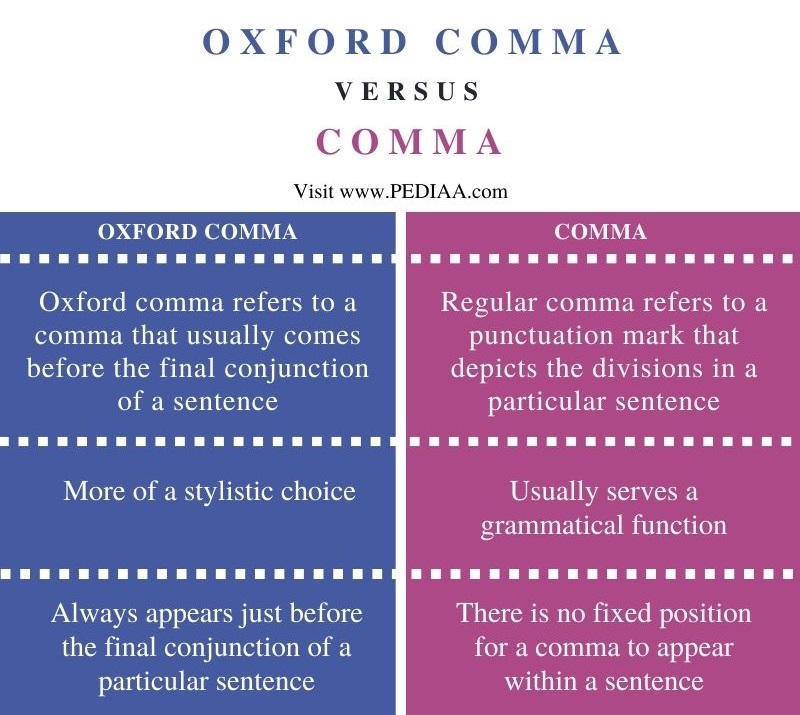 What is an Oxford Comma

An Oxford comma is the final comma writers usually use to separate the items in a list of three or more items. Sometimes, grammarians also call this a terminal comma. For instance, look at the following sentence.

The recipe includes some everyday ingredients such as tomatoes, pumpkin, butter, flour, and olive oil 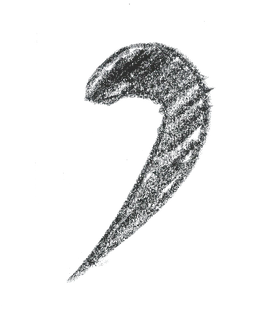 Using the Oxford comma is sometimes quite significant as the simple use of a terminal comma can avoid potential misunderstandings and confusions. For instance, if you consider the following sentence

Yesterday, I went to have dinner with my friends, Anna and a talented dancer.

Written like this, it could mean that the speaker’s friends are Anna and another person who is a talented dancer. Therefore, by inserting a terminal comma, the sentence could render a clear meaning to the reader.

Yesterday, I went to have dinner with my friends, Anna, and a talented dancer.

What is a Comma?

A comma is a punctuation mark we use in writing to mark the divisions in sentences. We usually use a comma to separate words, clauses, or phrases. When a comma is inserted, the reader gets the idea that he or she should pause for a second and take a breath. Therefore, a comma is a grammatical necessity, and it orders the sequential elements of a particular sentence. 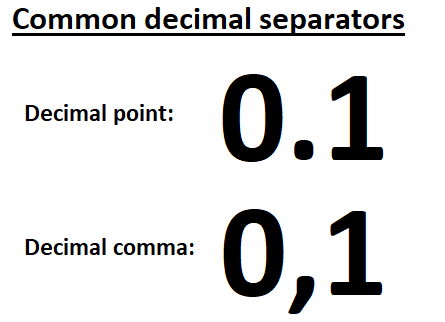 When you focus on the other uses of the comma,  we use commas to write out dates under the month-day-year format and also to express large numbers. When writing such numbers using commas, we break them into three-digit blocks, making them easier to read.

Difference Between Oxford Comma and Comma

Regular comma usually serves a grammatical function, whereas the Oxford comma is more of a stylistic choice.

There is no fixed position for the regular comma to appear within a sentence, whereas the Oxford comma always appears just before the final conjunction of a particular sentence.

Oxford comma and regular comma appear exactly the same to our naked eye, although they have varying functions. Therefore, the main difference between Oxford comma and comma is their function. We use the Oxford comma usually before the final conjunction of a sentence. On the other hand, we usually use a regular comma as a punctuation mark that depicts the divisions in a particular sentence.