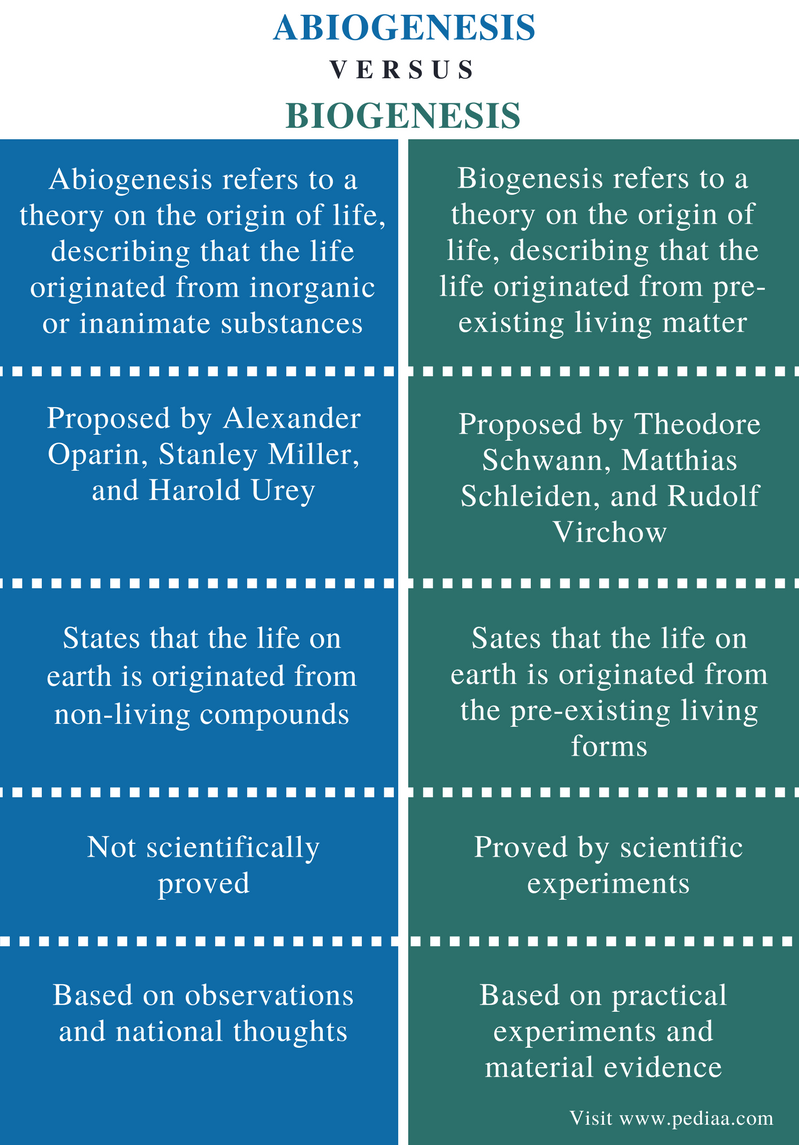 Abiogenesis refers to a theory on the origin of life, which states that life originated from inorganic or inanimate substances. Even after Darwin’s focus on the origin of species, some scientists tried to describe the evolution by means of abiogenesis.

A Russian biochemist named Alexander Oparin suggested that life on earth gradually originated from non-living substances through a sequence of chemical reactions. The atmospheric gases of the primitive earth were induced by lightning and other sources of energy to react with each other, forming simple organic compounds (monomers). These compounds accumulated in the “primordial soup” with high concentrations at some points such as oceanic vents and shorelines. Subsequent self-assembling of these simple organic compounds formed the complex organic compounds (polymers) such as carbohydrates and proteins. These, in turn, might organize into living cells by themselves. 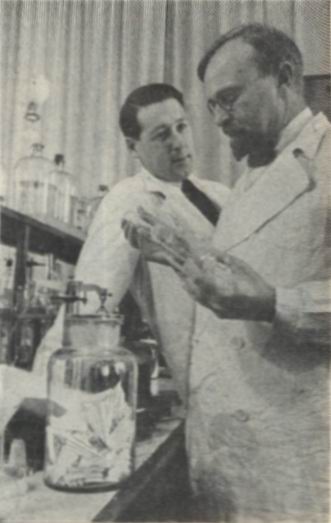 Stanley Miller and Harold Urey conducted an experiment, attempting to simulate the conditions of the primitive earth atmosphere. At the bottom of a flask, water was boiled into vapor, and then the vapor was passed through an apparatus, combining with hydrogen, ammonia, and methane gases. The resultant mixture was subjected to a 50,000 Volt spark. Then the mixture was cooled, and the resulting tar-like substance was collected. They found building blocks of life such as amino acids in the tar-like substance. 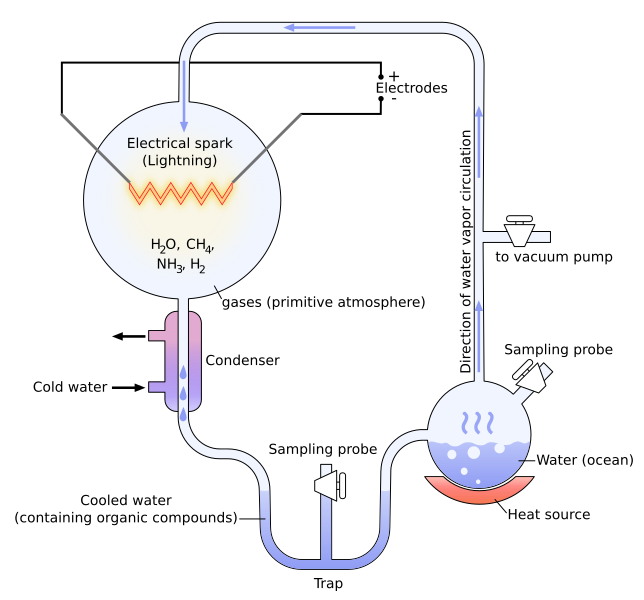 This experiment demonstrated how organic compounds have formed spontaneously; thereby, it strongly supports the primordial soup hypothesis of the Oparin. But, the oxygen gas presented in the primordial earth might prevent the formation of organic compounds. But, in the 1950s, scientists believed that primordial earth had a very little oxygen. However, geological evidence suggests that substantial quantities of oxygen were present in the early atmosphere. Thus, if the gases were used in the correct proportions as the early atmosphere, amino acids might not form in the flask.

Biogenesis refers to a theory on the origin of life, describing that life originated from pre-existing living matter. This concept was first described by Louis Pasteur. He encompassed that living things can only come from pre-existing living things by means of reproduction. The theory is summarized in the phrase Omne vivum ex vivo, Latin for “all life [is] from life.”  This statement is one of the key statements of the cell theory. 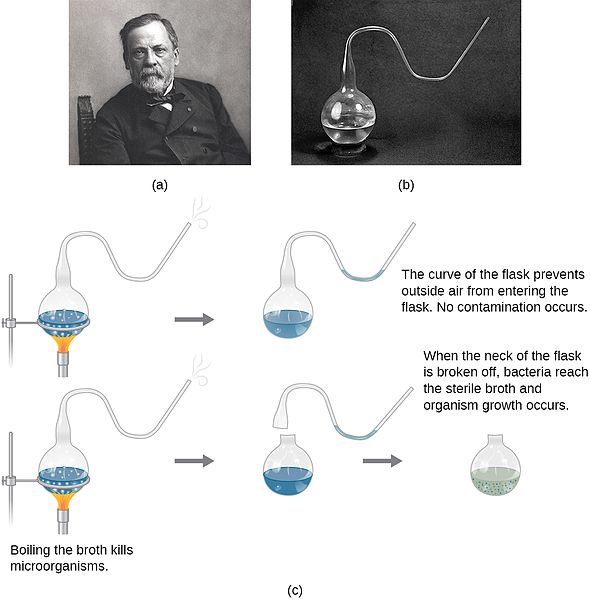 Since it is scientifically proved, biogenesis is the widely accepted phenomenon of origin of life on earth from past 150 years.

Similarities Between Abiogenesis and Biogenesis

Difference Between Abiogenesis and Biogenesis

Abiogenesis: Abiogenesis refers to a theory on the origin of life, describing that the life originated from inorganic or inanimate substances.

Biogenesis: Biogenesis refers to a theory on the origin of life, describing that the life originated from pre-existing living matter.

Biogenesis: Biogenesis was proposed by the cell theory of Theodore Schwann, Matthias Schleiden, and Rudolf Virchow.

Abiogenesis: Abiogenesis states that the life on earth is originated from non-living compounds.

Biogenesis: Biogenesis states that the life on earth is originated from the pre-existing living forms.

Abiogenesis: Abiogenesis is not scientifically proved.

Abiogenesis: Abiogenesis is based on observations and national thoughts.

Biogenesis: Biogenesis is based on practical experiments and material evidence.