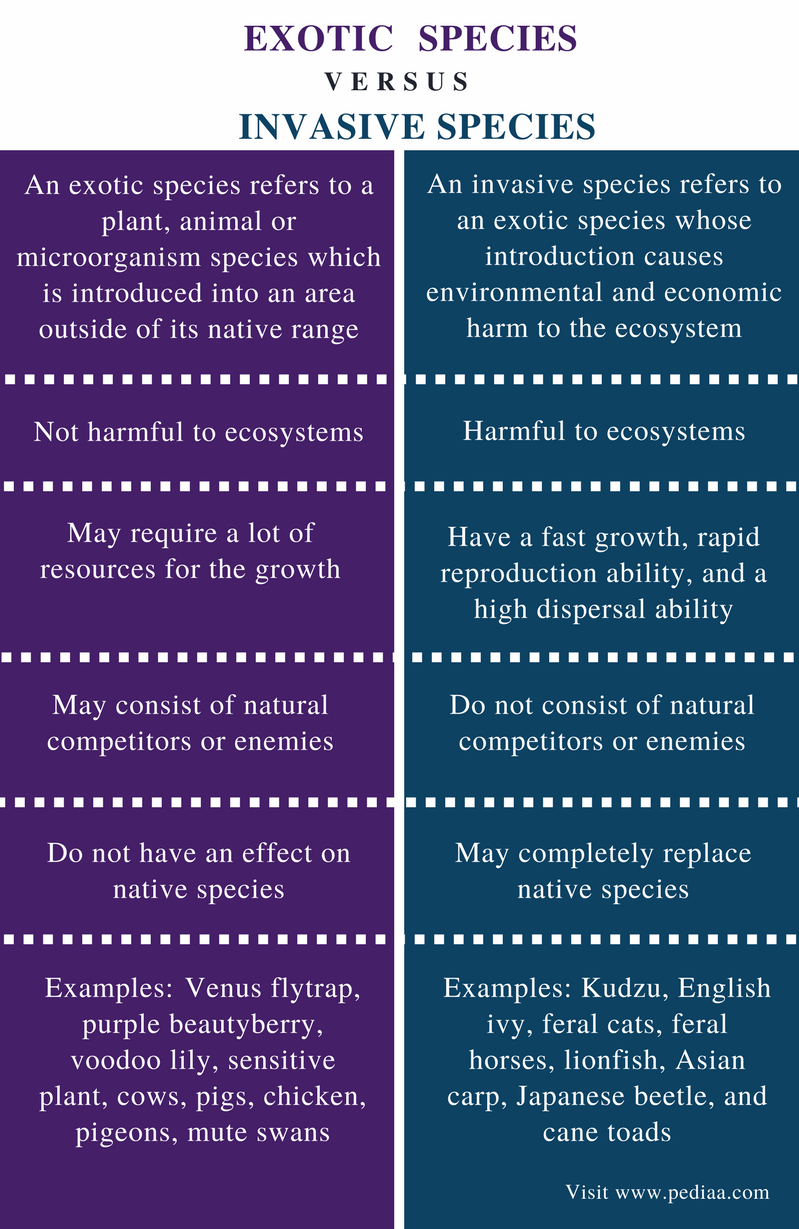 What is an Exotic Species

An exotic species refers to a plant, animal or microorganism species, which is introduced into an area where it does not occur naturally. Plants are introduced into new ecosystems in both agriculture and horticulture. In addition, settlers bring seeds of plants from their homelands due to the economic or medicinal properties of those plants. Most of these exotic plants do not flourish in the wild. But, some plants get adapted to the environmental and climate changes and reproduce to invade the wild areas as well. The Venus flytrap (Dionaea muscipula), purple beautyberry (Callicarpa dichotoma), voodoo lily (Amorphophallus spp.), Sensitive Plant (Mimosa pudica), Cycad (Encephalartos woodii), Flypaper Plant (Pinguicula gigantea), Corpse Flower (Amorphophallus titanum), and Dancing Plant (Desmodium Gyrans) are some examples of exotic plants. Sensitive plant is shown in figure 1. 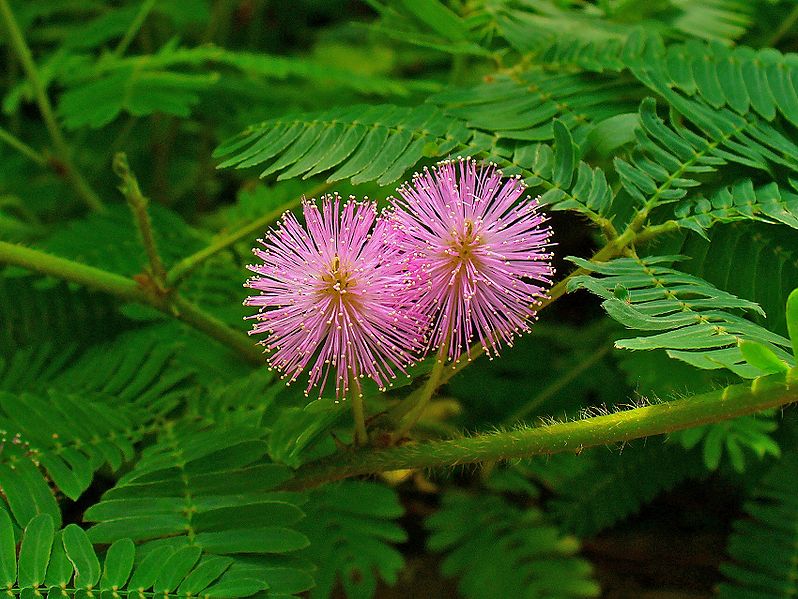 As mentioned above, exotic species can also include animals. Exotic animals such as cows, pigs, chicken, pigeons, mute swans, cats, dogs, and horses are mostly domesticated. These animals can also become feral. The native plants are endangered by those feral exotic animals.

What is an Invasive Species 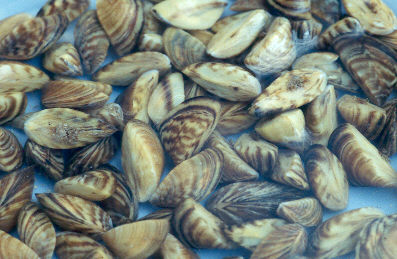 Zebra mussel is an introduced species to the bilge water. Zebra mussels are shown in figure 3. 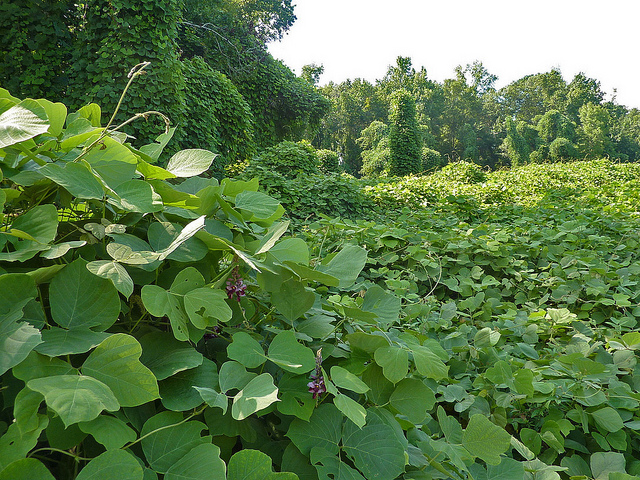 But these mussels are now colonized and compete for zooplankton with native animals. They also become problematic in lakes and rivers since they clog up the waterways. House mice, feral cats, feral horses, lionfish, Asian carp, Japanese beetle, and cane toads are some examples of invasive animals.

Similarities Between Exotic and Invasive Species

Difference Between Exotic and Invasive Species

Exotic Species: An exotic species refers to a plant, animal or microorganism species, which is introduced into an area outside of its native range.

Invasive Species: An invasive species refers to an exotic species whose introduction causes environmental and economic harm to the ecosystem.

Exotic Species: Exotic species are not harmful to ecosystems.

Exotic Species: Exotic species may require a lot of resources for the growth.

Exotic Species: Exotic species does not have an effect on native species.