Karyokinesis is the equal distribution of genetic material between two nuclei, which is the first step of cell division. It is composed of a series of sequential events of chromosomal segregation, collectively referred to as mitosis. Mitosis is one of the two types of nuclear division that occurs in vegetative cells during asexual reproduction, in order to increase the number of cells in the population. The other type of nuclear division is meiosis, which is observed in germ cells during the production of gametes in sexual reproduction.

The mitotic phase is called the M phase of the cell cycle. Eukaryotic chromosomes are replicated during S phase of the interphase, which is the first phase of the cell cycle. Interphase is followed by the M phase. Replicated chromosomes contain two sister chromatids joined together by their centromeres. Two types of mitosis can be identified among organisms: open mitosis and closed mitosis. During the open mitosis in animals, nuclear envelope is broken down in order to separate the chromosomes. But in fungi, chromosomes are separated in the intact nucleus, which is called closed mitosis. An overview of mitosis is shown in figure 1.

An Overview of Mitosis

Replicated chromosomes are tightly coiled by chromosome condensation, exhibiting short, thick, thread-like structures during the interphase. Their centromeres are also attached to the kinetochores, which is an important type of proteins in nuclear division. Proteins required for the cell division are synthesized during the interphase, and cellular components including organelles increase their number. 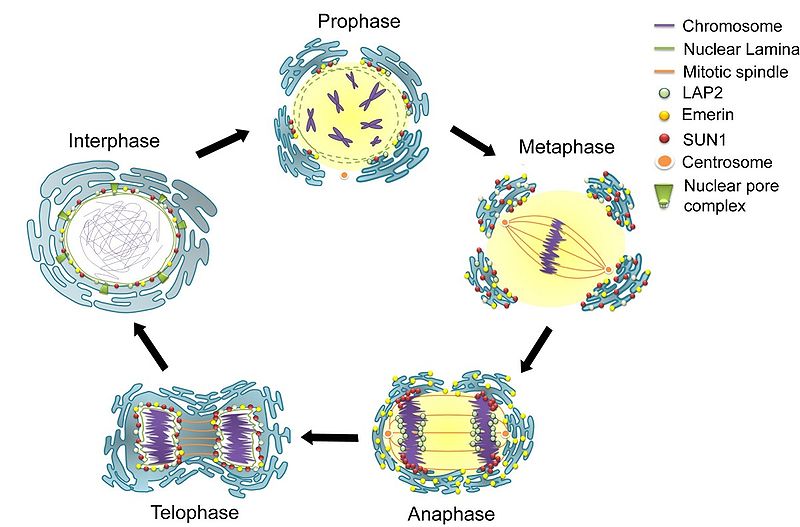 Figure 2: Phases of Mitosis with Interphase

Cytokinesis is the division of the cytoplasm into two daughter cells, along with the two daughter nuclei, organelles, and cytoplasm. During the cell cycle of eukaryotes, karyokinesis is followed by the cytokinesis. The process of approximately equal division of the cytoplasm is called the symmetrical cytokinesis. On the contrary, during oogenesis, the ovum consists of almost all the organelles and the cytoplasm of the precursor germ cell, genocytes. Cells of the tissues like liver and skeletal muscle omit the cytokinesis by producing multi-nucleated cells.

The main difference between plant cell and animal cell cytokinesis is the formation of new cell wall surrounding the daughter cells in plants. In plant cells, a cell plate is formed in the middle of the parent cell with the aid of microtubules and vesicles. Phragmoplast is the microtubule array, supporting and guiding the cell plate formation. Vesicles containing proteins, carbohydrates, and lipids are trafficked into the midzone of the phragmoplast by microtubules. Vesicles are fused with microtubules, forming a tubular-vesicular network. The deposition of cell wall components like cellulose, hemicellulose, and pectin leads to the maturation of the cell plate. This cell plate grows towards the cell membrane (centrifugal). 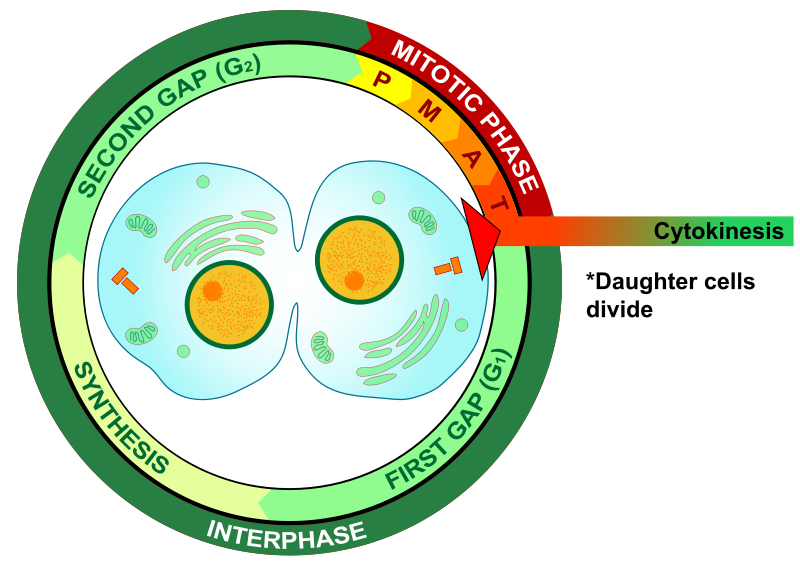 Difference Between Karyokinesis and Cytokinesis

Cytokinesis: The division of the cytoplasm is known as cytokinesis.

Cytokinesis: Cytokinesis is the final step in cell division.

Karyokinesis: The nucleus of the cell is divided into two daughter nuclei during karyokinesis.

Cytokinesis: The cytoplasm of the parent cell is divided into two daughter cells curing cytokinesis.

Cytokinesis: During cytokinesis, approximately equal distribution of cellular organelles along with the cytoplasm takes place.

Karyokinesis: Karyokinesis is a sequential process involving the complex segregation of genetic material.

Karyokinesis: Spindle formation and movement of chromosomes occur during karyokinesis.

Cytokinesis: Formation of the cell plate or cleavage furrow occurs during cytokinesis.

Karyokinesis: Karyokinesis is usually referred to as the mitotic division.

Cytokinesis: Cytokinesis is referred to as the cytoplasmic division in both mitotic and meiotic cell divisions.

Cytokinesis: Cytokinesis does not occur without karyokinesis.

Karyokinesis and cytokinesis are two steps in the cell division. Karyokinesis is also known as mitosis. During mitosis, replicated chromosomes in the parent nucleus are equally divided into two daughter nuclei through several sequential events, known as phases. Prophase, metaphase, anaphase and telophase are the four phases of the nuclear division. The equal segregation of chromosomes in the parent nucleus into two daughter nuclei is ensured by the spindle apparatus. Karyokinesis is followed by the cytokinesis in the mitotic division. In plant cells, the cytoplasm of the parent cell is divided by the formation of a cell plate in the middle of the parent cell. In animal cells, a cleavage furrow is formed by the plasma membrane, separating the two daughter cells. The main difference between karyokinesis and cytokinesis is the distribution of materials during the two processes.